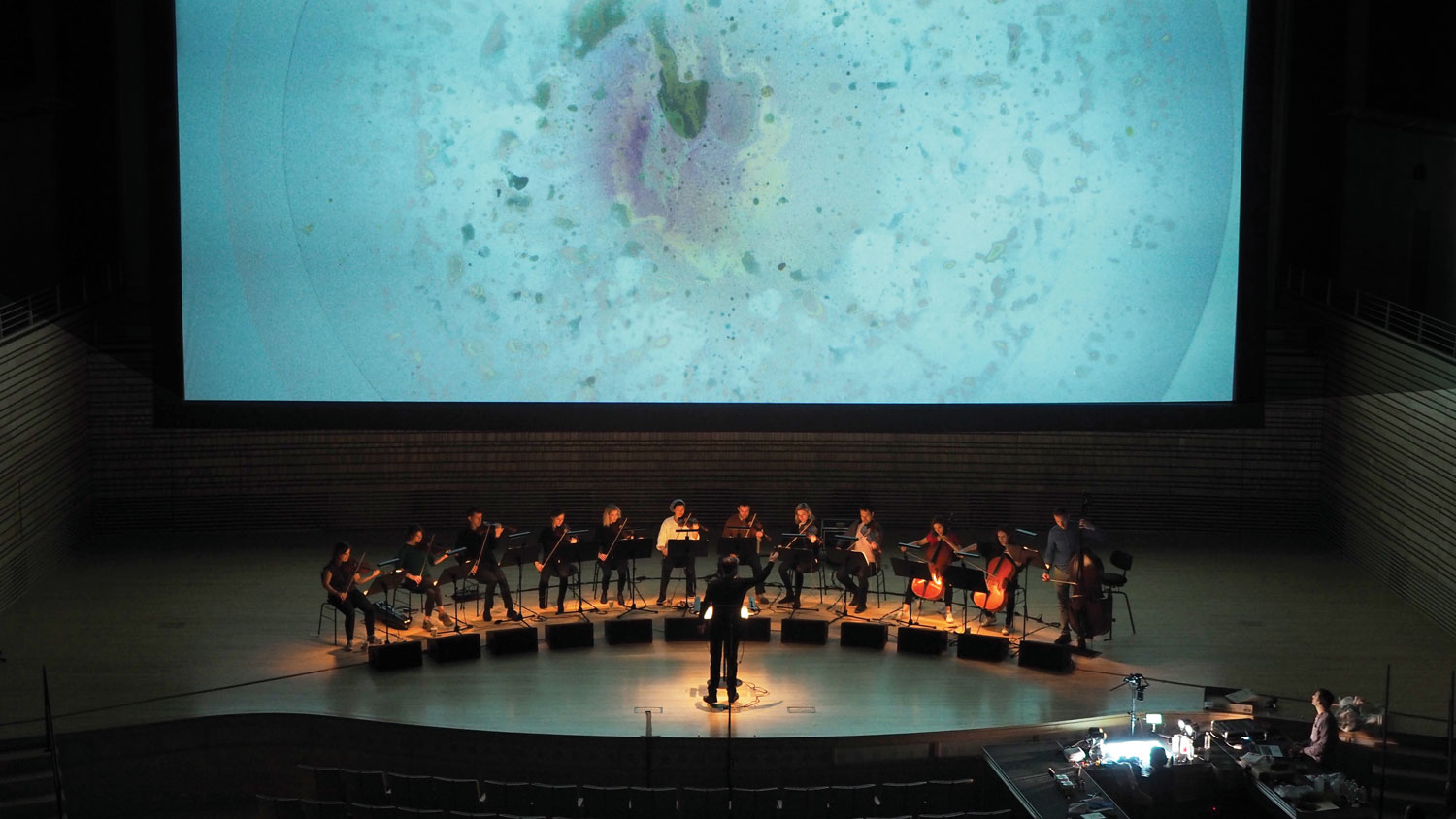 Pulitzer Prize-winning composer and Bang on a Can co-founder David Lang brought his pensive evening-length piece, darker, to EMPAC, for a recording residency and performance featuring Ensemble Signal with live projections by Suzanne Bocanegra.

Scored for 12 strings, darker is a slow exploration of sound. At times, it gives the ensemble the feel of a giant pipe organ or, with the aid of visual artist Suzanne Bocanegra’s live projections, the feel of splattering rain on an immoveable wall. As much a hypnotic sonic and visual object as it is a piece of music, darker weaves its intricate solo lines into a delicate and subtly emotional fabric.

Suzanne Bocanegra is an artist living and working in New York City. Her recent work involves large-scale performance and installation, frequently translating two dimensional information, images and ideas from the past into three dimensional scenarios for staging, movement, ballet, and music.