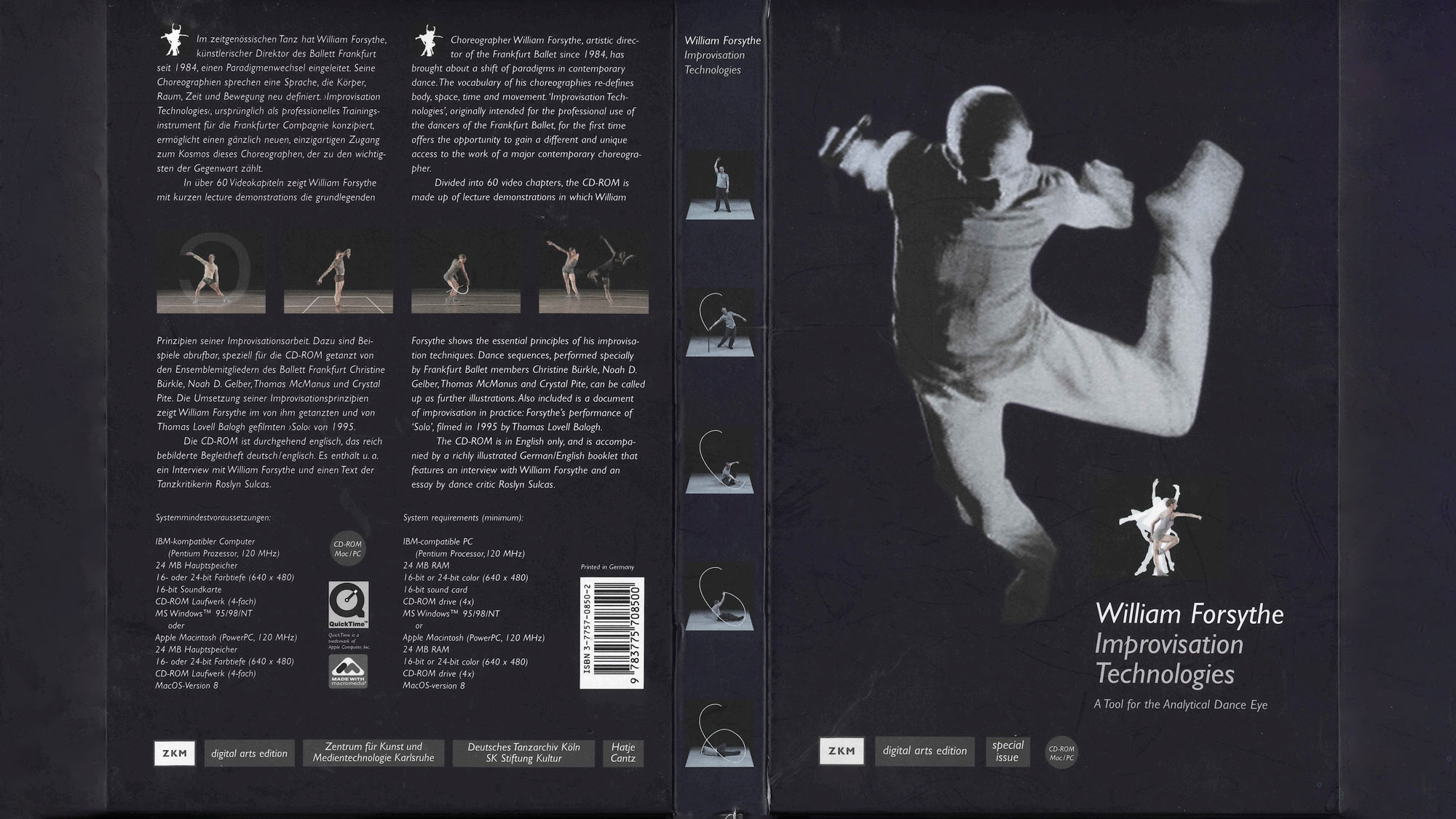 The CD-ROM William Forsythe, Improvisation Technologies—A Tool for the Analytical Dance Eye, published in 1999, was designed as a pedagogical tool for the prolific choreographer. At the same time, the implementation as CD-ROM was paradigmatic in how technology at the time could be used to communicate principles of choreography and dance and was widely circulated in dance and dance studies communities. The interactive CD was developed, produced, programmed, and published by ZKM Center for Art and Media Karlsruhe, Germany in cooperation with the Deutsches Tanzarchiv Köln.

In lockstep with the baked-in obsolescence of digital technology, the CD-ROM has become inaccessible as Macintosh OS9 and supported hardware started fading away already in the first ten years after its publication.

As part of the development of a digital time-capsule, a video capture of the CD-ROM makes the content accessible and allows to understand the design and interaction of the original media. All materials of the original publication are documented, including the accompanying booklet with essays and additional information. The video as posted on YouTube is subdivided into chapters, which follow the menu structure of the CD and allow quick jumps.

This video capture is a documentation (as opposed to a port which would preserve the interactivity of the original). The framework of hardware, operating systems, drivers, programs etc. which are needed to play media created for the specific configuration of technology this CD-ROM requires, will not be easily accessible by people who are interested in “just” the content. Potentially someone will have the old technology in the required configuration available or will have an emulation of the operating system on a contemporary computer—but already making this video capture required some resuscitating measures of old systems. By using a video format, which most certainly will be supported for decades, because the media industry has an interest in keeping material accessible, which are encoded in this format. So it might be foreseeable that the content and design of this CD-ROM will be available for more than 10 years…