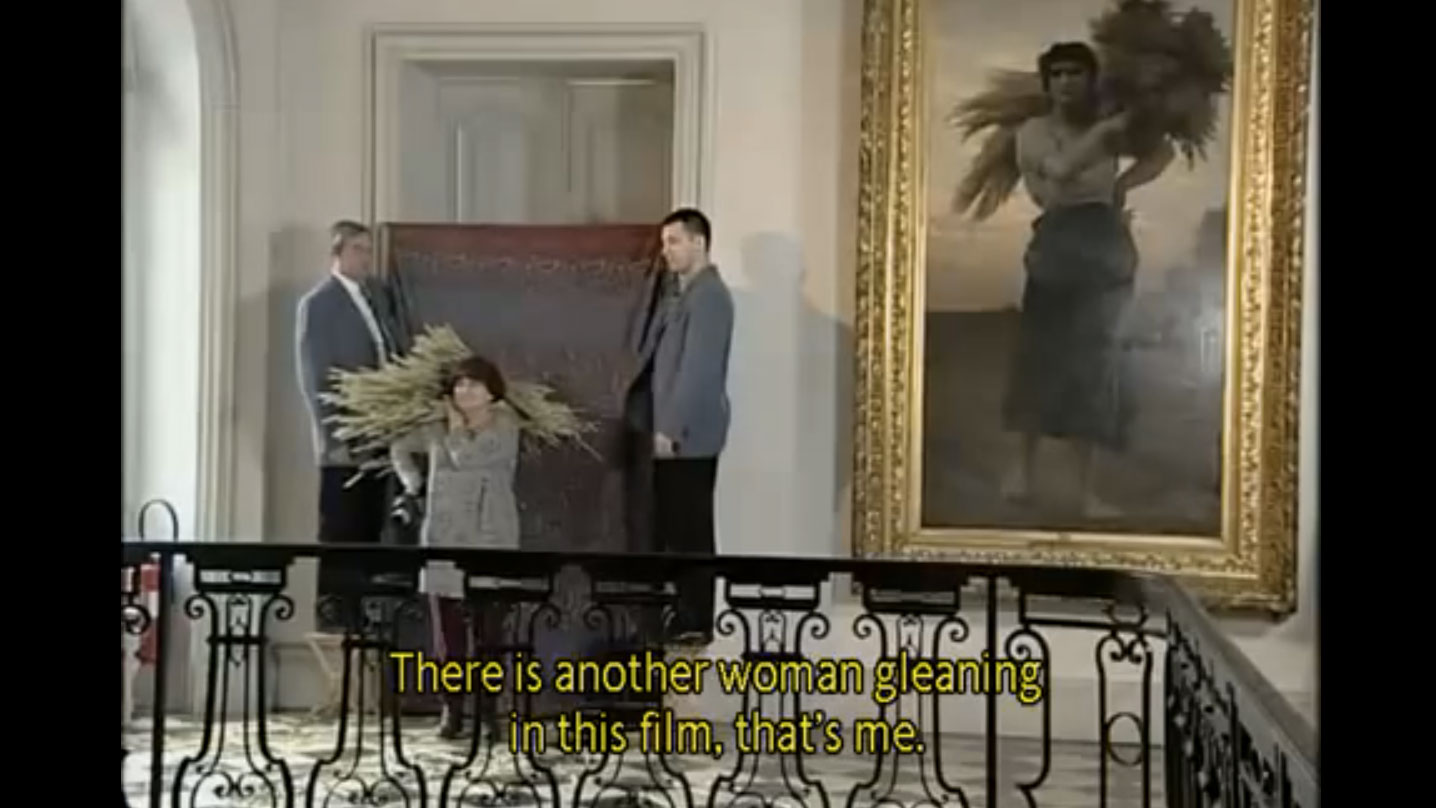 Departing from Les Glaneuses, Jean-Francois Millet’s celebrated 1867 portrait of women picking through a harvested wheat field, French filmmaker Agnès Varda constructs a moving and thoughtful visual essay on the concept and lifestyle of gleaning, or scavenging, once ubiquitous in rural 19th century France. Varda’s film is both a social documentary and a frank and personal rumination on the experience of marginalization. By focusing on the overlooked, an open view emerges of our own attitudes towards usefulness, aging, decay and the discarded. The intrepid septuagenarian filmmaker embarks on a road trip to find France’s contemporary gleaners – young vandalizers, trash artists, a former truck driver – all the while commenting on what she sees with compassion and wry humor. Varda sees herself is a gleaner of images, objects, people, thoughts. As she travels through this wandering-road-documentary, gathering the film’s images, she collects heart-shaped potatoes that would otherwise be tossed or a silent broken clock that ends up on her mantle.