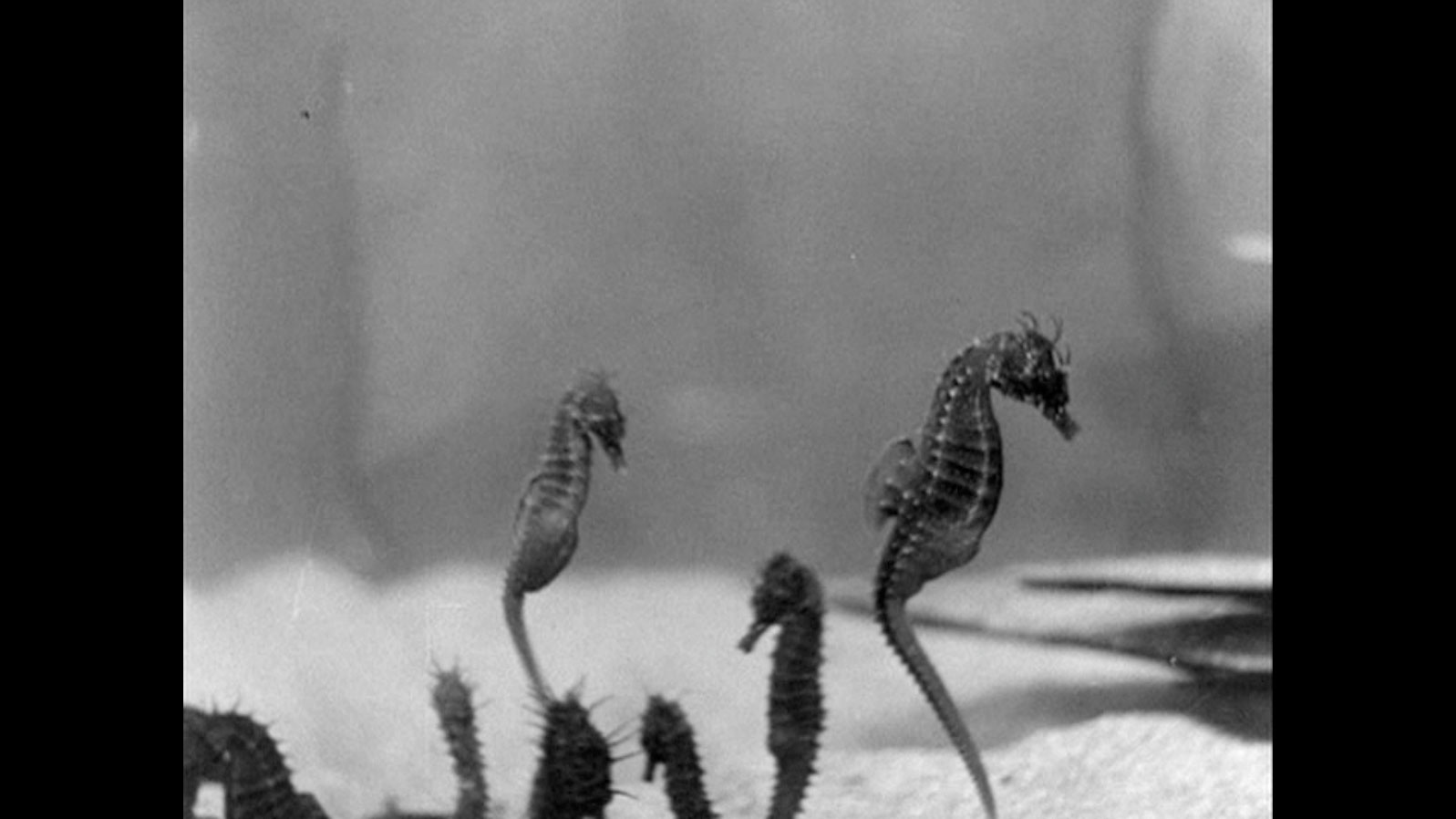 The Sounds of Science

Unfiction is a series of documentary films that turn truth into something other than fact, using poetry and imagination, rather than transparency and objectivity. These filmmakers question the very notion of authenticity, and disobey the typical documentary filmmaking practices; instead they stage their own realities on location, employing techniques such as reenactment, personal voice-overs and special effects. The mesmerizing science films of Jean Painlevé (1902-89) are at once surrealist-influenced dream shorts and serious science documentaries. The pioneering French scientist-educator-filmmaker -inventor (and sometime Dadaist) had a decades-spanning career in which he created hundreds of short films on subjects ranging from astronomy to pigeons to, most famously, the curiosities of marine-life. The eight short films in the Sounds of Science screening are accompanied by an equally hypnotic and dreamy score by rock band Yo La Tengo.

Jean Painlevé was a film director, critic, theorist, and animator, yet his interests and studies also extended to mathematics, medicine, and zoology. Amazingly, all these disparate strands came together in a groundbreaking, decades-spanning artistic career. Operating under the credo: Science is Fiction, Painlevé forged his own unique cinematic path, creating countless short films for both the viewing public and the scientific community. Moreover, he was also one of the first filmmakers to take his camera underwater. Surreal, otherworldly documents of marine life, these films transformed sea horses, octopi, and mollusks into delicate dancers in their own floating ballets. This anthology features twenty-three of Painlevé’s shorts in their original form, as well as Yo La Tengo’s ninety-minute original score The Sounds of Science, written in 2001 to accompany eight of the director’s films.