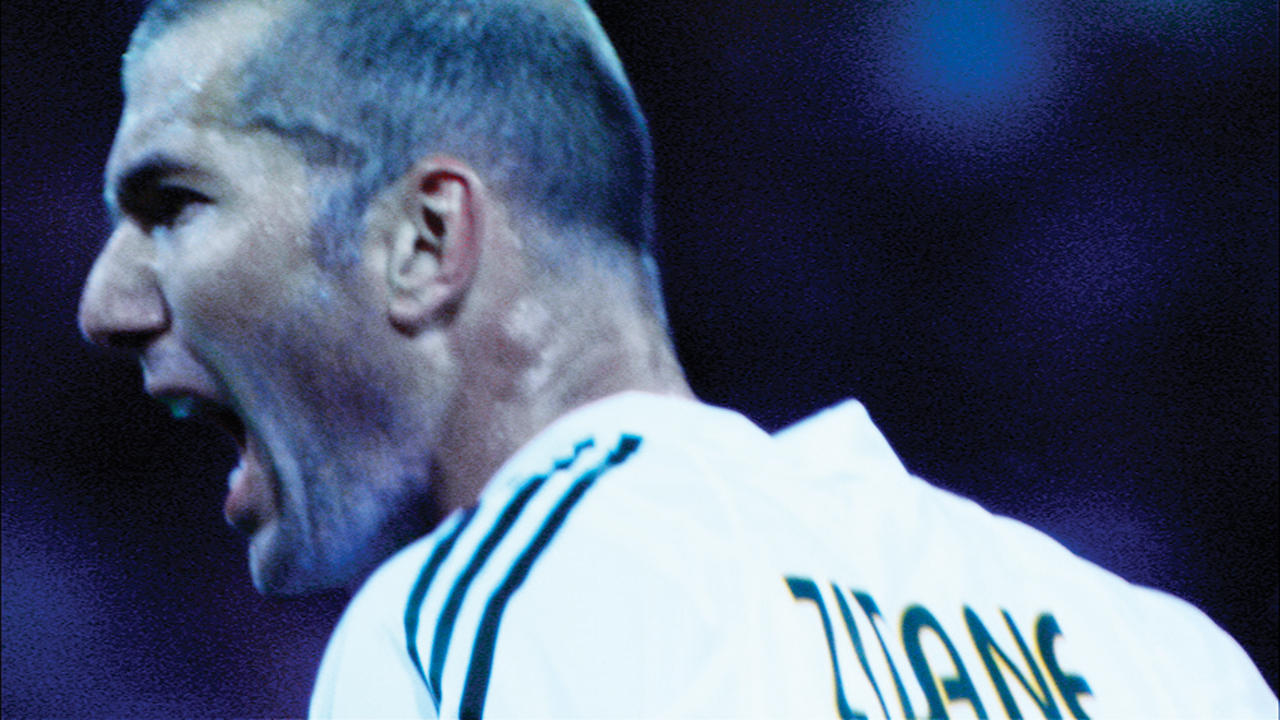 Over the course of a single match (Villareal vs. Real Madrid, April 2005), 17 film and video cameras captured every move — every step, every squint, every strike — of legendary footballer Zinedine Zidane. Directors Phillipe Parreno and Douglas Gordon have used their documentation to create a modern portrait that is equal parts performance, athletic event and intensely personal reverie.

Via a surround mix of audio, viewers in EMPAC’s Theater will be immersed in this poignant examination of the human condition of the athlete and of athlete as performer.

As guitar distortion washes from the stage, the murmur and roar of avid fans pans and circles the audience, punctuated here and there by the sharp bark of Zidane’s advice to his teammates or his amplified breath in full sprint.

Set to a soundtrack by Scottish post-rock phenoms Mogwai, the filmmakers present a spectacular meditation on the joys of both physical virtuosity and spectatorship.

Much of the actual match is relayed only in Zidane’s expression and posture — a watchful patience, a sudden explosion — though occasional subtitles offer hints at the star’s thoughts, lending poetry to motion.