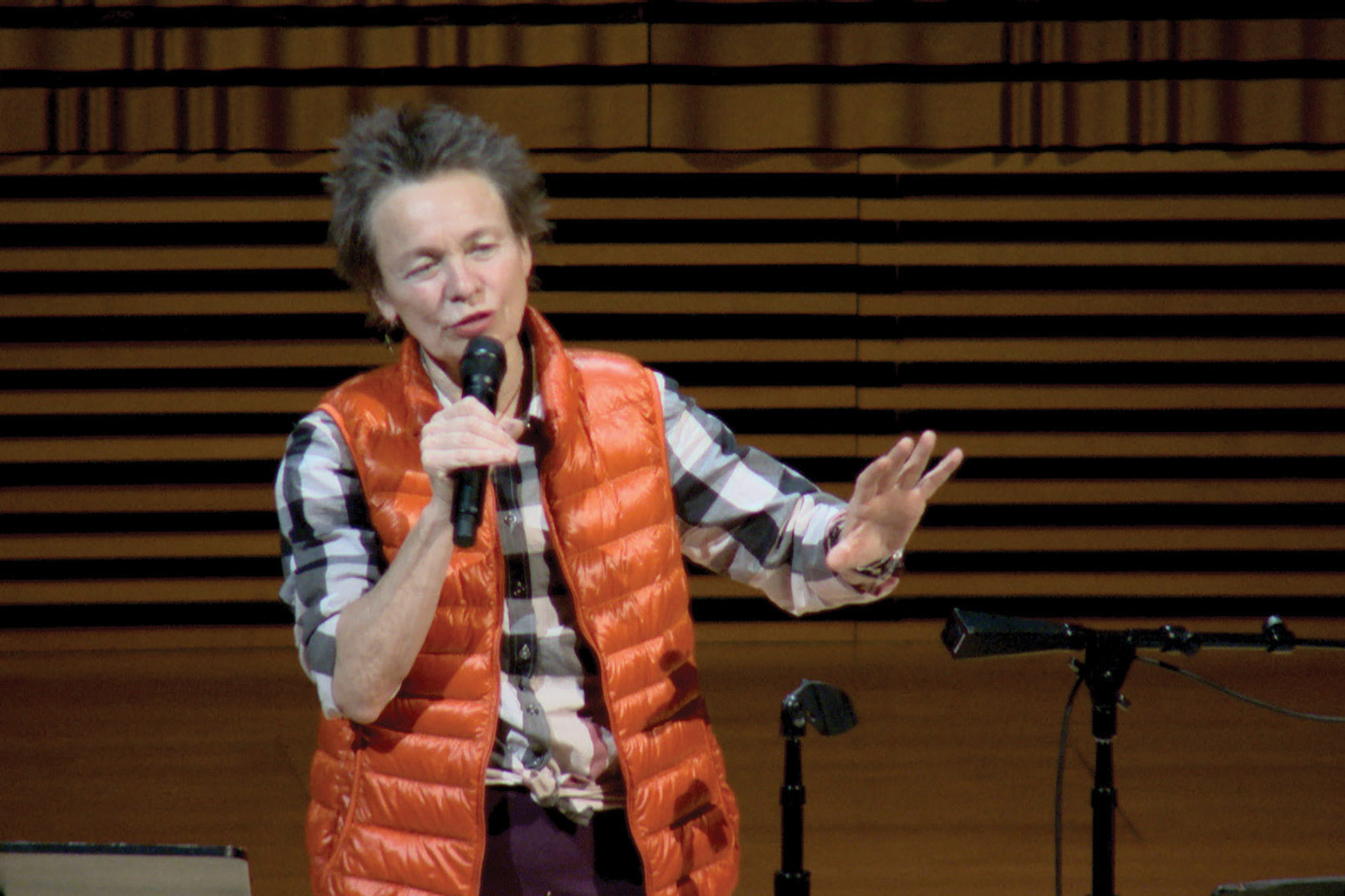 As one of America’s foremost contemporary artists; a persistent experimenter at the intersection of performance, media, and technology; and an inventor of tools and instruments, Laurie Anderson and EMPAC’s exceptional research and production environment for adventurous new work are an ideal match.

The residency provides Anderson with wide access to space, technology, and support for creative experimentation, but just as important, brings the artist into ongoing dialogue with students and faculty at Rensselaer.

Anderson’s voice being altered through electronics—creating her alter ego—is as much a part of her work as her singing, talking, and storytelling voices. This talk explored the many voices she created over the years.

One of America’s most renowned performance artists, Laurie Anderson’s genre-crossing work encompasses performance, film, music, installation, writing, photography, and sculpture. She is widely known for her multimedia presentations and musical recordings and has numerous major works to her credit, including United States I-V (1983), Empty Places (1990), Stories from the Nerve Bible (1993), Songs and Stories for Moby Dick (1999), and Life on a String (2001), among others. She has had countless collaborations with an array of artists, from Jonathan Demme and Brian Eno to Bill T. Jones and Peter Gabriel.