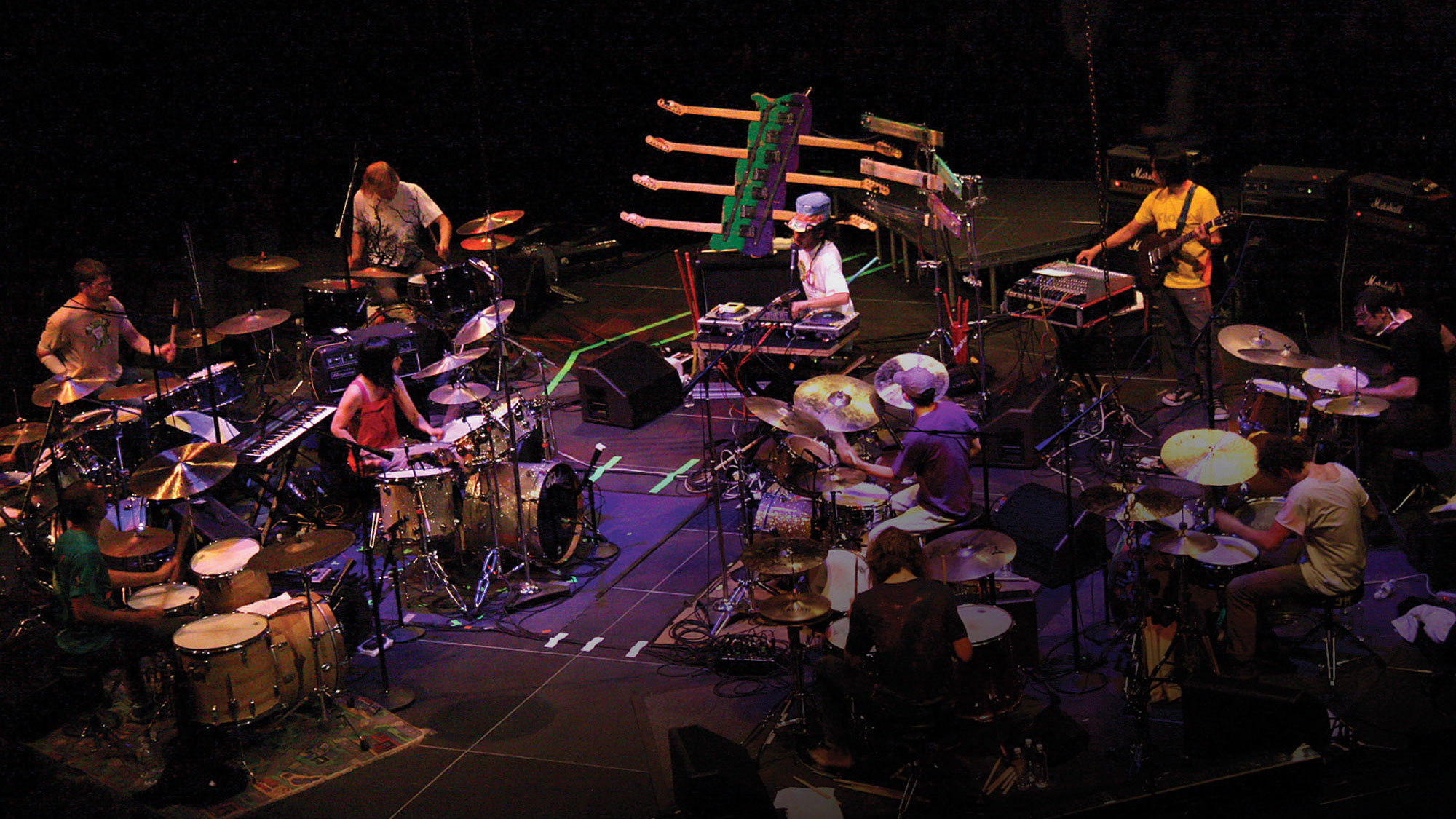 “Few bands are as conceptually bold and smart as this one (Boredoms).” — Ben Ratliff, The New York Times

Since their formation in the 1980s, Japan’s Boredoms have been exploring the proposition, as one of their members, Yamamoto Seichii, puts it, that “sound is everywhere. It is anything. And whatever we think is interesting sound, we begin to collage it together....but don’t take so seriously what we’re doing." The Boredoms’ Boadrum 9 show continues that tradition of omnivorous, free-ranging aural play. Its centerpiece is a circle of nine drummers—a step down from the 88 they once brought together on a New York stage but enough to generate a field of densely-layered ambient percussion that will literally shake anyone who enters it. Yet within that field, the listener encounters unexpected pockets of deep and meditative calm.

Opening for the Boredoms is the Atlanta trance-punk band Deerhunter, whose reverb-heavy sound incorporates influences from girl-group to garage. This special show at EMPAC, the kickoff to the New Nothing series takes place in the round, a reconfiguration of our classical concert hall into an environment for music and light spectacle.