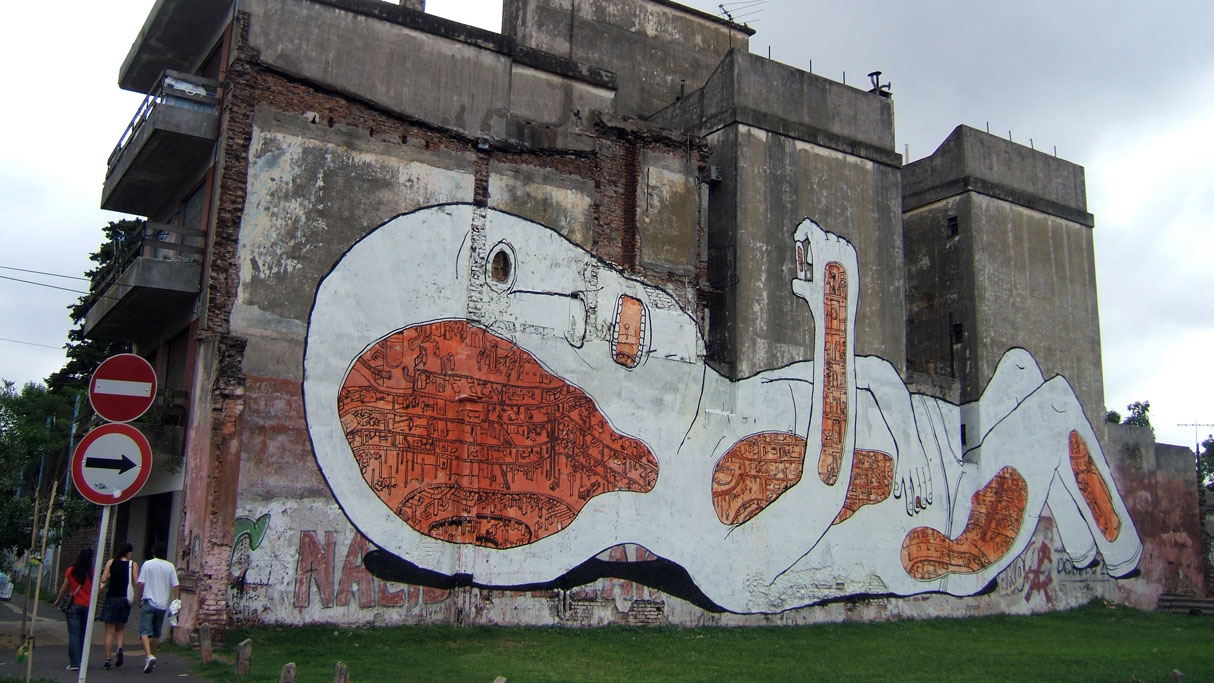 In Megunica filmmaker Lorenzo Fonda follows the Italian graffiti artist Blu through Mexico, Guatemala, Nicaragua, Costa Rica, and Argentina. The result is an ebullient and unscripted film, mixing animation and cinema verité, which asks broad questions about art in the urban landscape and its transformative powers. Unfiction is a series of documentary films that turn truth into something other than fact, using poetry and imagination, rather than transparency and objectivity. These filmmakers question the very notion of authenticity, and disobey the typical documentary filmmaking practices; instead they stage their own realities on location, employing techniques such as reenactment, personal voice-overs and special effects.