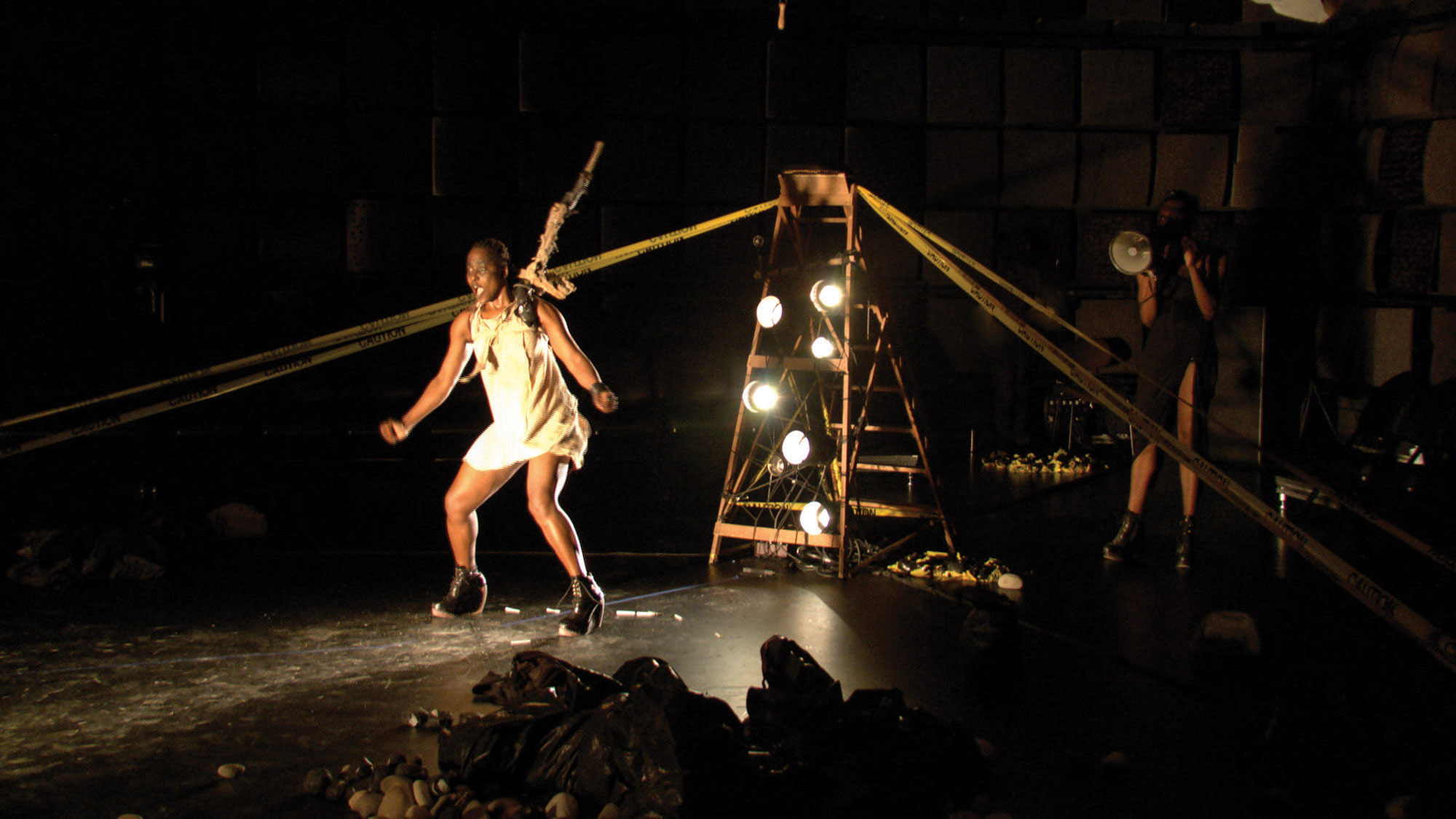 Choreographer and dancer Nora Chipaumire returned to EMPAC after working in residence in 2011 to present Miriam, a deeply personal dance-theater performance that looks closely at the tensions women face between public expectations and private desires; between selflessness and ambition; and between the perfection and sacrifice of the feminine ideal. The inspiration for the work springs from the cultural and political milieu of Chipaumire’s southern African girlhood, her self-exile to the US, and her self-discovery as an artist. Performed by Chipaumire and Okwui Okpokwasili, Miriam renders the intensity of women who fight to create themselves despite the dual legacies of strict cultural traditions and imperialist racial views that define female beauty and power.

Born in Zimbabwe and based in New York City, Chipaumire has studied dance in many parts of the world including Africa (Senegal, Burkina Faso, Kenya, and South Africa), Cuba, Jamaica, and the US. She was a 2012 Alpert Award in the Arts recipient, a 2011 United States Artist Ford Fellow, and a two-time New York Dance and Performance (Bessie) award winner.

Created and Written by Nora Chipaumire