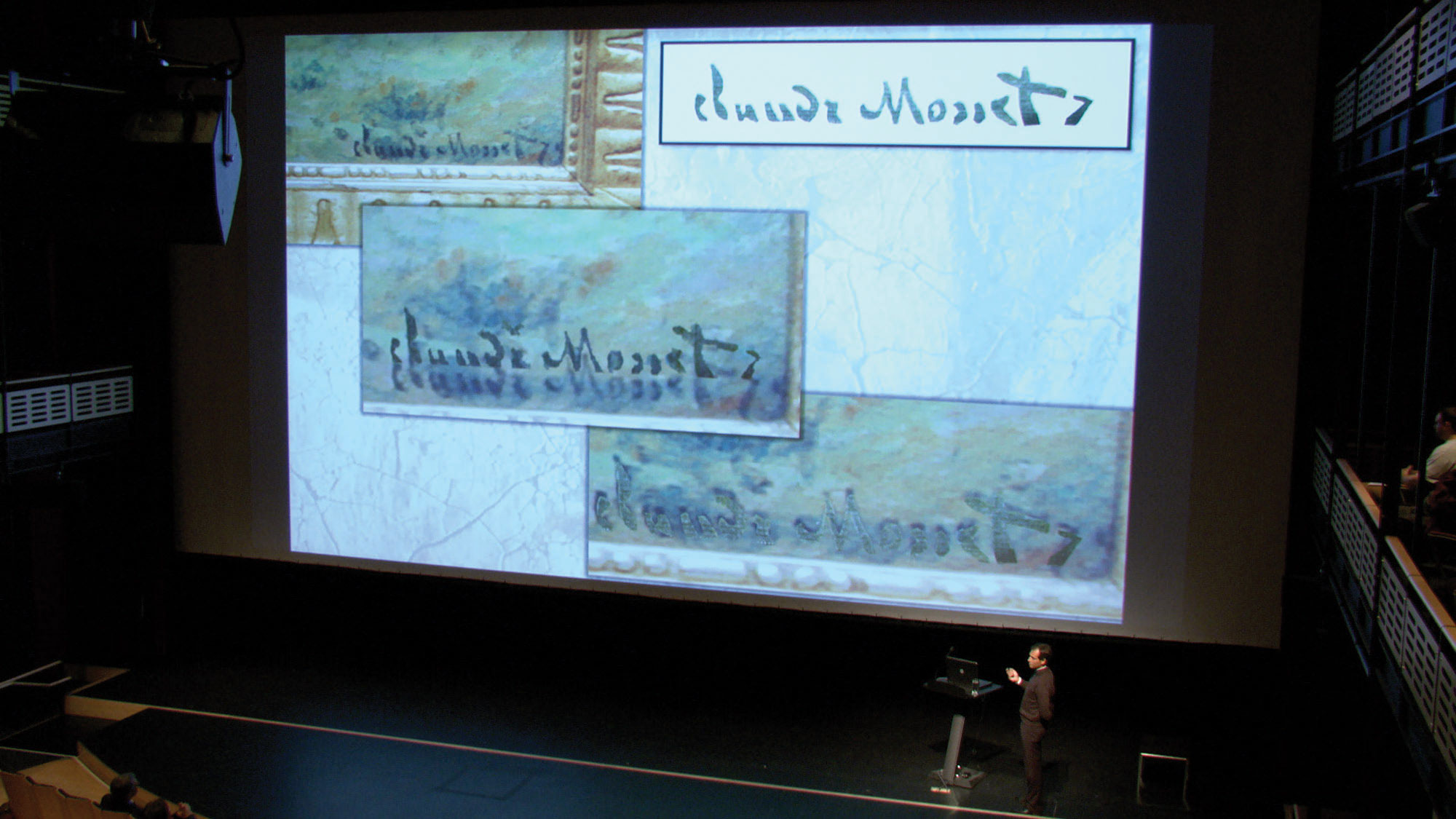 Peter Matthaes, director of the Museo D’Arte e Scienza, presented a discussion on art fraud and the use of science and the senses to recognize authenticity in art. Recognizing the authenticity of an art object is as fascinating as it is complex. The classic approach, which studies style, is supported by numerous new methods of scientific investigation and by the ability to use our senses: sight, touch, smell, hearing, and to a much lesser extent, taste, substituted by our “sixth sense.” Matthaes offered an overview of methods used by the Museo d’Arte e Scienza of Milan in its day-to-day activities to ascertain authenticity. Since becoming head of that laboratory, Matthaes has conducted hundreds of scientific appraisals each year. He receives commissions from various parts of the world, and provides technical opinions to Italian and foreign courts.

Main Image: Peter Matthaes during his talk in 2012.