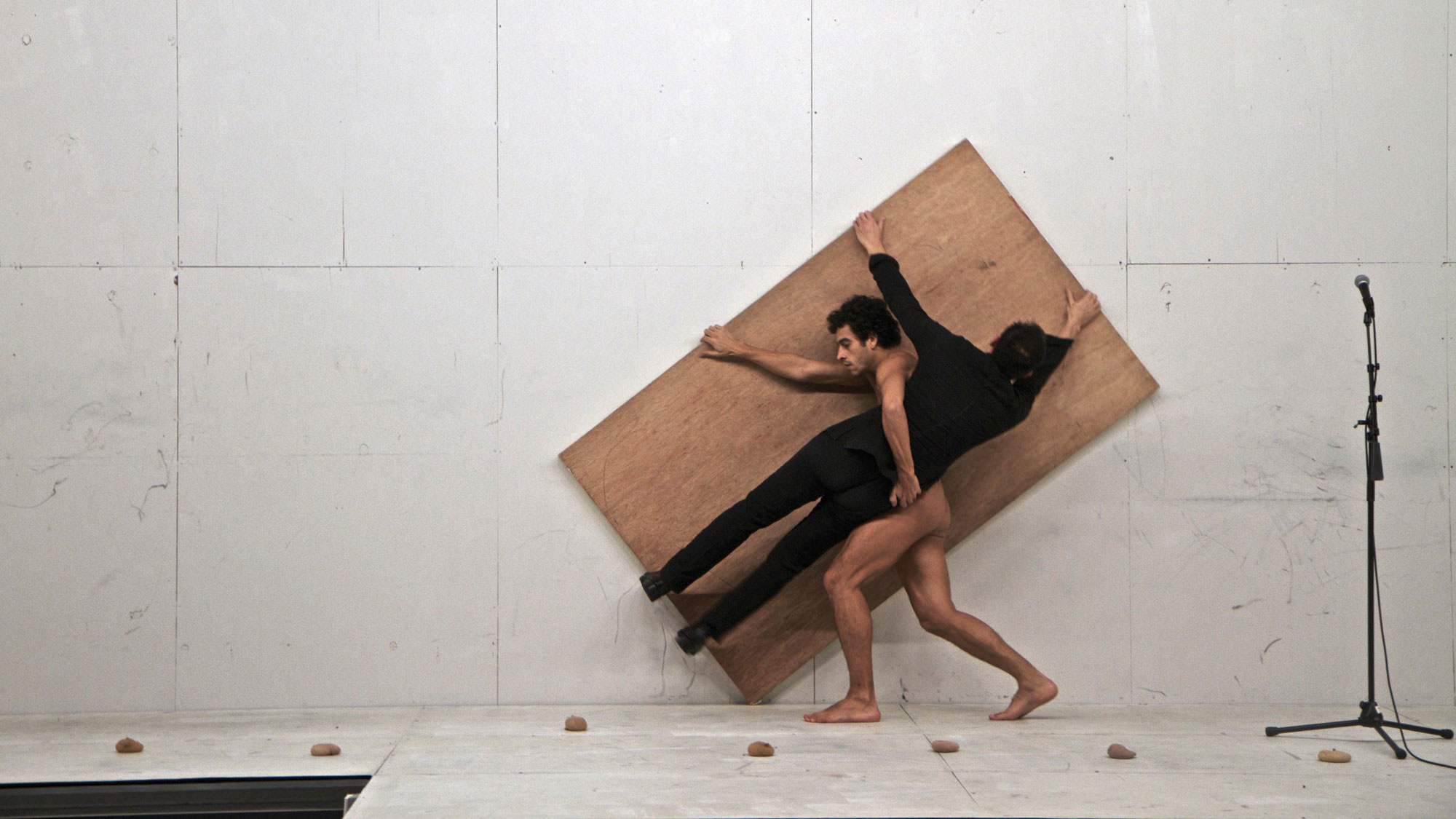 Against the backdrop of economic and social crisis stretching from Greece to the US, Dimitris Papaioannou embarked on an artistic challenge: investigating personal and national identity using the least possible means. The result is Primal Matter, where two bodies on the stage are the starting point for a journey that weighs body and soul to determine what is truly indispensable—what constitutes the essence. To create Primal Matter at EMPAC, Papaioannou and his artistic team erected a custom-made wall with built-in fluorescent light, and created an intricate live audio design using input from contact mics positioned around the set and processed in real-time and sourced to different outputs.

Papaioannou is an avant-garde stage director, choreographer, and visual artist who has worked across the boundaries of theater, dance, and the visual arts; he drew international acclaim for his direction of the opening ceremony of the Athens 2004 Olympic Games.