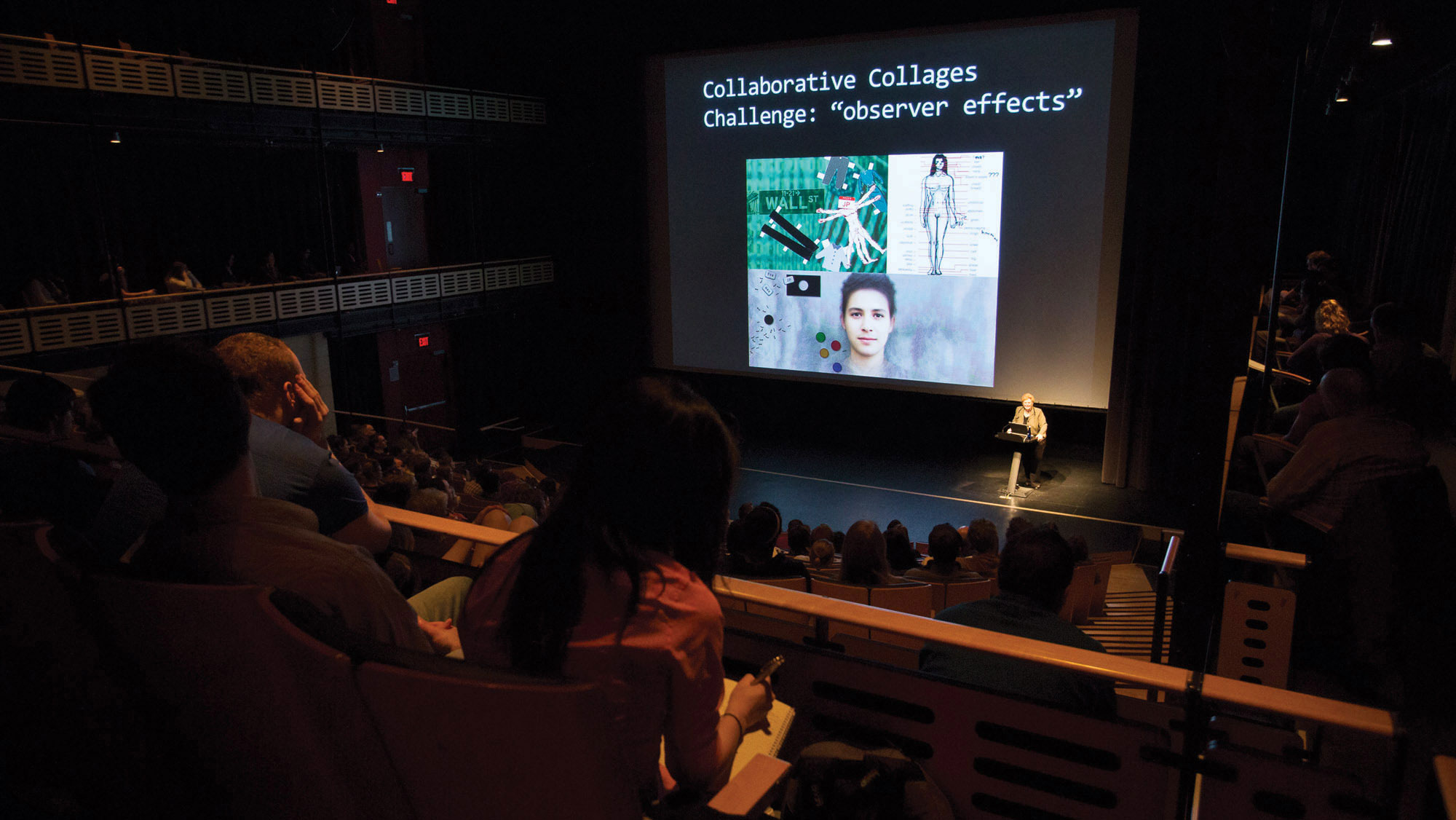 In this talk, N. Katherine Hayles explored how digital media is changing us, and on what levels and in what ways. She examined the co-evolution of technical objects and contemporary humans, arguing that our intense engagements with digital media affect us not only through conscious channels but also through unconscious and nonconscious modes, as well, illustrated with examples drawn from gaming and electronic literature.

Hayles, professor of literature and director of graduate studies at Duke University, writes and teaches on the relationships of literature, science, and technology in the 20th and 21st centuries. Her most recent book is How We Think: Digital Media and Contemporary Technogenesis. Hayles has received numerous awards and fellowships, including a Guggenheim, two National Endowment for the Humanities fellowships, and a Rockefeller Residential Fellowship at Bellagio.

Main Image: N. Katherine Hayles during her talk in the theater, 2013.