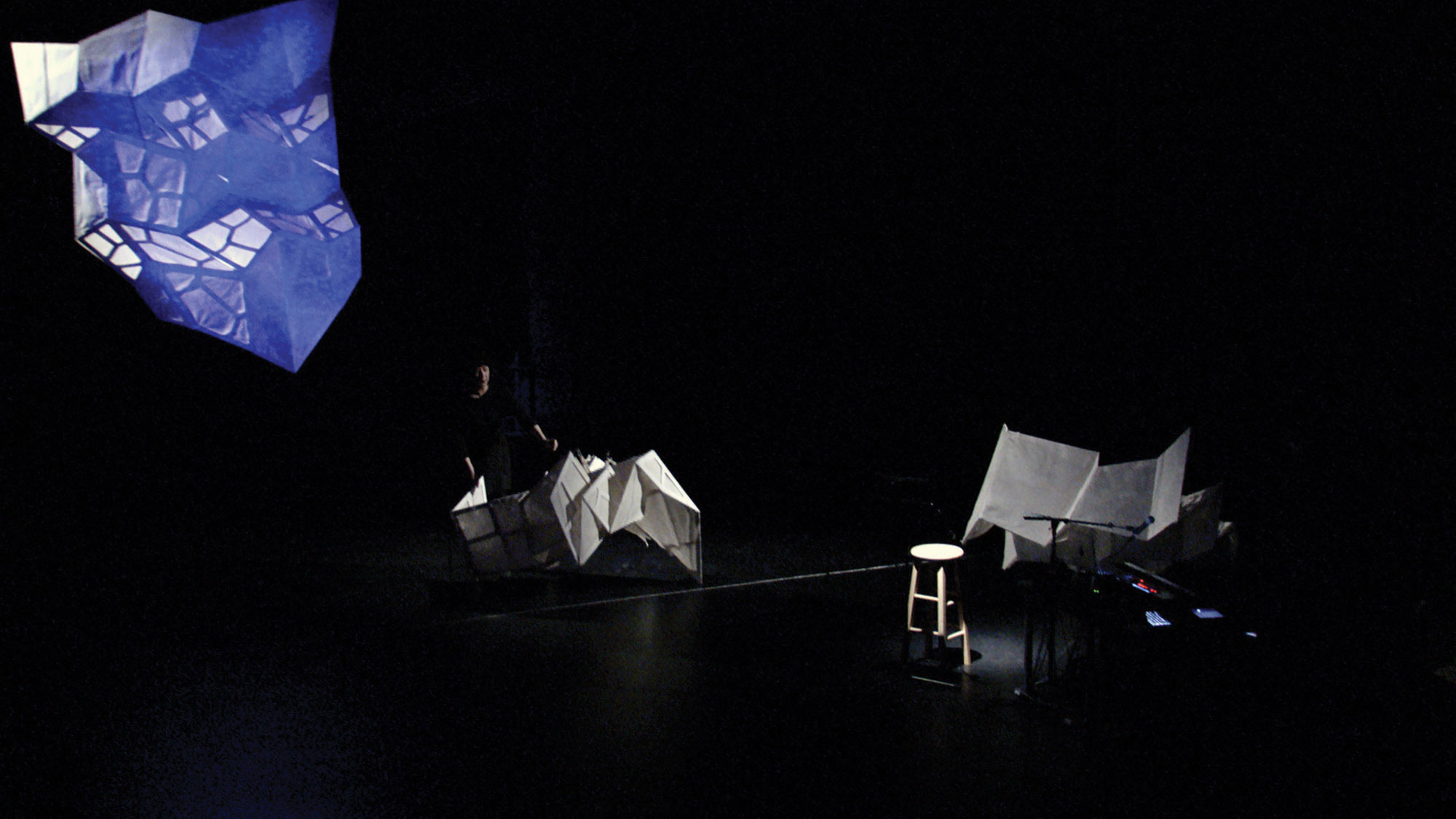 Trieste is a contemporary fable inspired by the Italian city of the same name located on the Adriatic Sea. The performance unfolds in five segments, each relating to one feature of Trieste: The Abyss, The Caves, The Sea, The Castles, and The Bora. As in the board game Snakes and Ladders, where destiny is randomly decided, protagonists climb or fall from one level to another through breaches in the storyline.

Marie Brassard and Infrarouge, her Montréal-based theater company, completed the work in residence and then premiered it at EMPAC. The company developed reactive video, light, and sound environments that would respond to performers in a mix of accidental and planned ways. After years of collaboration with director Robert Lepage, actress, director, and author Marie Brassard formed her own company, Infrarouge, to create multidisciplinary works throughout Europe, the Americas, and in Australia.