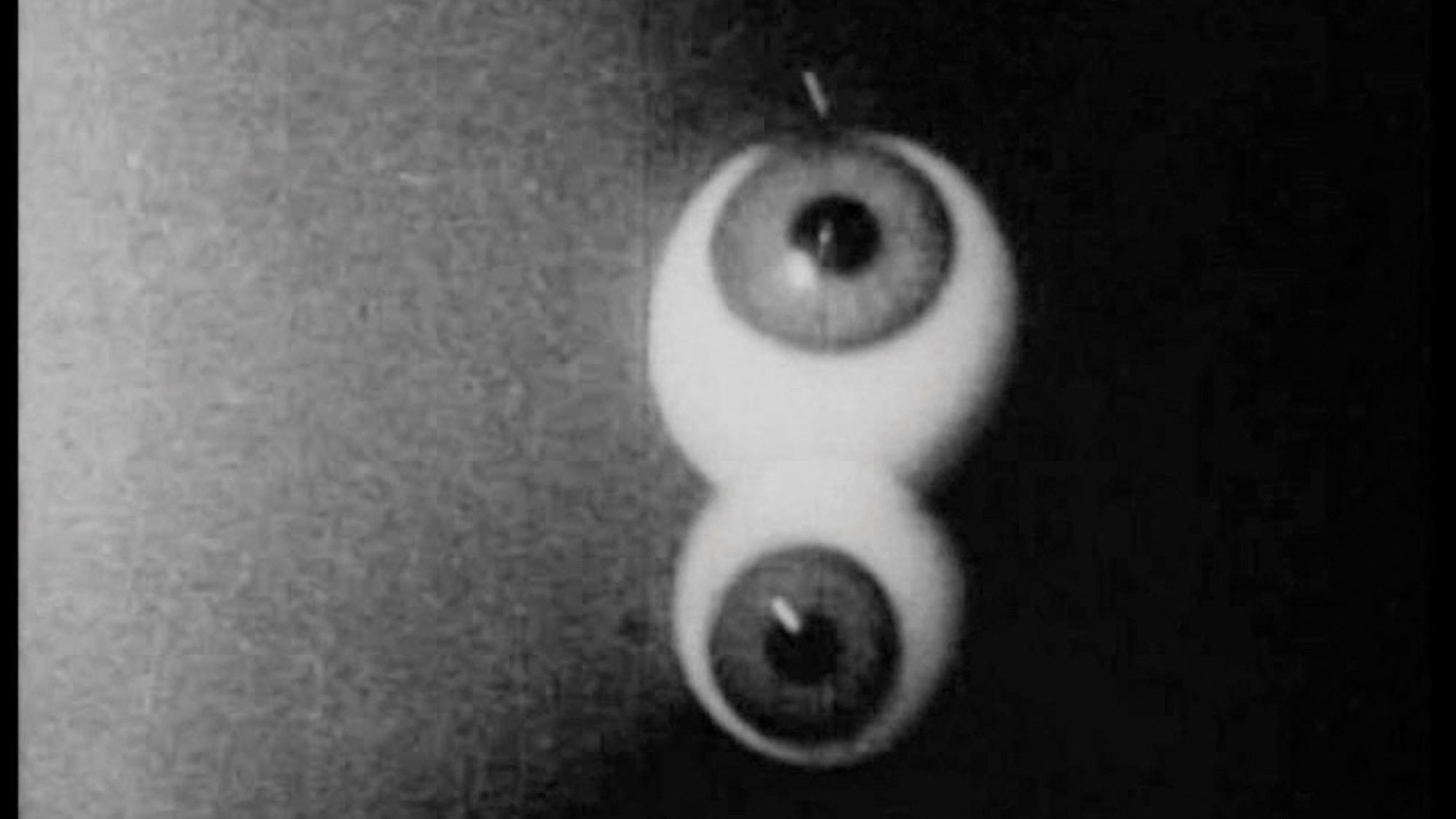 Dreams that Money Can Buy

The first screening in the series On Animation & Workflow will start with two pioneering animated films from the 1920s, Viking Eggeling’s Symphonie diagonale (Diagonal Symphony, 1924) and Hans Richter’s Filmstudie (1926). Eggeling and Richter began experimenting with abstract animation techniques together in 1918 by using painted scrolls to create sequential, directional movement, and gravitated towards film in order to synthesize image with movement and music. Eggeling made two films, of which only Diagonal Symphony survives, as a “cinematic drawing.” Synthesizing painting and film, he shot his Diagonal Symphony scrolls using stop-motion techniques. Richter, however, moved away from this painterly approach to construct films that used cutouts and optical printing to establish a new abstract filmic language of “articulated time.” By 1926, in Filmstudie, Richter had started to incorporate Dada-esque, figurative photographic elements, such as eyeballs and faces. These 16mm shorts will be accompanied by Richter’s surrealist feature film, Dreams that Money Can Buy (1947), scored by experimental music pioneer John Cage, with Paul Bowles, Darius Milhaud, and Louis Applebaum. The film follows protagonist Joe/Narcissus as he enacts a madcap business idea in order to pay the rent. Using mystical powers that allow him to look in the mirror and see the contents of his mind, he is able to sell dreams to neurotic clients. Each dream sequence, several of which include complex animations, were directed in collaboration with Max Ernst, Marcel Duchamp, Man Ray, Alexander Calder, and Fernand Léger, respectively, to create a portmanteau film that represents the artistic visions of a roll call of the greats of early 20th century art and music.