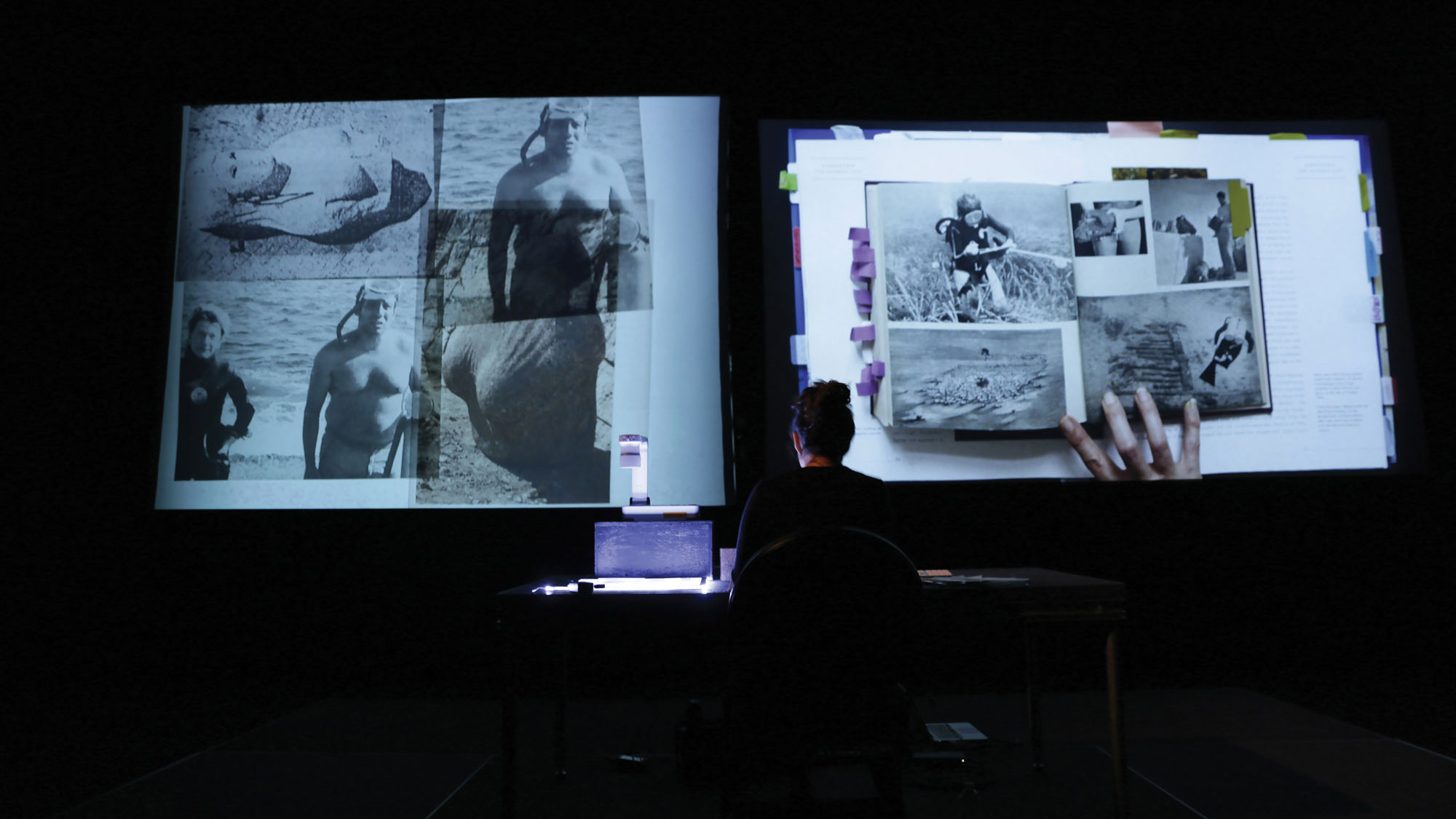 "Ellie Ga connects to the ultimate mystery at the heart of the work: the history that is embedded deep undersea and the meaning and memory that is locked in the imperfections of language."

Eureka, a lighthouse play, is a narrative performance that centers on the Great Lighthouse of Alexandria. Since its destruction in a series of earthquakes during the Middle Ages, many people have tried to reconstruct the lighthouse, Eureka recounts Ellie Ga’s journey, beginning in 2012 when she joined a marine archaeology program at Alexandria University in pursuit of the lighthouse alongside a quixotic cast of characters. The narrative describes the journey of an artist lost in the process of research, drawing upon an archive of photographs, video footage, documents, artifacts, and interviews. Like the growing cast of unlikely characters, it becomes harder and harder to piece together the lighthouse’s history from the thousands of stones that are barely
visible on the seabed.

Main Image: Ellie Ga on stage in studio 2 for A Lighthouse Play in 2015. Photo: EMPAC/Rensselaer.

Research and production for Eureka, a lighthouse play, is funded in part by Grand Arts, Kansas City and The Royal Institute of Art, Stockholm.