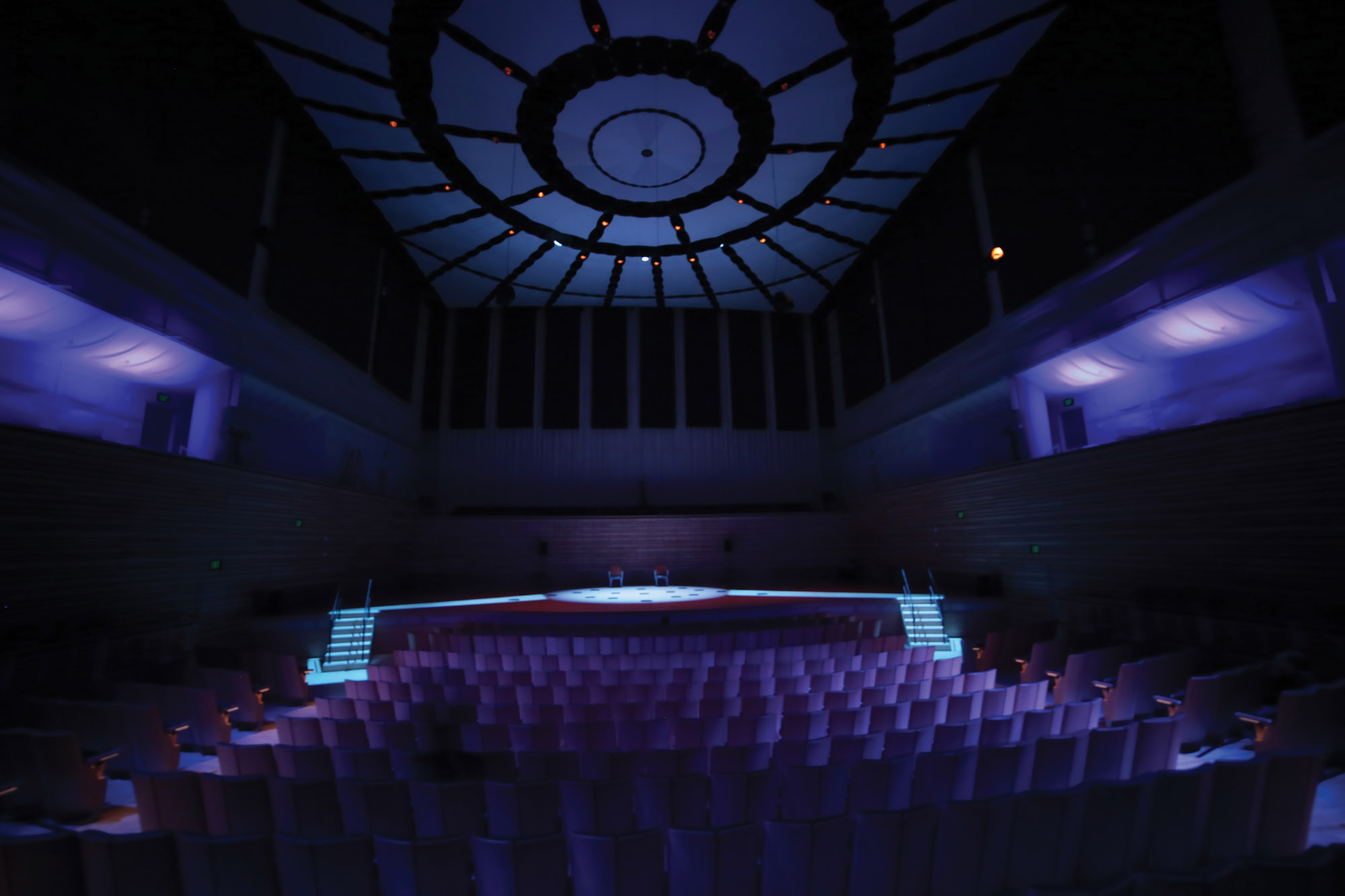 The electronic music of composer France Jobin can be described as "sound-sculpture," revealing a minimalist approach to complex sound environments where analog and digital methods intersect. While her music often makes use of restraint and limit, she isn't one to shy away from extremes.

Her skillful interplay between highs and lows, louds and softs, creates an intricate narrative, which stretches the listener's perception and continually refocuses attention. Using an array of specifically placed loudspeakers numbering in the dozens, Jobin will present a new work built for the EMPAC Concert Hall.