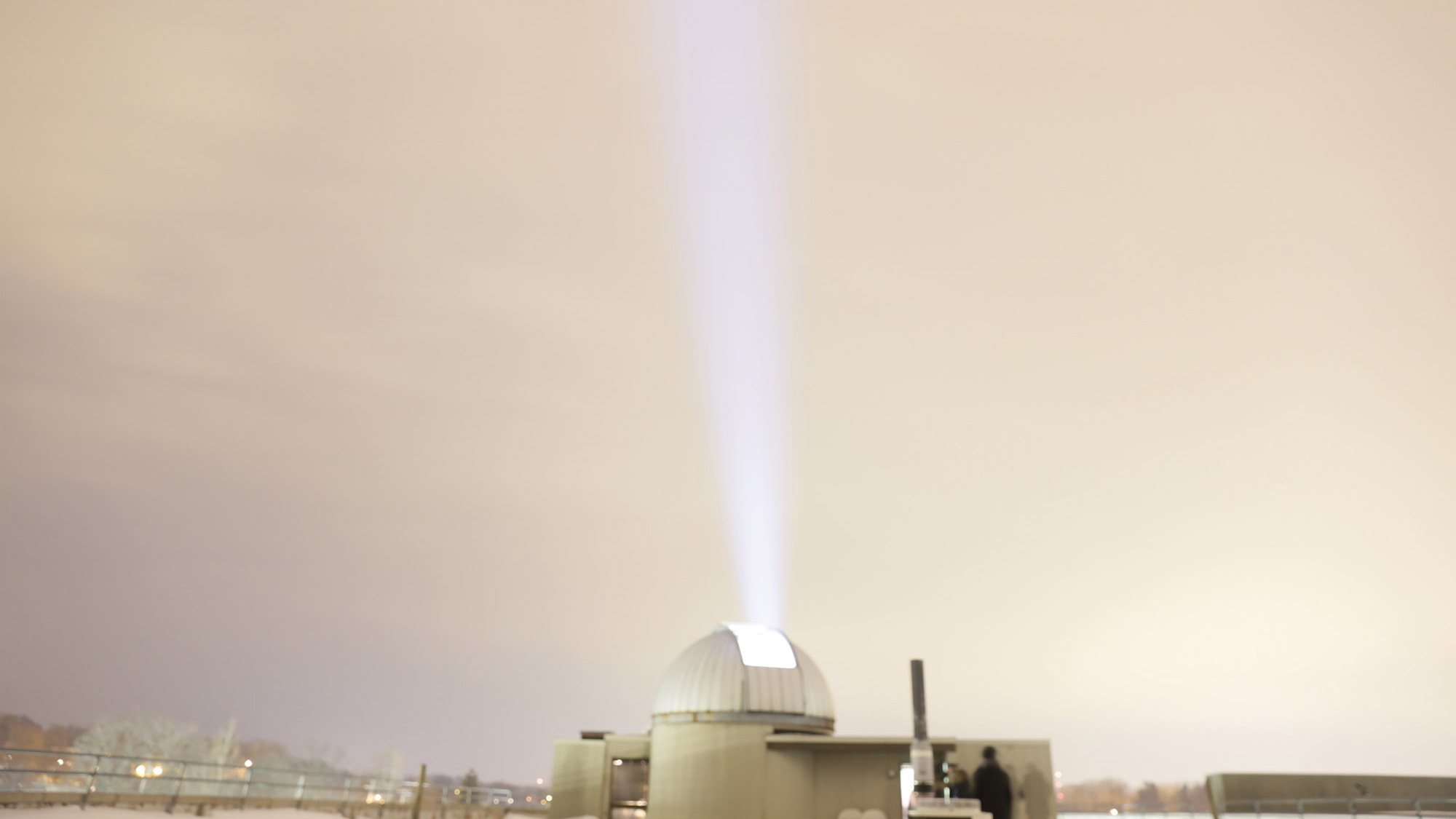 On the Speculative Intersection of Astronomy and Art
Tuesday, March 3, 2015 at 12PM
Studio 2
Dates + Tickets

A conversation about the speculative intersection between astronomy, art, and time featuring artist-in-residence Rosa Barba and Heidi Newberg, professor of Physics, Applied Physics, and Astronomy at Rensselaer.

Rosa Barba’s publications, sculpture, and installation work are rooted in the material of cinema. In 2010, she won the Nam June Paik Award for Coro Spezzato, The Future Lasts One Day (2009), based on a multi-choral performance in which each member of the choir is represented by an individual film projector displaying the sung text. Her work has been presented in exhibitions worldwide.

Heidi Newberg has worked in many areas of astronomy over the course of her career. A fellow of the American Physical Society, and professor of physics, applied physics, and astronomy at Rensselaer, Newberg’s research is primarily related to understanding the structure and evolution of our own galaxy, using stars as tracers of the galactic halo and disks. These stars, in turn, are used to trace the density distribution of dark matter in the Milky Way.

Newberg did her PhD with the Berkeley Automated Supernova Search, and the Supernova Cosmology Project (SCP), and she shared the Gruber Cosmology Prize for her work with SCP. She has helped to build the Sloan Digital Sky Survey (SDSS), which imaged ~10,000 square degrees of the sky in five optical filters, and obtained over a million spectra of galaxies. She initiated the Sloan Extension for Galactic Understanding and Exploration (SEGUE) project in SDSS II, which obtained spectra for 250,000 galactic stars.

She has published papers in diverse areas of galactic and extragalactic astronomy, including supernova phenomenology, measuring cosmological parameters from supernovae, galaxy photometry, color selection of QSOs, properties of stars, astronomy education, and the structure of our galaxy.

Newberg is the head of Participants in LAMOST, US (PLUS), which, in collaboration with the Chinese LAMOST project, has so far obtained ~2 million spectra of galactic stars, using a new 4m-class telescope that can obtain spectra for 4000 objects at the same time. She also runs MilkyWay@home, a volunteer computing platform that supplies about a PetaFLOP of computing power (equivalent to the largest supercomputers) to her research projects, which include finding the best model of the Milky Way and running n-body simulations of Milky Way evolution.