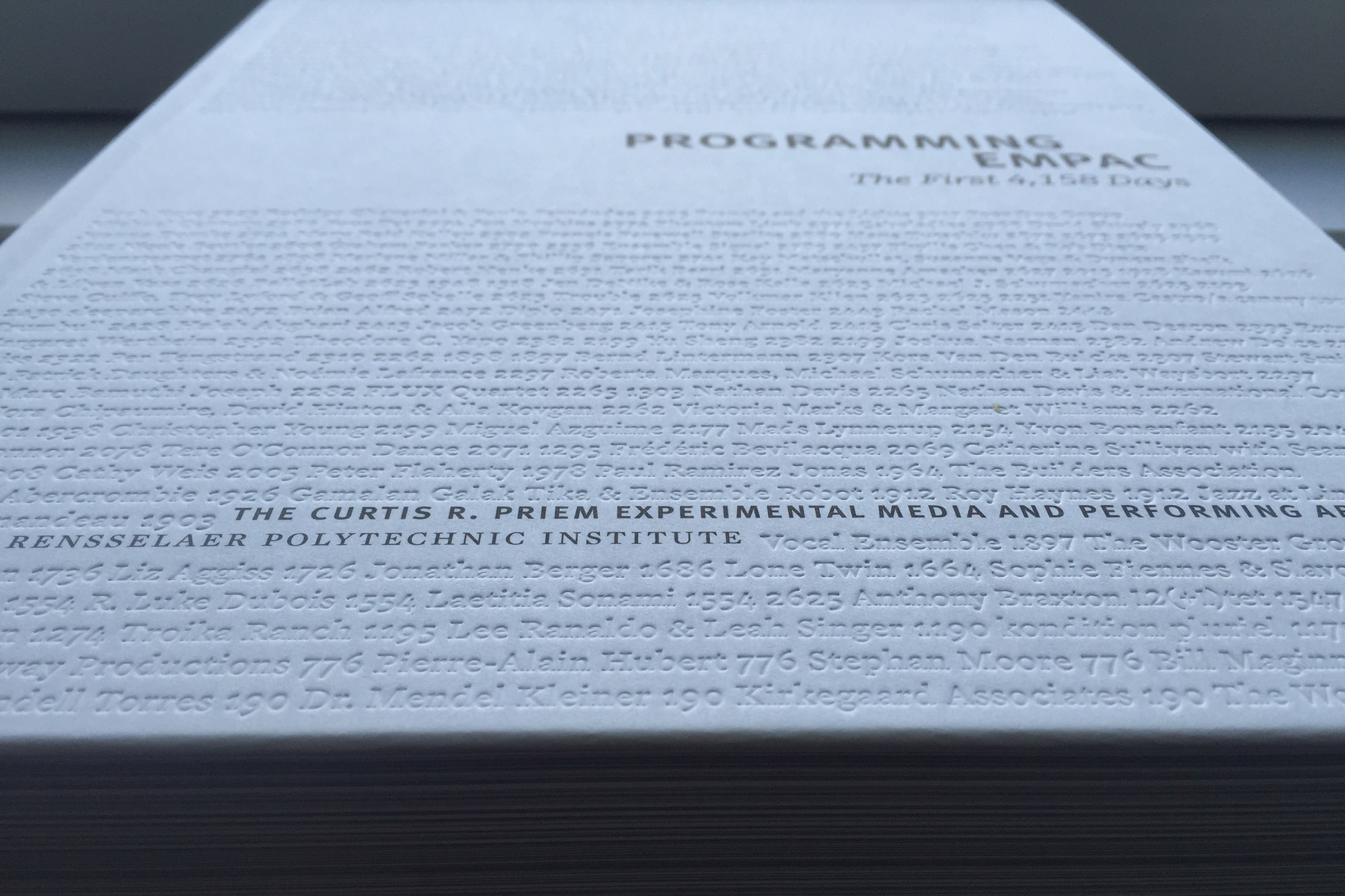 Our new book, Programming EMPAC: The First 4,158 Days, presents a vivid mosaic of all the events, projects, and works developed and presented here at the Curtis R. Priem Experimental Media and Performing Arts Center from 2014 back to inception. To celebrate what we have achieved and kick off the next 4,158 days of this ongoing experiment, we cordially invite you to join us for this official book launch, which will directly precede the first event in the Fall 2015 Program.

In our first decade, hundreds of people from a wide range of backgrounds and disciplines came to create new work—artists, scholars, researchers, and students—all in collaboration with EMPAC’s team. Over 688 pages, Programming EMPAC offers a comprehensive listing of all 413 projects that have taken place, between 2014 to 2004. It begins with EMPAC in its current state, and ends with its first project: the Wooster Group’s THERE IS STILL TIME..BROTHER. Each project entry is a snapshot, with a brief description and vivid images, which combine to form a portrait of EMPAC.

This publication was made possible by the Jaffe Fund for Experimental Media and Performing Arts.