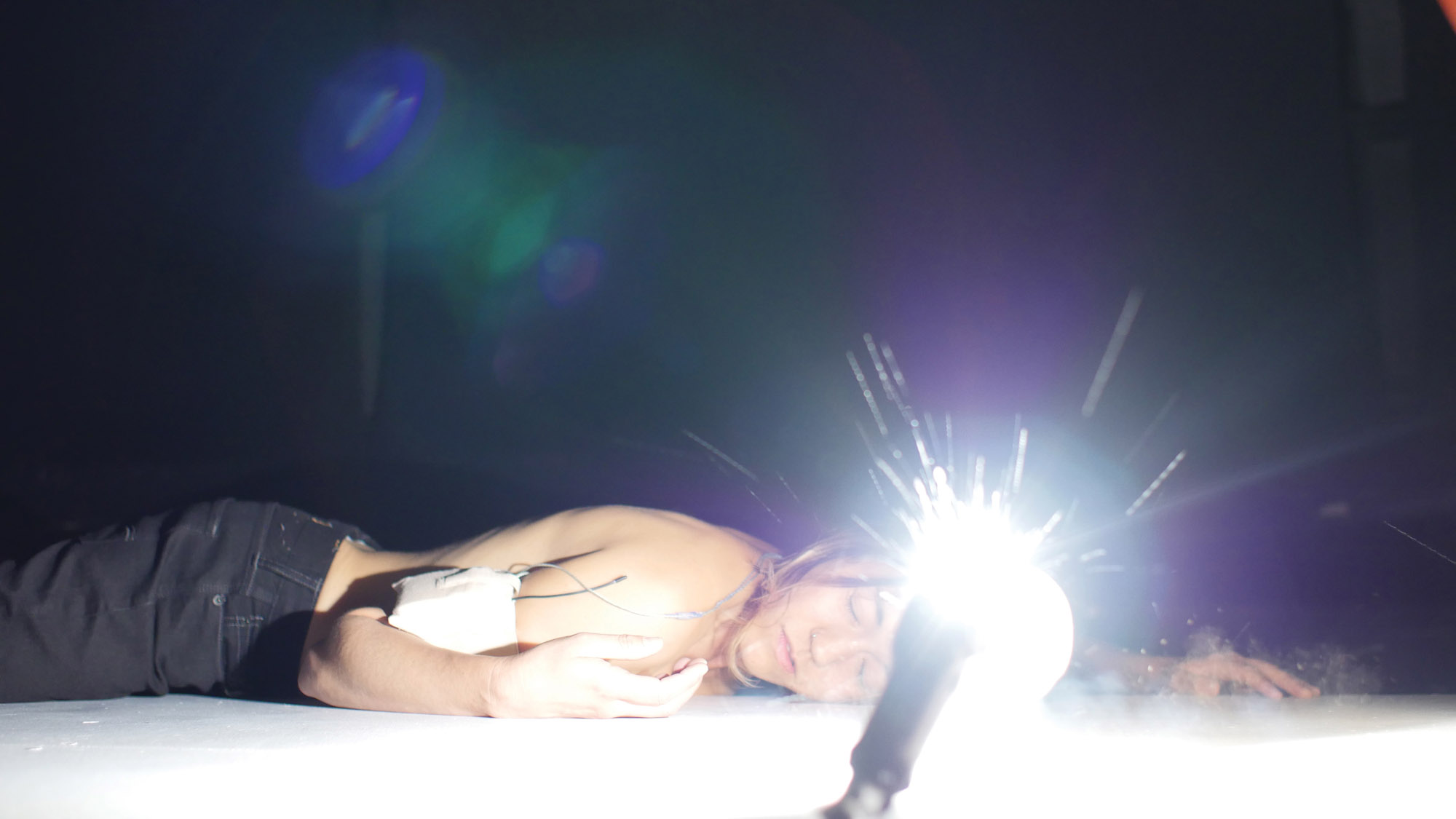 Performance maker Andrew Schneider is back at EMPAC for the world premiere of AFTER, an emotional story about time, bodies, death, and physics.

The sequel to his Obie Award-winning performance YOUARENOWHERE, which challenged audiences with a storyline drawn from quantum physics, AFTER goes a step further, probing the audience to consider where they are and how they got there. Working over the past year in residence at EMPAC, Schneider developed the show’s content in tandem with experiments in new theatrical technology. In an effort to create intimacy and take the audience to the edge of the human condition, AFTER incorporates projection mapping, lighting effects, and sound spatialization technology.

This will be the first time that EMPAC’s Wave Field Synthesis speaker array has been applied in the theatrical context, allowing sound designer Bobby McElver to precisely place and move sounds through the performance space. Please join us for a Q&A discussion with the curator and artists immediately following performance. This performance uses haze, strobe lighting, and loud sounds.

Andrew Schneider is an Obie Award-wining performer, writer, and interactive-electronics artist who creates and performs in original performance works and videos and builds interactive electronic artworks and installations. Schneider was a Wooster Group company member (video/performer) from 2007–14 and has shown his work at 3LD in New York, the Melbourne Arts Festival, LIFT Festival, and in theaters across France, including Maillon, Théâtre de Strausbourg, and Théâtre de Gennevilliers.

EMPAC 2016–17 presentations, residencies, and commissions are supported by Rensselaer Polytechnic Institute, the National Endowment for the Arts, and the Jaffe Fund for Experimental Media and Performing Arts.