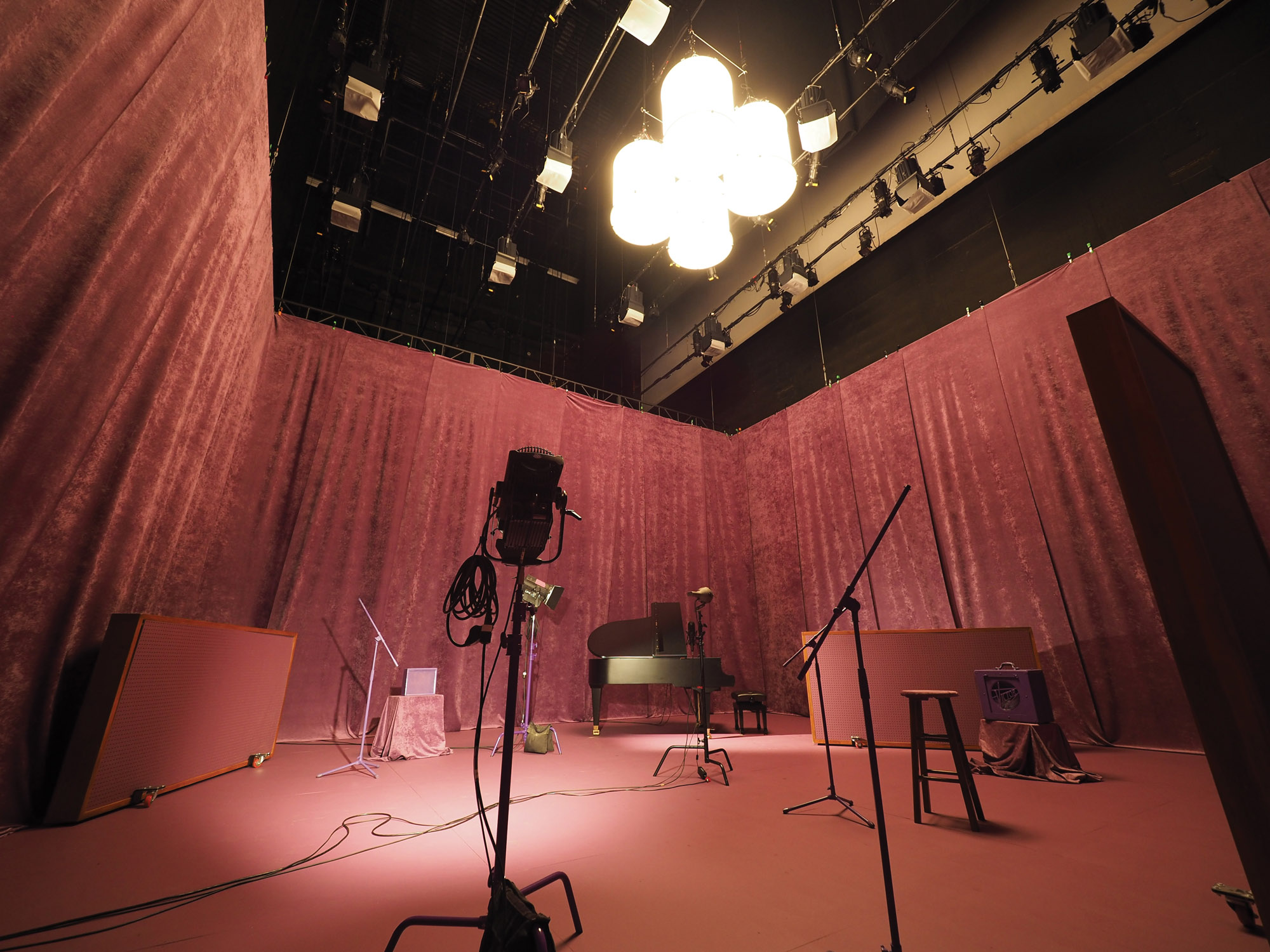 “An Evening with Queen White is an improvised monologue about Brains, Beauty, and Breeding. Queen is an amalgamation of my great aunt, my godmother, and Maxine Powell, the Director of Personal Development at Motown. This one-woman show is inspired by a class Ms. Powell offered at Wayne State University for 30 years.” — Martine Syms, 2017

Martine Syms’ installation An Evening with Queen White invites visitors to meet the virtual character Queen White. An Evening with Queen White was produced at EMPAC with a 360° camera rig—originally manufactured to capture footage for virtual reality environments—placed at the center of a monochromatic purple set. Guitar amps, microphones, a piano, and acoustic panels that refer to the Motown recording studios of the 1960s decorate the set. Filmed in a single long-take, the performer Fay Victor (as Queen White) moved freely around the set and was continually captured by the camera.

Eschewing conventional VR, Syms explores how the audience can experience this kind of image environment without the use of a headset. The installation plays with the possibility that parts of the performance still remain out of frame or off-screen. Several screens are placed in different locations around the studio and each only shows a small part of the 360° video, exposing the limits of each screen’s size and shape. A mobile screen will allow the audience to explore the missing parts of the image for themselves.

An Evening with Queen White is exemplary of Syms’ use of the monologue as a medium for exploring how voice, gesture, and persona are learned and performed. The script complicates the artist’s own biography and points toward how strategies of performing oneself as a Black woman in America are transmitted and crystallized across generations through both familial teaching and societal conditioning. EMPAC screened Syms’ new feature film, Incense, Sweaters, and Ice, on the last day of the installation (Sept. 6) as part of the film series Other Uses.

The installation is open to the public during regular building hours

An Evening with Queen White was commissioned by EMPAC and co-produced with Raven Row, London.