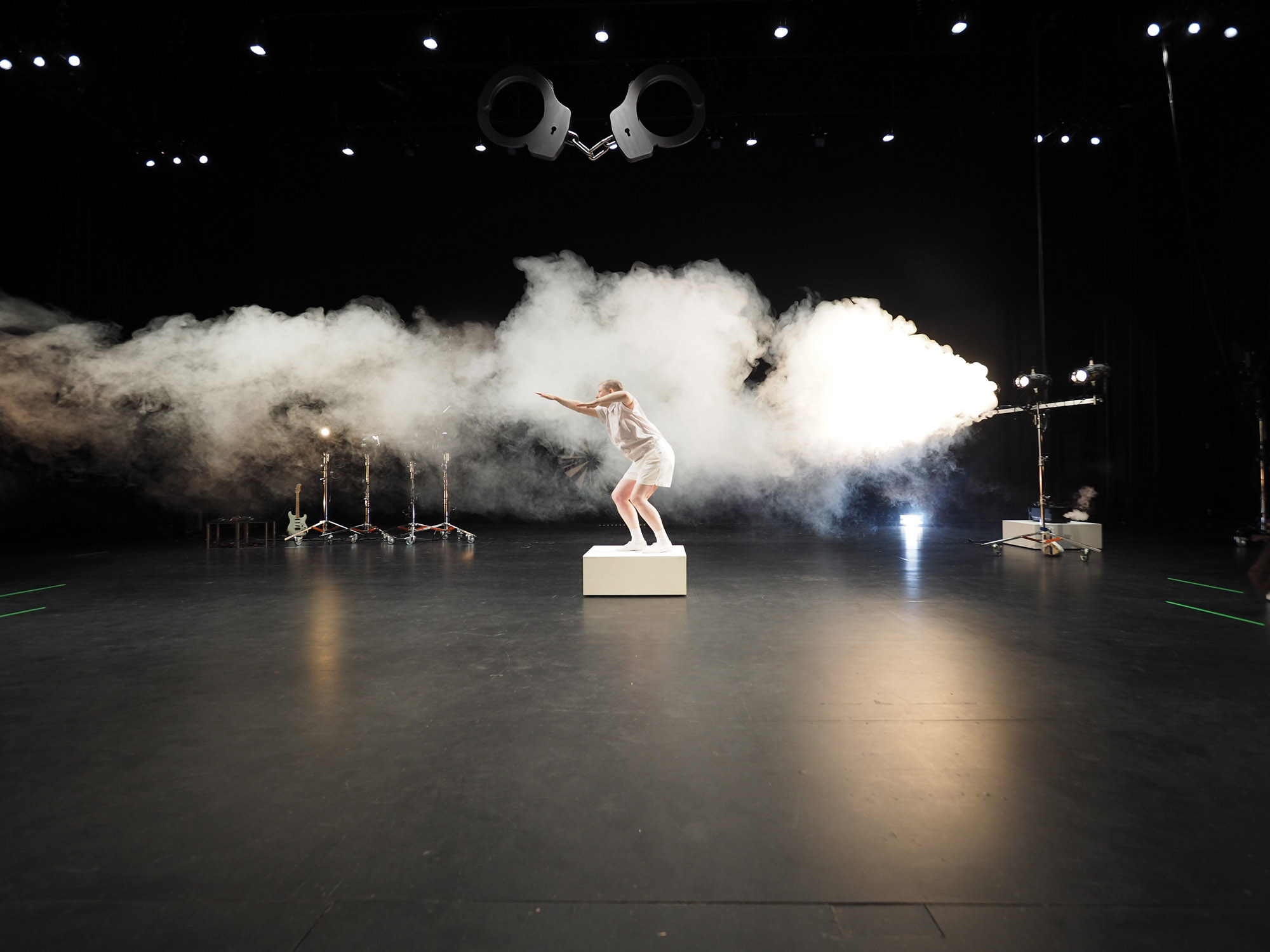 “Challenging the idea of images as mere depictions of (political) actions, this filmed performance speaks about productive tensions between the fantasy of an action and the action itself.” — Alhena Katsof and Mason Leaver-Yap on Boudry / Lorenz’s Telepathic Improvisation

Boudry / Lorenz’s film, Telepathic Improvisation, takes as its starting point the late Rensselaer Professor Pauline Oliveros’ 1974 score of the same name. However, the audience for this filmed performance is not only called upon to telepathically communicate with the performers (as is the case with Oliveros’ original score), but also to communicate with the other elements on stage, from the theatrical lights to a group of autonomous white boxes that glide across the stage.

The film is bookended by two monologues: the Oliveros score, and a 1969 text by German revolutionary Ulrike Meinhof that prescribes resistance in the face of global capitalist oppression. Telepathic Improvisation attempts to disrupt historical narratives surrounding agency and action by elevating the technical, non-human actors to the equal status of their human counterparts.

This project is produced in partnership with the Goethe-Institut New York and generously supported by the Bentson Foundation, Service des affaires culturelles - Canton de Vaud, and ProHelvetia.