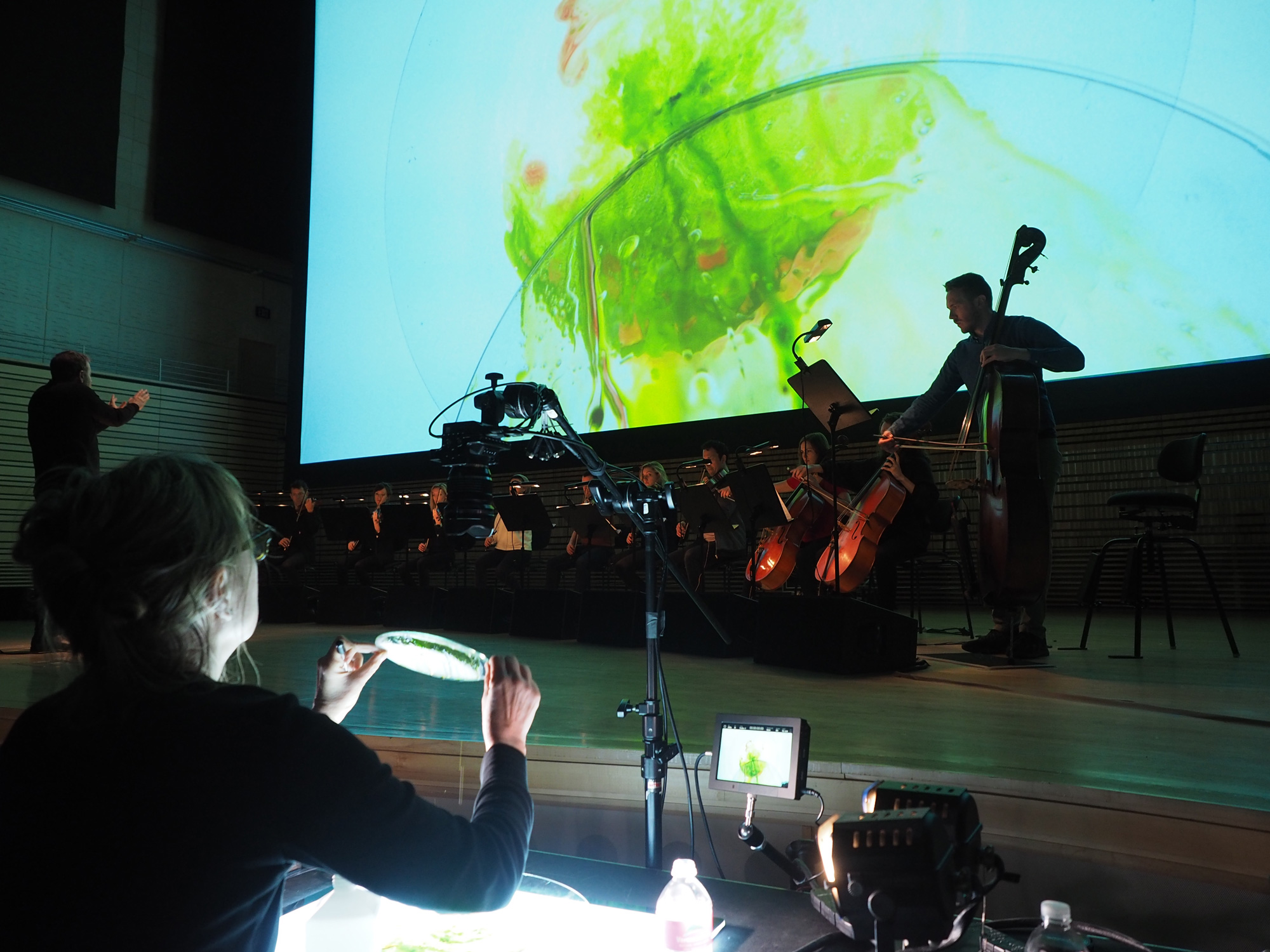 The point is to be expressive, but not too expressive, to find a middle way. But that middle way is oddly intense. You may fade in and out of attentiveness to the music. [In Lang's darker] there is nothing you really need to follow, just as you may, while examining a Calder mobile from many angles, momentarily look away. You know that when you come back to it, it will still be there and it will be the same mobile even as it's moved. —Mark Swed, LA Times

Pulitzer Prize-winning composer and Bang on A Can co-founder David Lang brought his pensive evening-length piece, darker, to EMPAC, for a recording residency and performance featuring Esnemble Signal with live projections by Suzanne Bocanegra.

Scored for 12 strings, darker is a slow exploration of sound. At times, it gives the ensemble the feel of a giant pipe organ or, with the aid of visual artist Suzanne Bocanegra’s live projections, the feel of splattering rain on an immoveable wall. As much a hypnotic sonic and visual object as it is a piece of music, darker weave its intricate solo lines into a delicate and subtly emotional fabric.

Suzanne Bocanegra is an artist living and working in New York City. Her recent work involves large-
scale performance and installation, frequently translating two dimensional information, images and ideas from the past into three dimensional scenarios for staging, movement, ballet, and music.