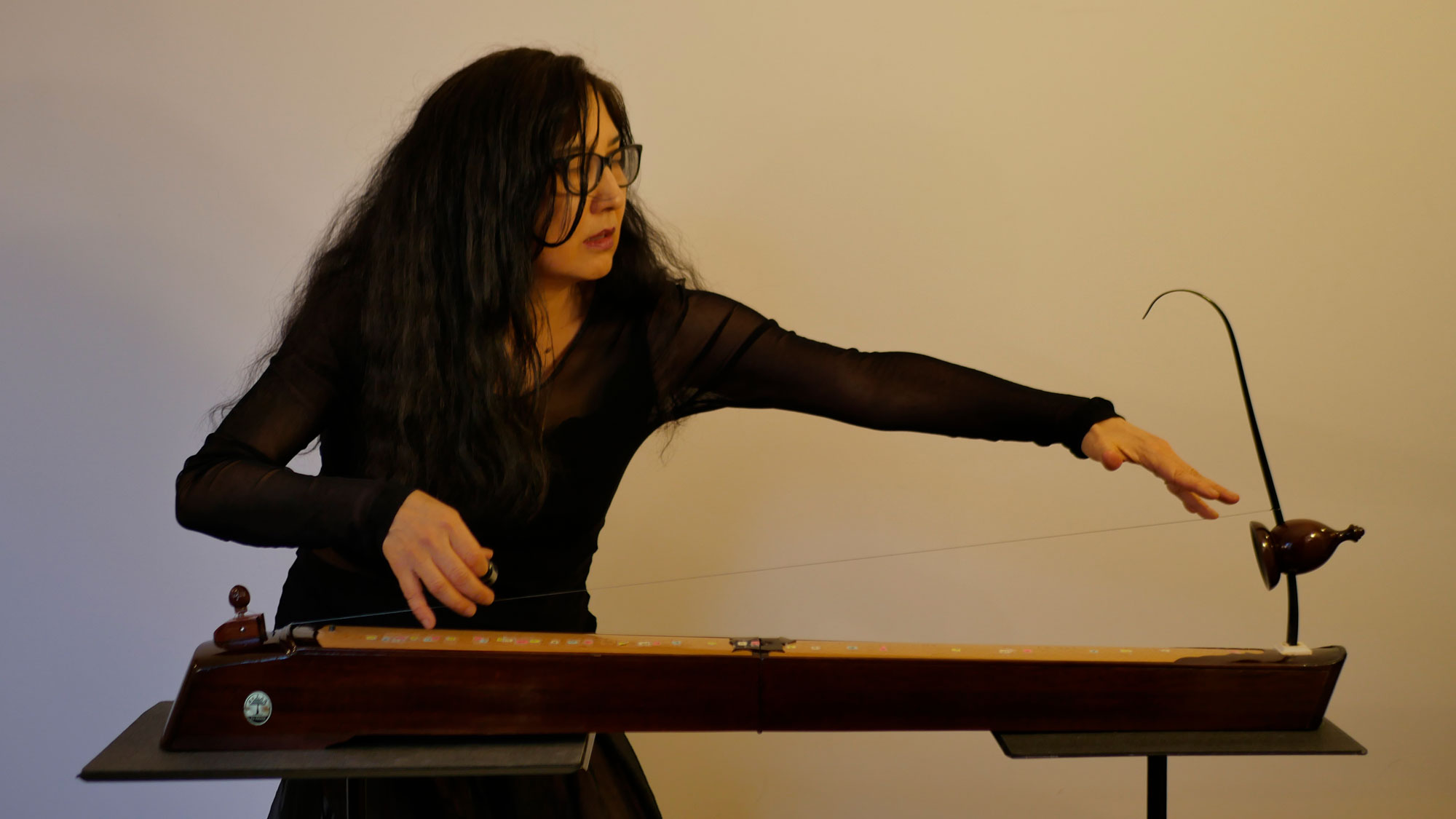 Multi-Dimensional Spatiality in the 15th Century and Now

Inspired by the three-dimensional and perspectival painting techniques developed by artists during the 15th-century Italian Renaissance, in her new project, Masaoka seeks to draw parallels between those revolutionary conceptions of space with the current possibilities for sonic spatiality in the 21st-century.

Masaoka has been working with early systems of hardware and software of spatialization including ADAT, C Software, and acoustic strategies including choirs, ensembles, and the BBC Scottish Orchestra in a spatial context. An award-winning composer, she has received the John Simon Guggenheim Fellowship, the Luciano Berio Rome Prize in Musical Composition, the Fulbright among many others. She is a Professor at Columbia University and directs the MFA program in Sound, a hybrid program with the Computer Music Center and Visual Arts. In the photograph above, Masaoka is shown with a Dan Bau, and she sometimes references the monochord as a clear and physical representation of the spectral harmonic relationships of intervals and natural tuning systems.

Wave Field Synthesis is a special way of creating sounds in space. The EMPAC Wave Field Synthesis system (EMPACwave) is a unique loudspeaker set-up with hundreds of speakers that was developed and built at Rensselaer over the past several years. While Wave Field Synthesis technology is not new, the design of EMPAC’s array is acknowledged by international experts to finally allow musicians to create music to the refined degree that has been promised by this theory of sound generation for over four decades.