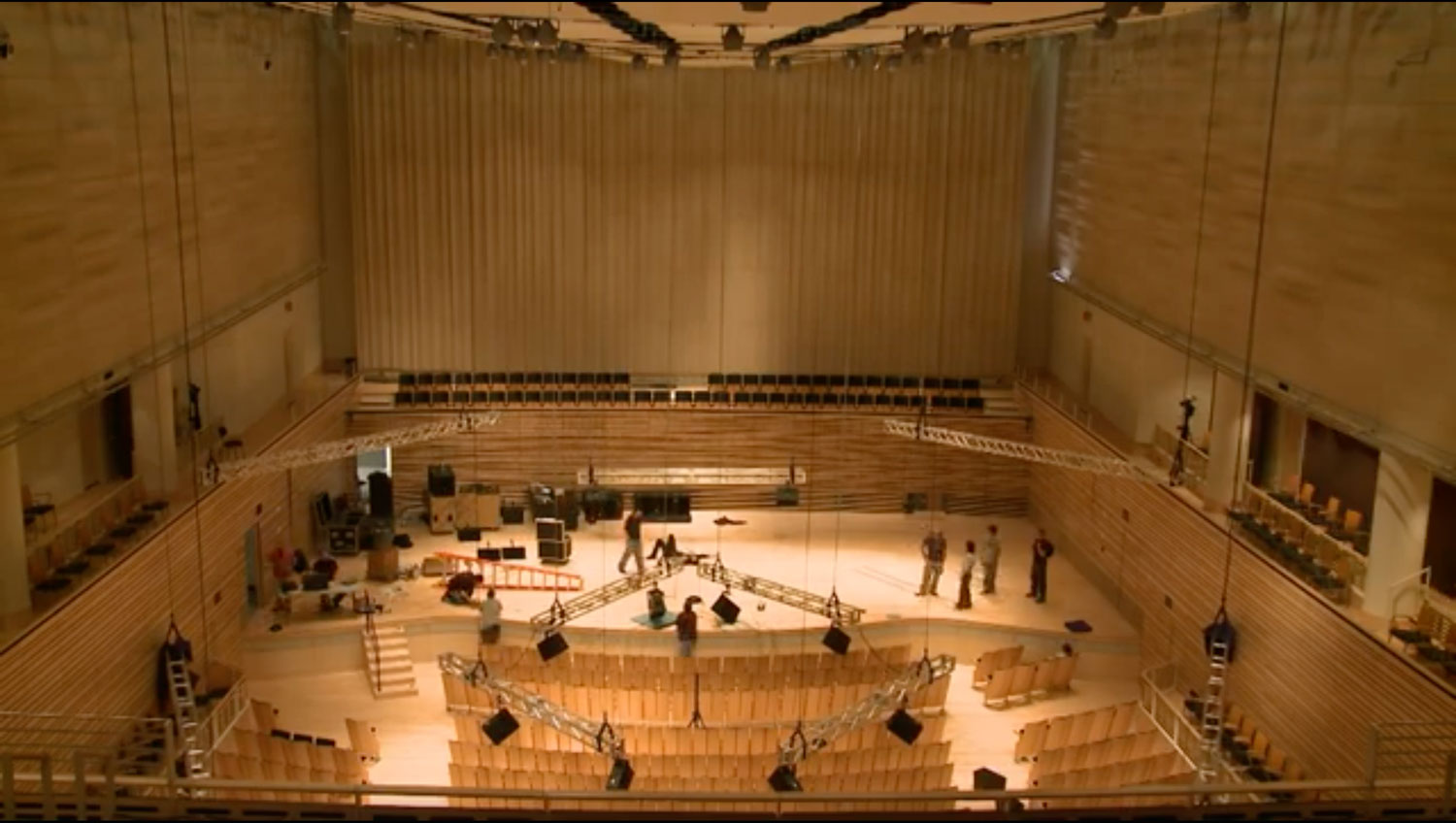 Cinema for the Ear

Robert Normandeau will explore for the first time the Concert Hall’s ideal design for multichannel electronic music. Using an orchestra of over forty loudspeakers hung from the ceiling and surrounding the audience both horizontally and vertically, he will perform an evening of his recent work, rarely heard in the United States.

Normandeau is one of the most celebrated living composers within the “acousmatic” strand of electronic music: a compositional and performative approach that started in France during the 1950s and has been evolving since with a particularly vibrant scene in Montreal. Normandeau has been central to this community and Canadian electronic music in general. He was a founding member of the Canadian Electroacoustic Community, the national organization for electronic music composers, and a founding member of Réseaux (1991), a concert society who has produced innumerable concerts and festivals of multichannel electronic music, including the Akousma festival of acousmatic music held for the past four years. He has been Professor of Electroacoustics Composition at Université de Montréal since 1999.

Time-Lapse of loudspeaker dome installation in 2008.