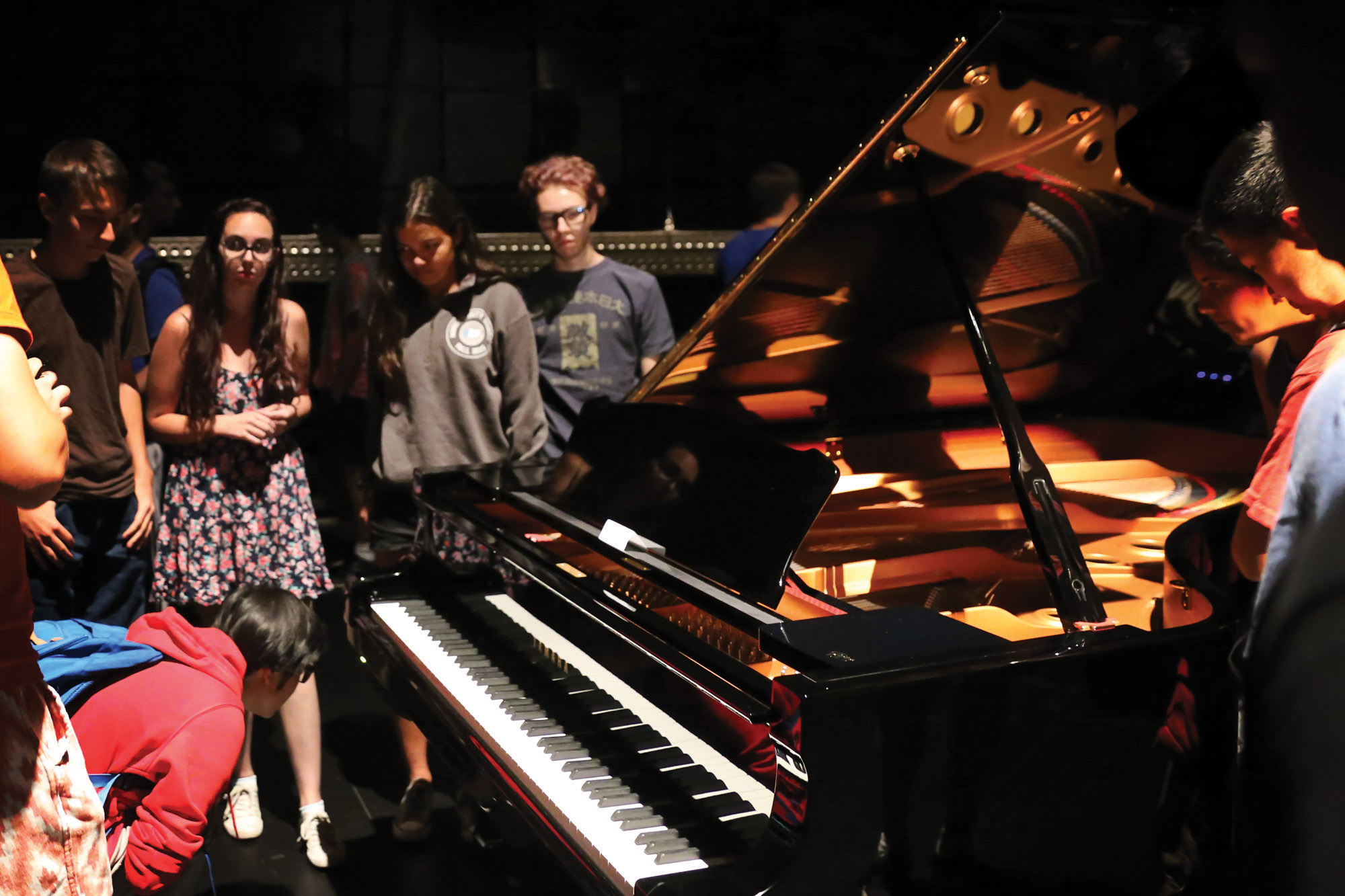 In Spring 2016, EMPAC completed construction on a 496-channel wave field audio system, one of the most extensive in the world. Consisting of very small speaker heads oriented very close together, the system produces a 3D audio environment by localizing the source of individual sounds with an extreme level of precision.

For the wave field array’s inaugural performance, Rensselaer Professor Rob Hamilton created a running installation and performance (on Sept. 2) to explore and demonstrate advanced concepts of spatialized sound. Using a Disklavier piano, Hamilton transformed digitally recorded notes and distributed them across each of the independently controlled speakers in the system. Audiences were encouraged to physically explore the resulting environment much like a giant sonic hologram. The live performance was realized by pianist Chryssie Nanou.

Dr. Rob Hamilton, a composer, performer, researcher and software designer, explores the cognitive implications of the spaces between interactive game environments, network topographies, and procedurally-generated sound and music. Dr. Hamilton joined the Department of Arts at Rensselaer as an Assistant Professor of Music and Media in 2015.

The installation is open Monday–Friday 10AM-5PM with additional open hours around evening events.