Meltframe is a solo guitar album of covers from Mary Halvorson, one of the most exciting musicians making jazz today. It's an adventurous record, both in her song choices and her interpretive playing. In her dexterity, Halvorson acts as a bridge between the jazz of the past and the jazz of the future.

Mary Halvorson owns one of the more easily identifiable guitar sounds you will encounter, in any genre. That is partly due to an ingenious effect: a delay pedal that she uses as a startling, mid-note pitch-shifter. But if she didn’t have anything to offer beyond that novelty, her playing wouldn’t sustain the three modern jazz groups she currently heads (a trio, a quintet and a septet), as well as her sought-after work in various other ensembles—including two different bands led by jazz guitar luminary and occasional Tom Waits sideman Marc Ribot. With her quick, experimentalist’s mind, Halvorson resembles the great composer, saxophonist and teacher Anthony Braxton (an early instructor of hers, with whom she still collaborates). On her new album Meltframe, a set of guitar covers, she is simultaneously employing two suggestions from her former professor’s syllabus: develop a solo act, and don’t forget to engage with the past. 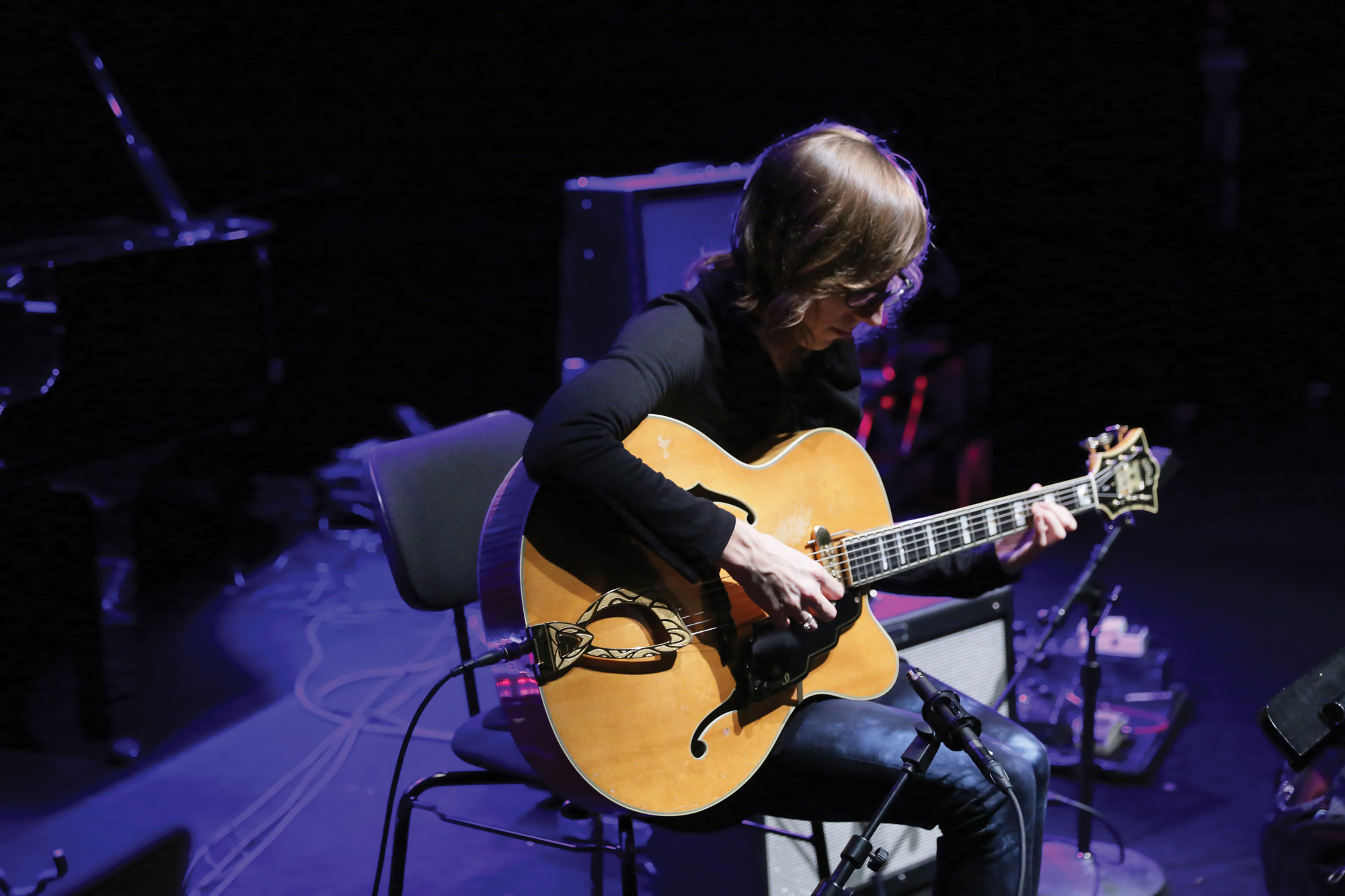