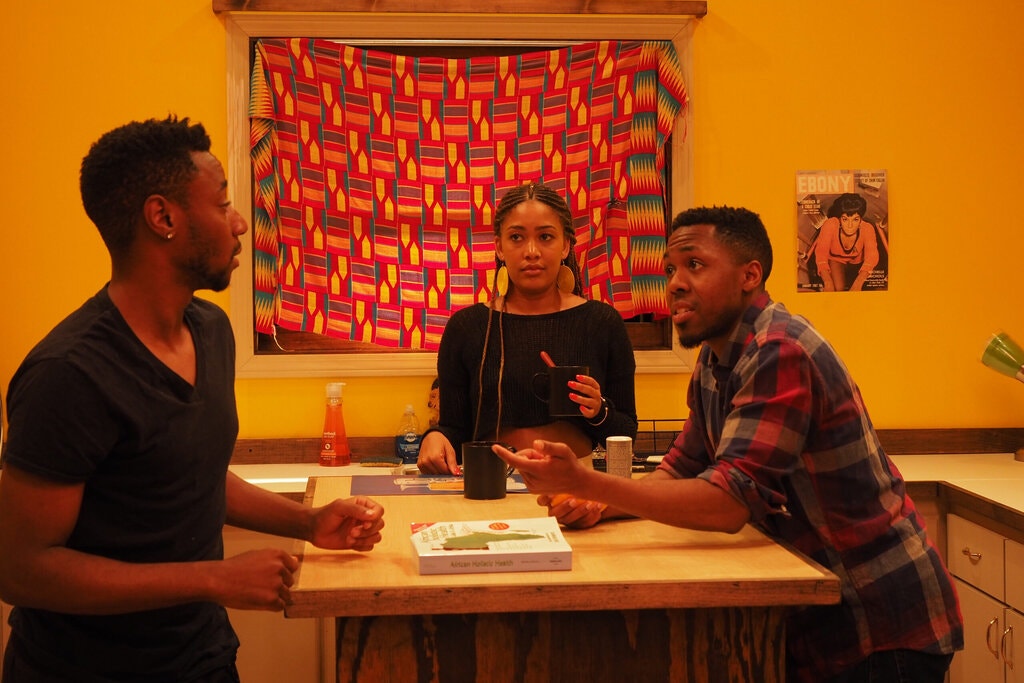 The experimental film opens with the story of Julian (Eric Lockley), a young Black man who has recently inherited his grandmother’s house in West Philadelphia. Inspired by his partner, Gwen (Nozipho Mclean), Julian turns the house into a collective, and it quickly becomes a site of robust intellectual exchange, inspired artistry, joy and humor. Interspersed within these scripted moments is archival footage that looks at the legacy of MOVE, a Black liberation group whose West Philadelphia row home was bombed in 1985 by the Philadelphia police. The attack destroyed 61 homes and killed 11 people. Also included are meditations on Black art, shown through still shots, from the album cover of a recording of “The Autobiography of Frederick Douglass,” as read by Ossie Davis, to a photo of Gwendolyn Brooks.

“The Inheritance” feels like poetry visualized. Asili remixes Jean-Luc Godard’s style in the 1967 film “La Chinoise” to examine how people form or expand the scope of their own politics and the realities of shared responsibility and communal living. This investigation relies on the surprising ways the film connects the past and the present: Clips of the history-making politician Shirley Chisholm follow a scene in which a character staples a photograph of Chisholm to a wall in the house, and current members of MOVE make appearances at the fictional collective’s meetings to share their testimonies. And although viewers shouldn’t expect easy resolutions, they should anticipate more than one viewing of Asili’s striking film.