Hudson-based choreographer and dancer Adam Weinert is premiering his newly commissioned dance performance “Anthem” at the EMPAC Concert Hall in Troy this month. The performance, which rewrites the American anthem from a dance perspective, considers the failed narratives and failed hopes of our country. The movement in “Anthem” draws from a fake news article describing imagined original choreography from 1916 meant to accompany the national anthem. The performers, wearing Bluetooth in-ear monitors, will move in unison to a different soundtrack than what the audience is hearing—a sad, yet cogent commentary on our times. 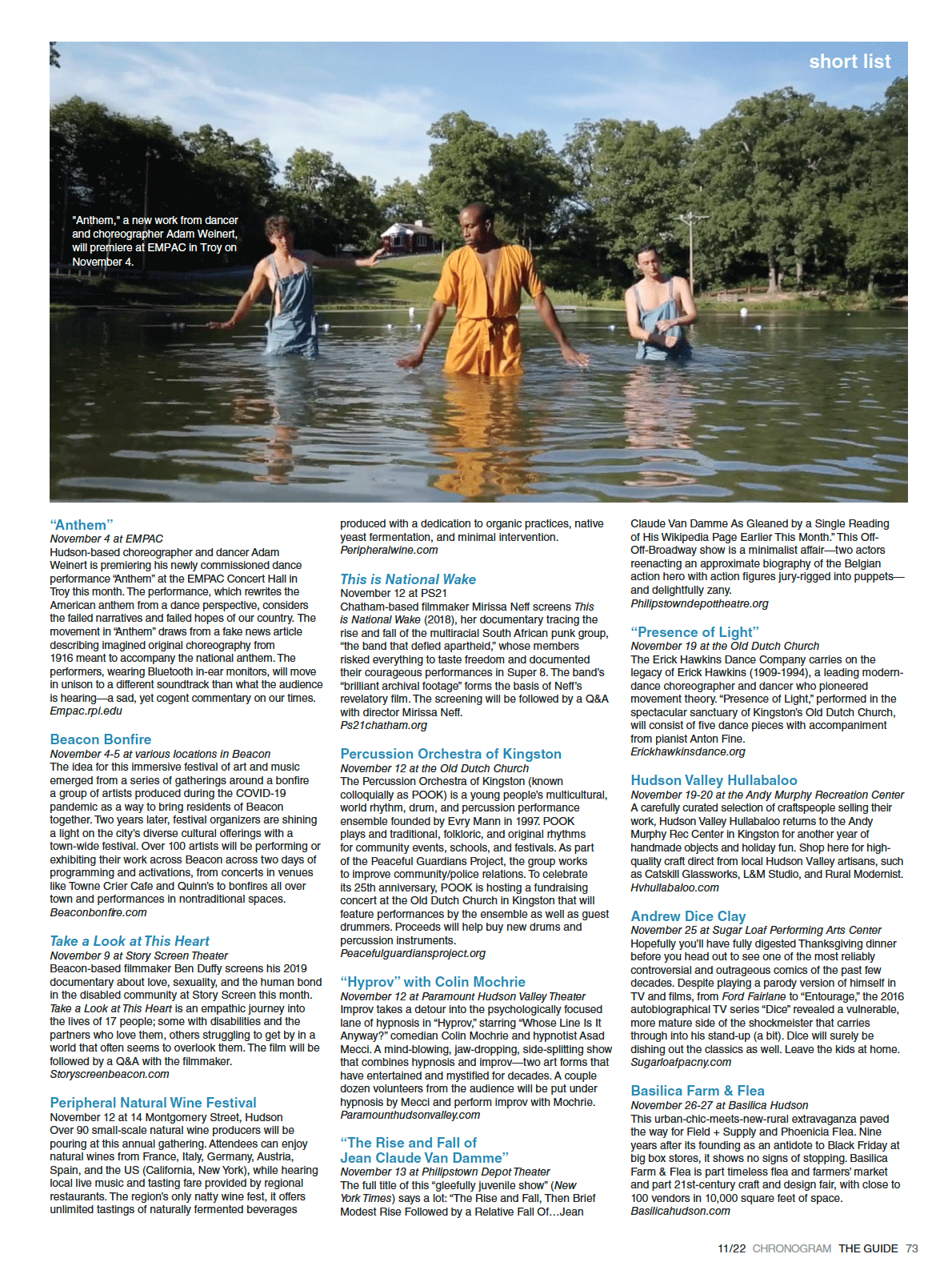 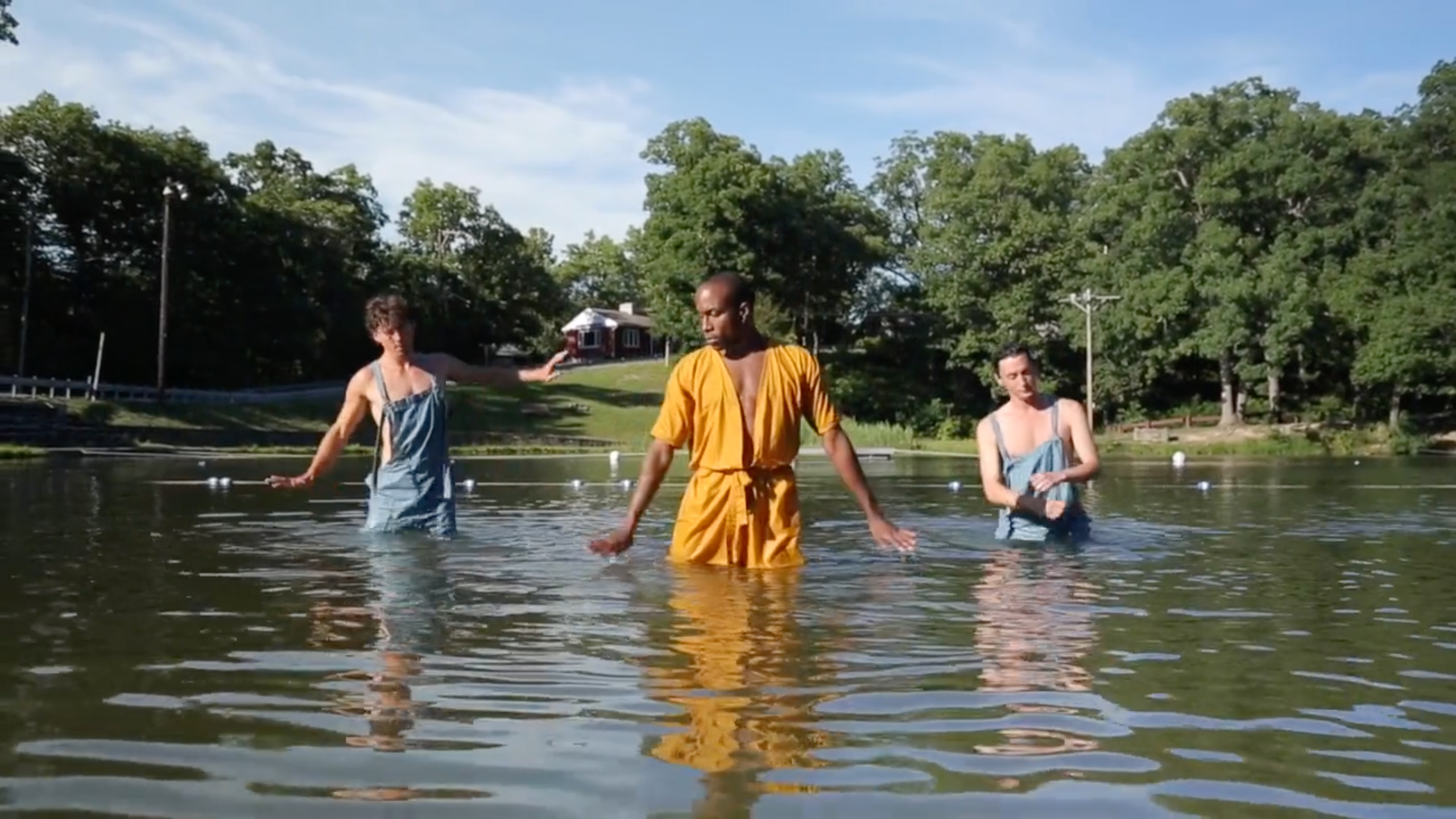