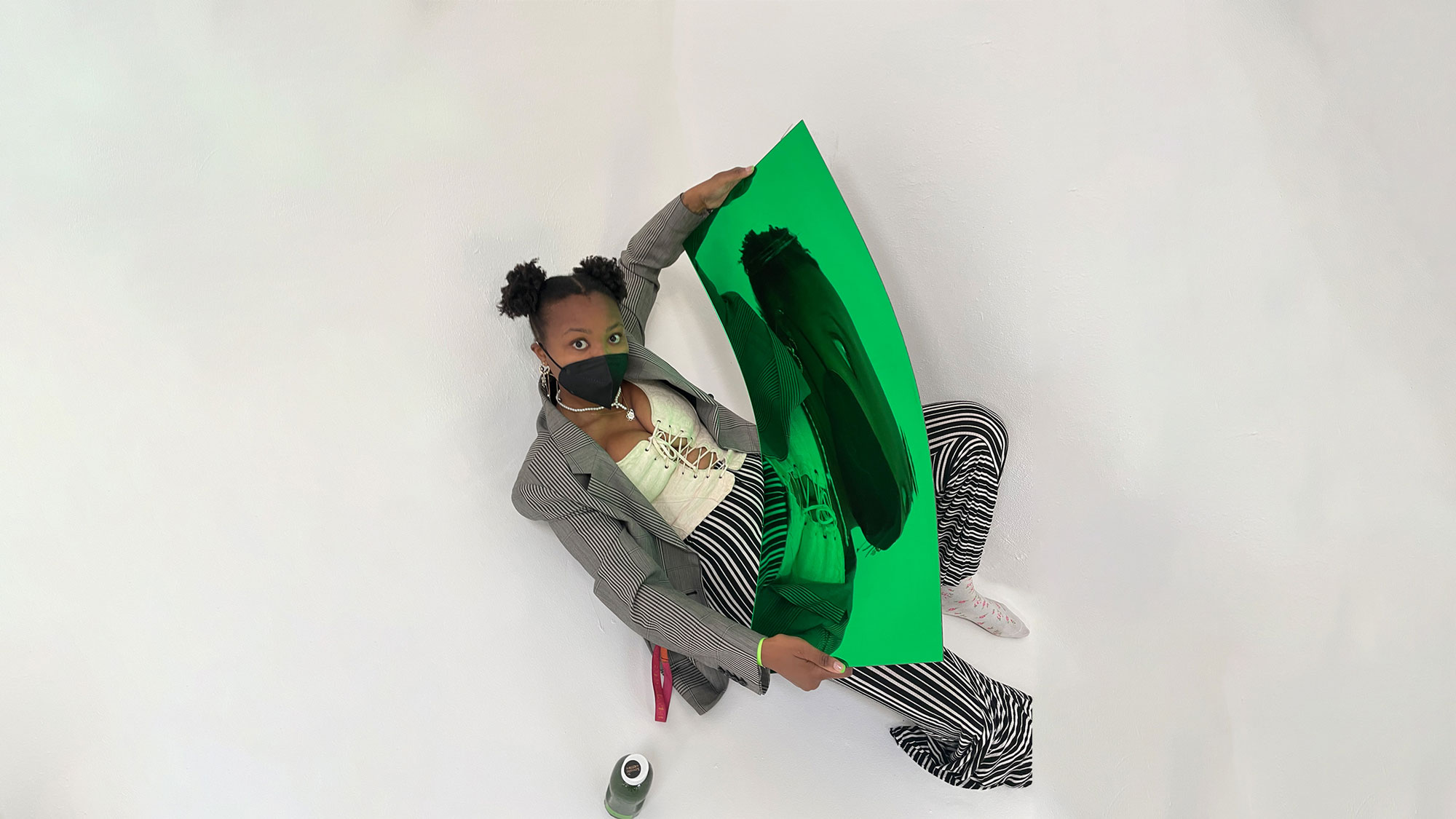 The in-person premiere of Martine Syms’, The African Desperate, is premiering as the closing night film of MoMA and Lincoln Center’s New Directors New Films festival, with a Q&A with Martine Syms on April 30!

This frantic, wildly engaging debut feature from Martine Syms lunges through 24 crucial yet wayward hours in the life of Palace (Syms’s fellow visual artist Diamond Stingily). Following a bizarre and blithely passive-aggressive final interview with her all-white faculty, Palace receives her MFA from an upstate New York art school. Rather than attend that night’s graduation party with friends, she vows to relax and get out of Dodge, back to her hometown of Chicago. However, the night doesn’t go as planned, and Syms takes Palace on a hazy, often hilarious, occasionally surreal trip through those moments where one’s life feels balanced on a precipice. The African Desperate has its own singular momentum, fueled by Syms’s cutting satire and aesthetic invention, and coasting on the rhythms of Stingily’s sly, expertly deadpan comic performance.