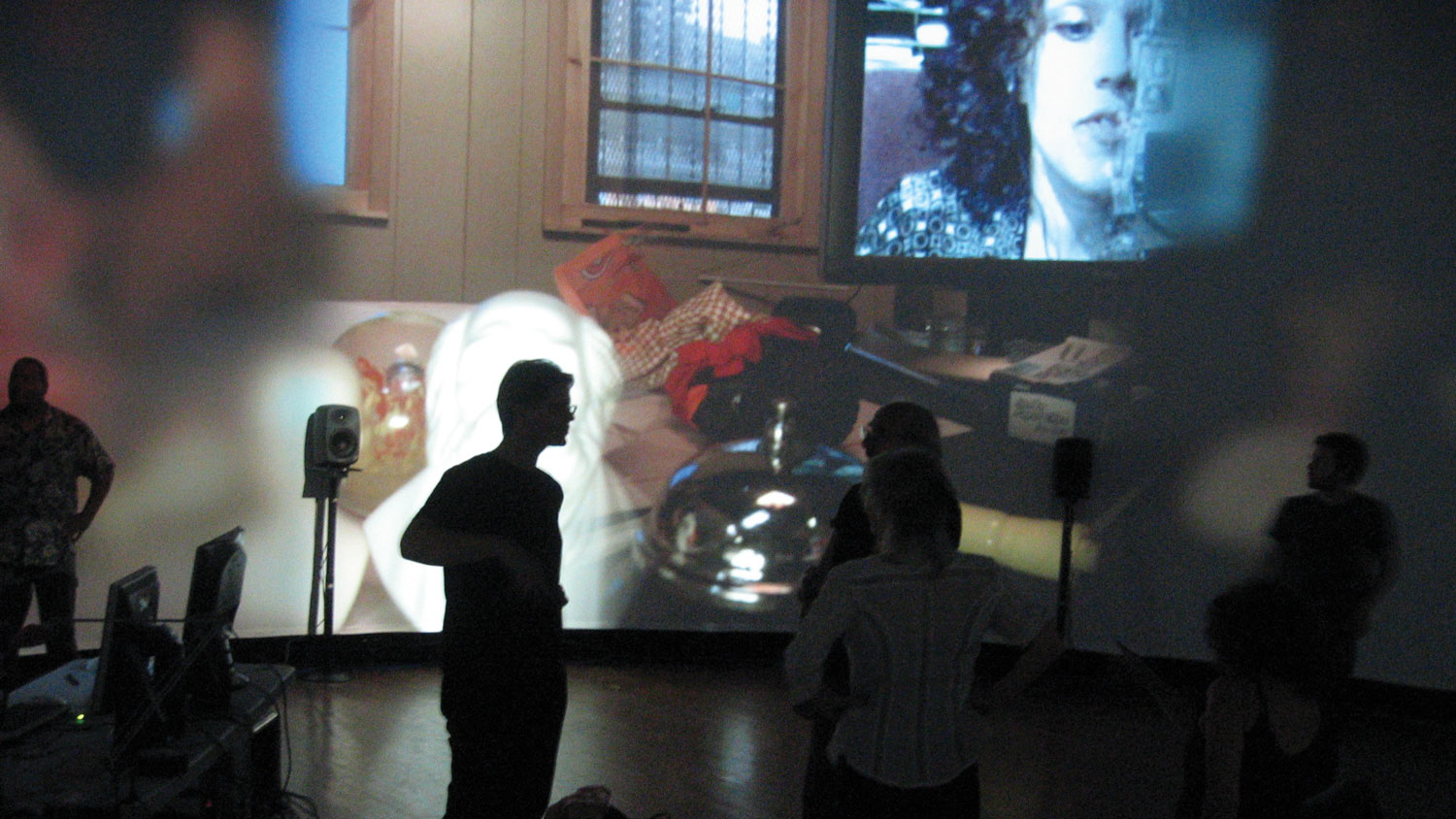 THERE IS STILL TIME..BROTHER is the Wooster Group’s first interactive 360° war film. Sitting inside a panoramic screen, the audience is surrounded by the film’s bewildering narrative space, where the action can only be seen and heard clearly through a virtual peephole that scans the circle, controlled by a member of the audience. The audience becomes immersed in a process of discovery whereby the very choice to look or turn away actually creates the story. This installation—which takes its title from a banner visible in the final scene of Stanley Kramer’s 1959 film, On the Beach, depicting a post-nuclear apocalypse Earth—is a film about war and the ways that individuals respond to war. Seated in a revolving chair in the center of the 360° space, audience members take turns controlling a virtual “window” to highlight discrete aspects of a story about British and French troops battling for control of Fort Calypso (a battle site in the French and Indian War); joining the battle are grotesquely enlarged children’s toys vying for attention with politically minded blog-gers, unsavory YouTube videos, and a mercurial host who attempts to articulate the implications of this unique “narrative space.” With each viewing, a new cinematic experience is spun out of the choices of individual audience members.

Initiated in 2003 as EMPAC’s first commissioned work, THERE IS STILL TIME..BROTHER took four years of development and production to complete, including technological research and collaboration with international partners in Australia and Germany. It was directed by Elizabeth LeCompte and developed with Jeffrey Shaw for his interactive panoramic cinema.

The Wooster Group is a collective of artists who make new work for the theater. Under the direction of Elizabeth LeCompte and with its associates and staff, the group has created over 40 works for theater, dance, and media. For more than 30 years, the Wooster Group has cultivated new forms and techniques of theatrical expression reflective of and responsive to our evolving culture, while sustaining a consistent ensemble and maintaining a flexible repertory. Elizabeth LeCompte has directed all of the Wooster Group’s productions since the founding of the company in 1976. Jeffrey Shaw has been a leading figure in new media art since its emergence from the performance, expanded cinema, and installation paradigms of the ’60s to its present day technology-informed and virtualized forms. 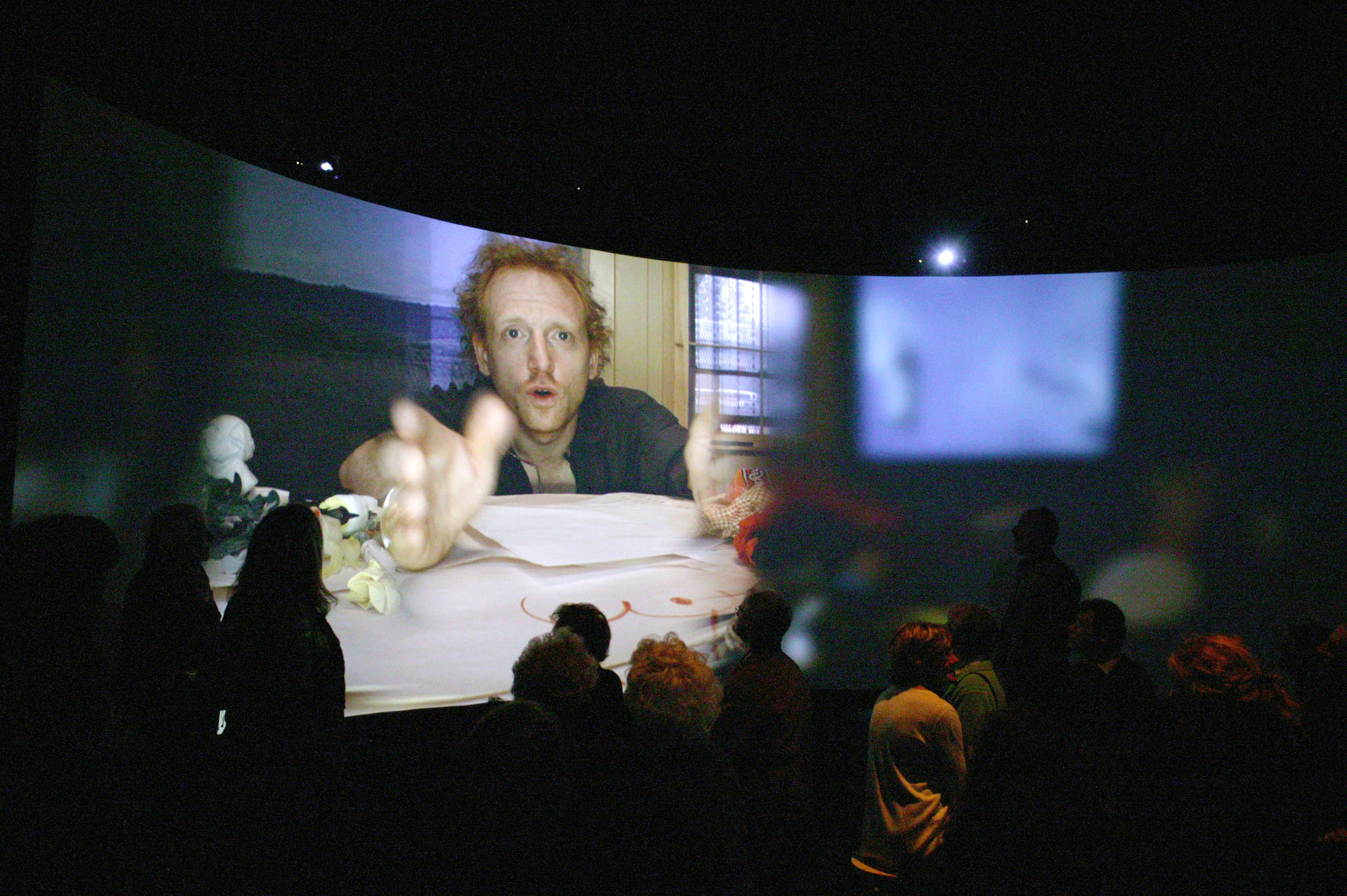