A visually and sonically driven performance, based on Mary Shelley’s early life and her famous novel, as well as horror movies, the work of Antonin Artaud, and Ardunio open-source electronics. The central design element in this multidisciplinary piece was the heart of Frankenstein—a giant, 20-foot tall, inflatable heart made from thousands of plastic Walmart and Price Chopper shopping bags—constructed by the company during their two-week residency. Software and hardware designers also created infinite interactive Arduino open-source electronics that would eventually influence sound, video, and lighting during the performance—all controlled by performers themselves.

Radiohole is a Brooklyn-based performance collective founded in 1998 by Erin Douglass, Eric Dyer, Maggie Hoffman, and Scott Halvorsen Gillette. At the heart of the company’s ethic is collaboration and play. Their cut-up techniques, rich object-oriented visual sense, amplified, sampled sound, and raw, energetic performance style owe as much to the punk and new wave movements of the 1970s and ’80s as they do to any formal theatrical tradition. 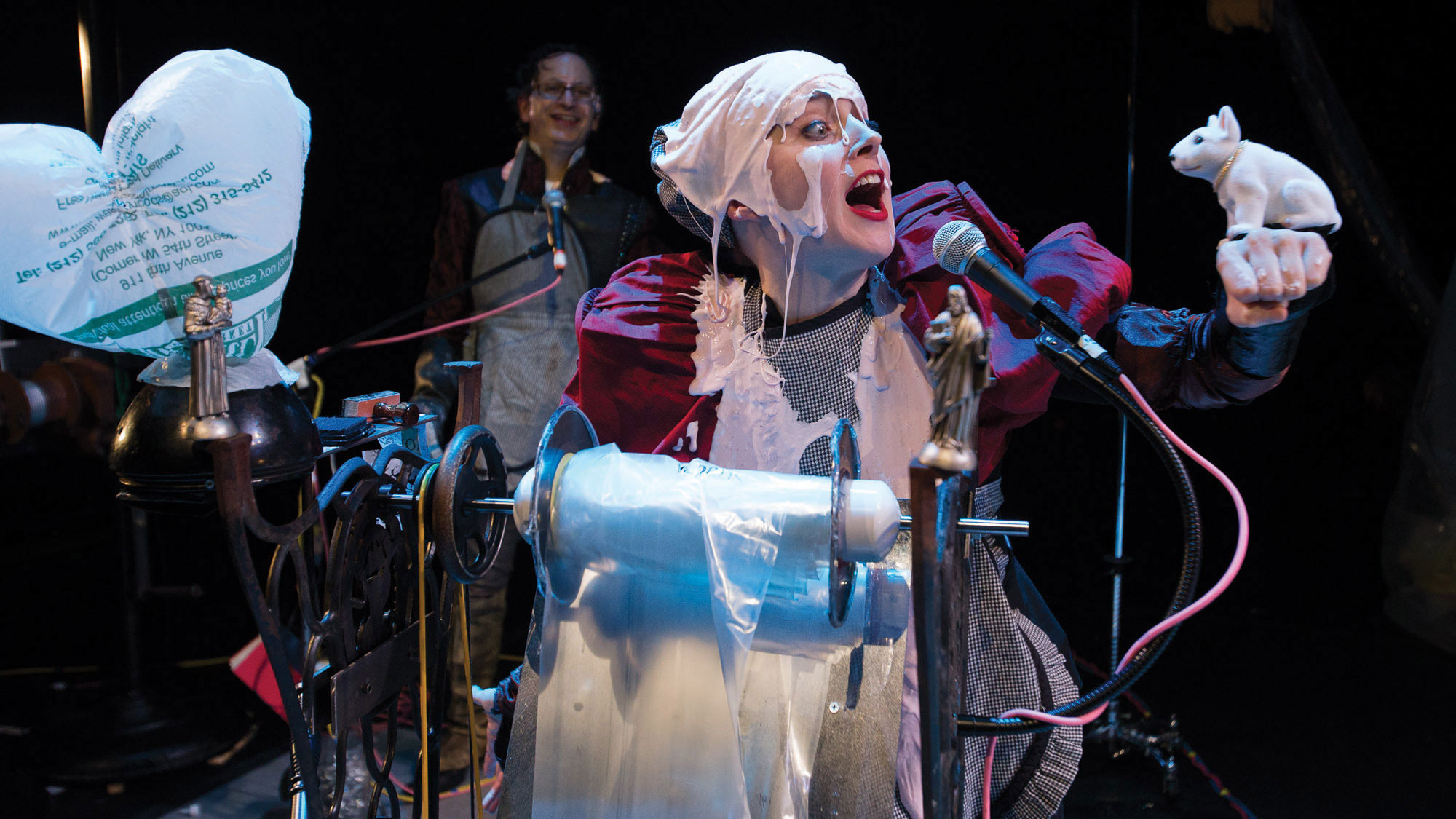