The Periphery of Perception

Ryan and Trevor Oakes engage in probing studies of visual perception and light, discovering methods that advance the representation of visual reality. The Periphery of Perception was an exhibition looking at the development of the Oakes’ work over the past 10 years, and featured a commissioned drawing of EMPAC’s Concert Hall. Created in residence over the course of a month, the drawing used a method they invented: a binocular tracing technique that does not rely on optical devices. Their method has been described by Columbia University’s perceptual historian Jonathan Crary as one of the most original breakthroughs in the rendering of visual space since the Renaissance. The EMPAC drawing also marked the first time that the Oakes brothers expanded the scale of their canvas to encompass the entirety of the human visual field. The exhibition was complemented by a panel discussion on optics, the nature of light, and the rendering of visual reality with writer Damien James, photographer Michael Benson, and the artists.

Work by Ryan and Trevor Oakes is held in the permanent collections of the Field Museum and the Spertus Museum in Chicago, and the New York Public Library. Their public art projects include a large-scale outdoor sculpture that debuted in Chicago’s Millennium Park in the summer of 2009, and is now installed at O’Hare International Airport. 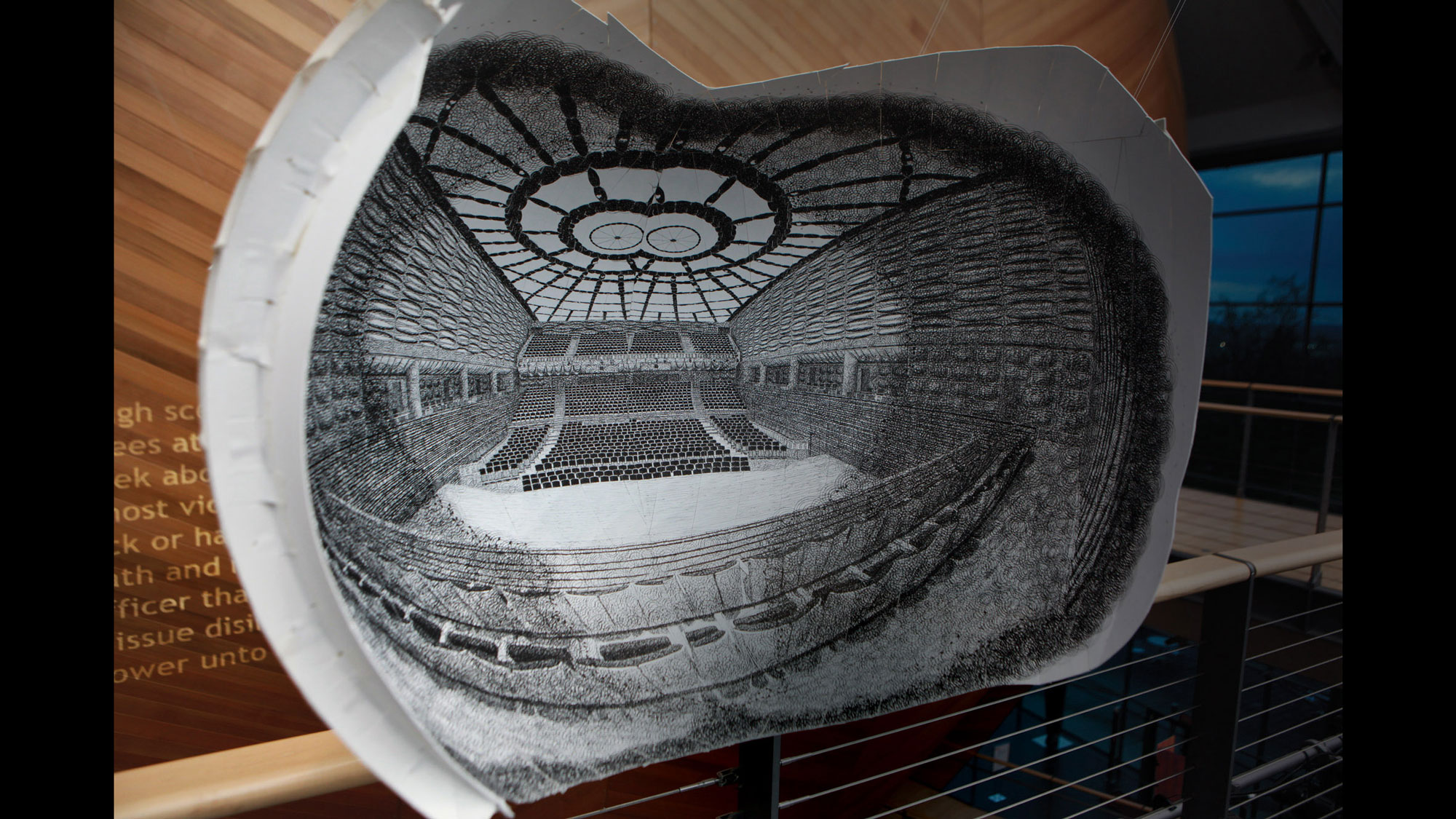 The Periphery of Perception