During a two-week production residency, Norwegian choreographer Ella Fiskum and her team of dancers and designers workshopped Triptych 0811 prior to its North American premiere at EMPAC. Like a painted triptych in which three separate images are placed side-by-side, Triptych 0811 explores the relationship between dreams, reality, and ambition with the inner life of fantastic aspirations flanked by the obstacles of real life. Fiskum uses classical ballet vocabulary to create a theatrical dreamscape: a woman in a burqa, a ballerina turned nightclub dancer, a Hollywood starlet played by a man, and a prima ballerina. The performance featured live music by Norwegian rock guitar legend Ronni Le Tekrø and stage design by Serge von Arx. Fiskum has worked as a dancer since 1992 for major choreographers and companies in Norway and Canada, and later was a producer for DRE, an international project with performances in India, Spain, and at the Norwegian National Opera and Ballet. She founded Ella Fiskum Danz in Oslo in 2000. 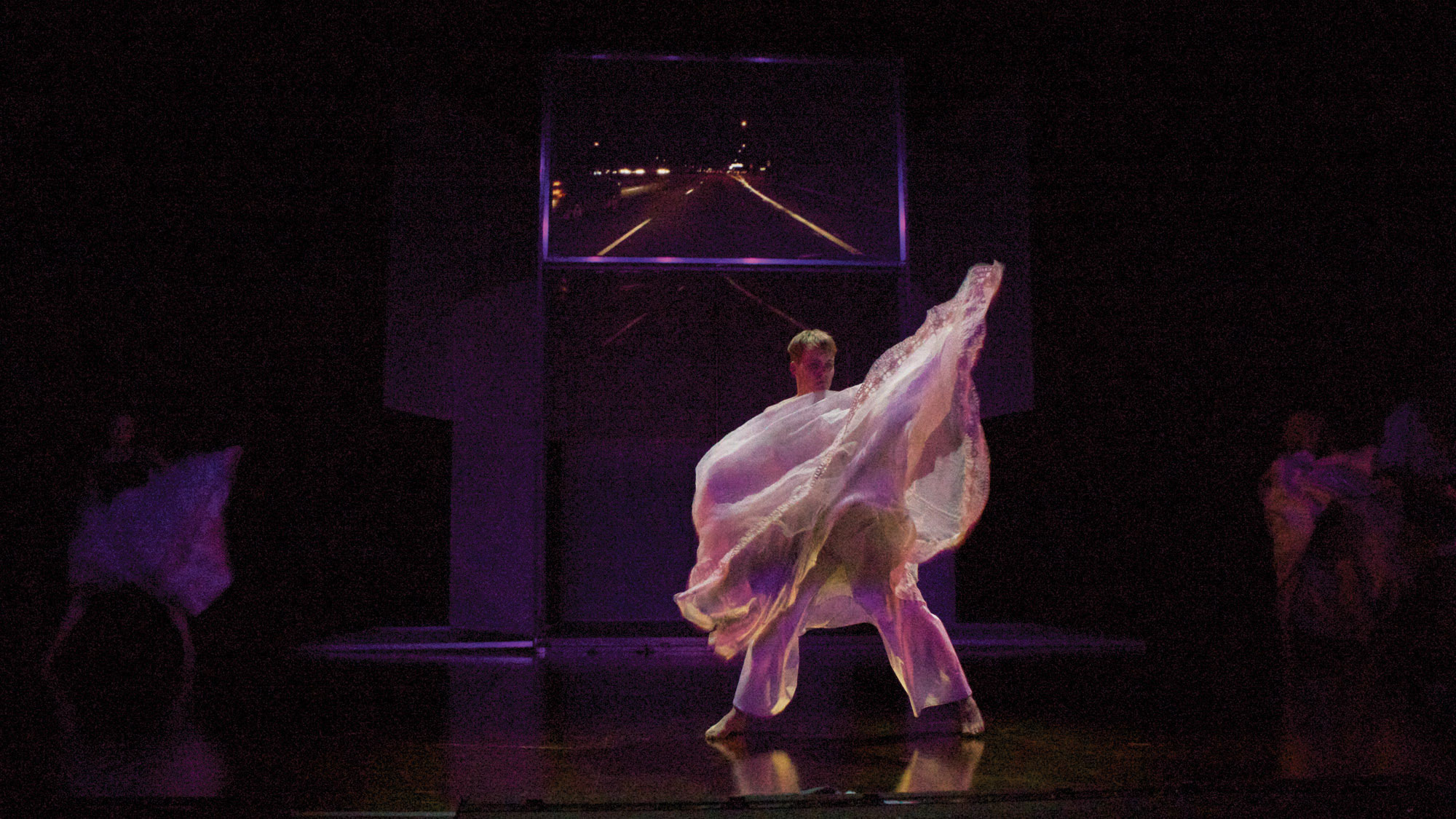