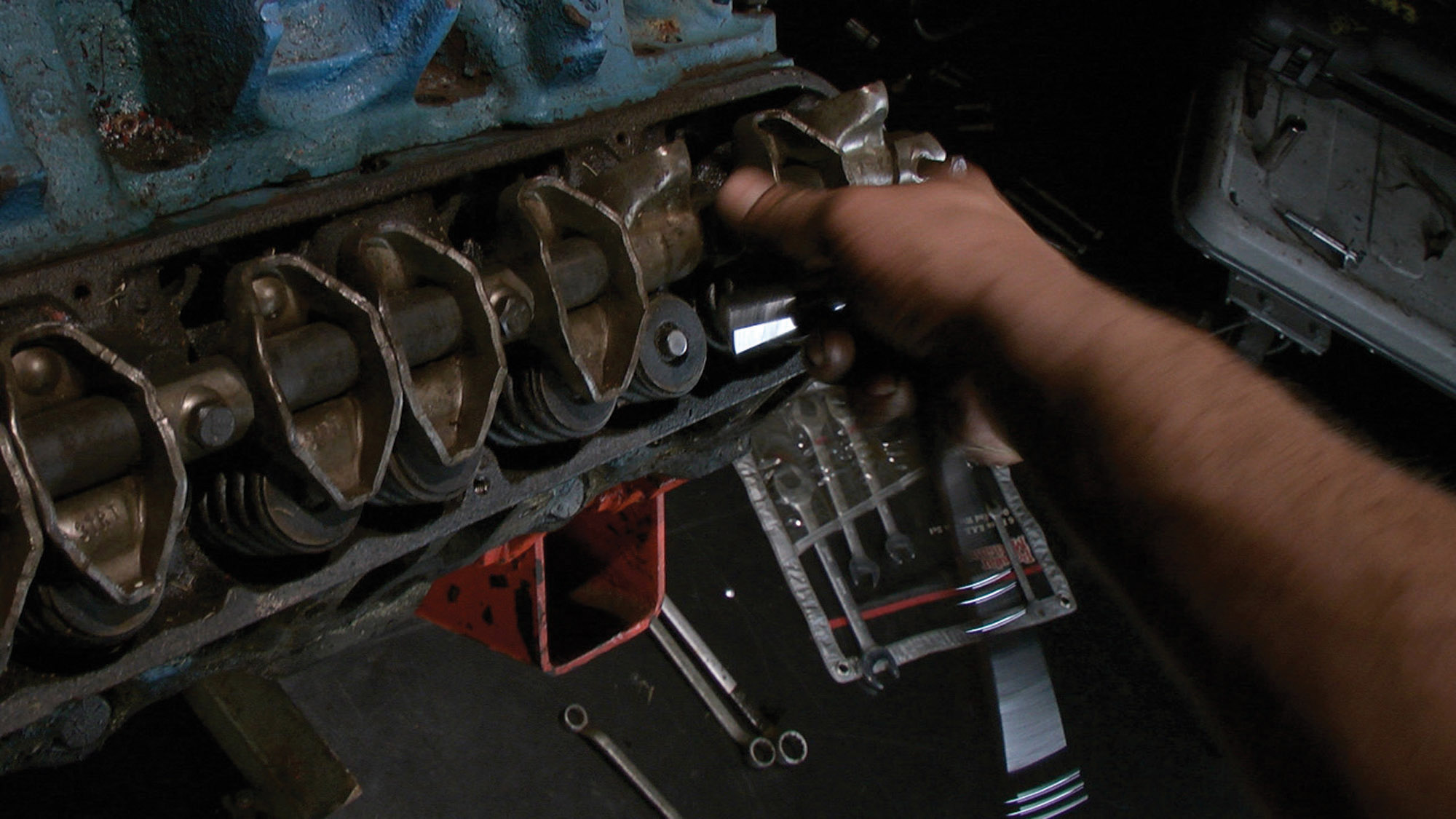 Patricia L Boyd’s short film was produced during her Frieze Film commission production residency at EMPAC. It features an EMPAC production technician self-recording the assembly and breakdown of his Dodge truck engine. During a two-week shoot at EMPAC, Boyd experimented with different scenarios for capturing and combining handheld camera motion to create a film that resists the idea that gesture can be read as a transparent revelation of authorship. Curated and produced in collaboration with Nicola Lees (Frieze Foundation, London).