Theater director Aaron Landsman, visual artist and filmmaker Brent Green, and performer Jim Findlay collaborated on Empathy School, an EMPAC commission that combined travel, theater, and audio in a contained space—a bus trip—where listening to another person’s stories is the only possible act of togetherness. The work was conceived, while Landsman lived in central Illinois. He traveled out of town frequently, and to get home, flew into Chicago and then took a night bus for three hours, overhearing riders as they spoke to relatives on the phone or talked to one another. Their stories were of financial desperation and separated families, reflecting the difficult circumstances of those abandoned by the post-industrial economy. In residence, the artists engaged in final audio mastering, installation of audio and video hardware on the bus and in locations along the route, as well as rehearsals.

Aaron Landsman creates participatory performances that combine formal experimentation with long-term community engagement. His works are often staged where people go every day—homes, offices, meeting rooms, and sidewalks. He has taught at the Juilliard School, the University of Illinois, and New York University, and has guest lectured widely. Brent Green is a visual artist, filmmaker, and storyteller working in the Appalachian hills of rural Pennsylvania. Green’s films have screened, often with live musical accompaniment, in venues such as MoMA, the J. Paul Getty Museum, Walker Art Center, Hammer Museum, Museum of Fine Arts Boston, Wexner Center for the Arts, The Kitchen, and the Sundance Film Festival. 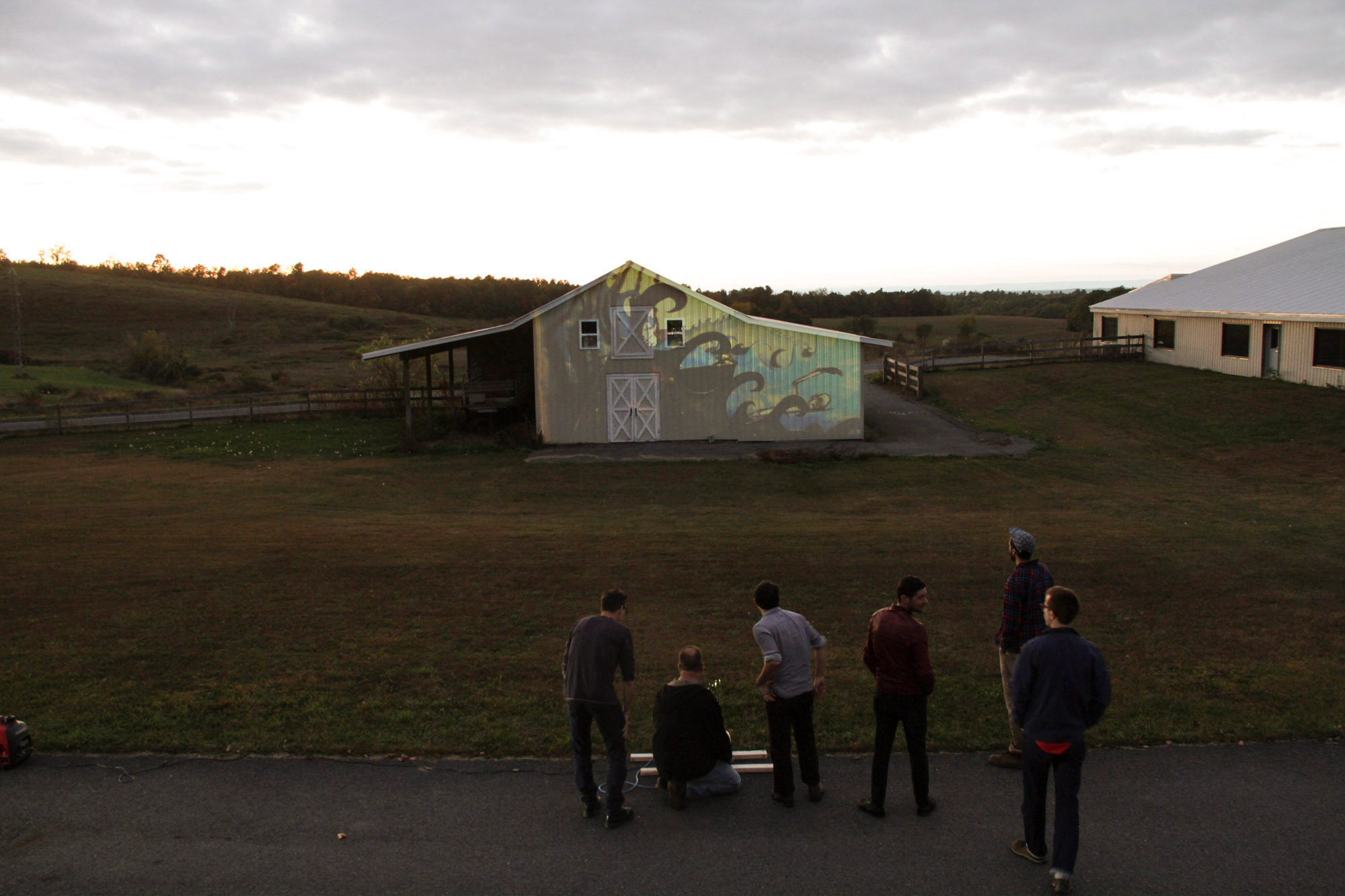