My Voice Has An Echo In It

A six-hour performance—combining live music, text, and video—where the performers were confined in a freestanding 24' x 6' soundproof box. Free to come and go, the audience was able to see the inside, stationed at windows, and listen to the performance through headphones whenever they chose. But the performers could only see their reflections in the two-way mirrors, stretching off infinitely in both directions. This EMPAC-commissioned work called into question the very nature of live events. All sounds created by the performers were captured, processed, and stored by a computer before being played back for the listener after a few seconds delay. The audience experienced the performance both as a live spectacle and a disembodied record of what had just been presented.

Commissioned by EMPAC, with additional funding from the New York State Council on the Arts (with the support of Governor Andrew Cuomo and the New York State Legislature), and by a NYSCA Composer Commission. Additional residency support provided by The Watermill Center and Ideal Glass Gallery. 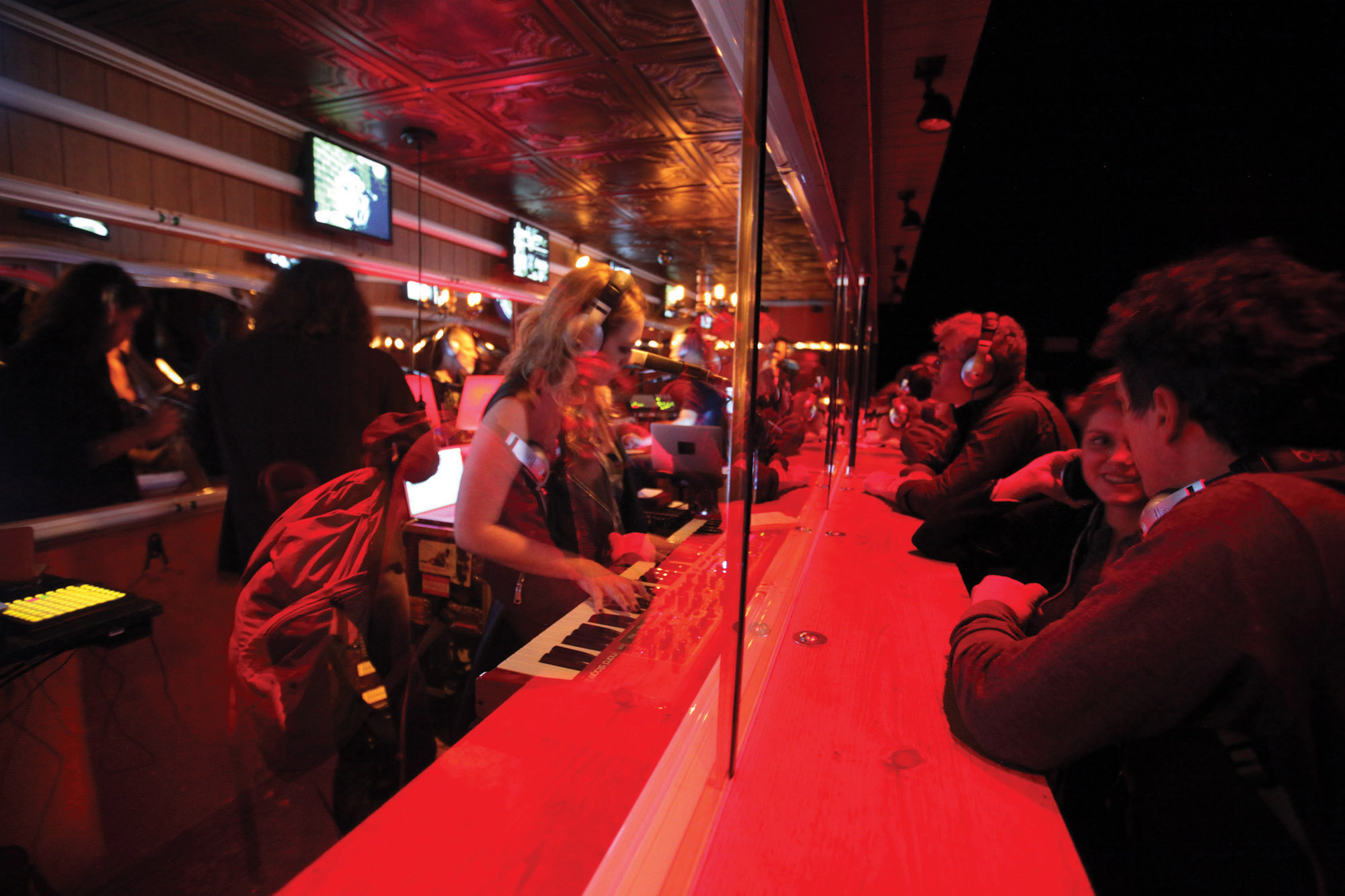 My Voice Has An Echo In It