Cally Spooner’s EMPAC production residency, culminated in a performance with multiple actors, dancers, and stage sets that attempts to integrate the process of filming into the pro- duction itself, the event was live-streamed and took on the format of a TV variety show.

Commissioned by the Stedelijk Museum, Amsterdam, and made possible with support from the Arts Council England and a production residency at Curtis R. Priem Experimental Media and Performing Arts Center / EMPAC at Rensselaer Polytechnic Institute 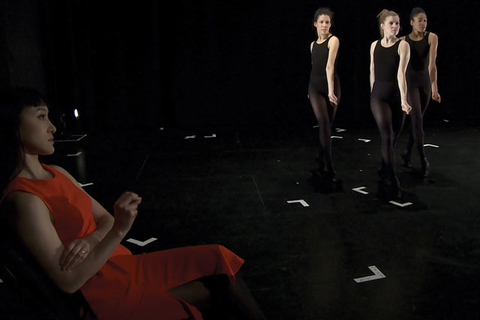 And You Were Wonderful, On Stage