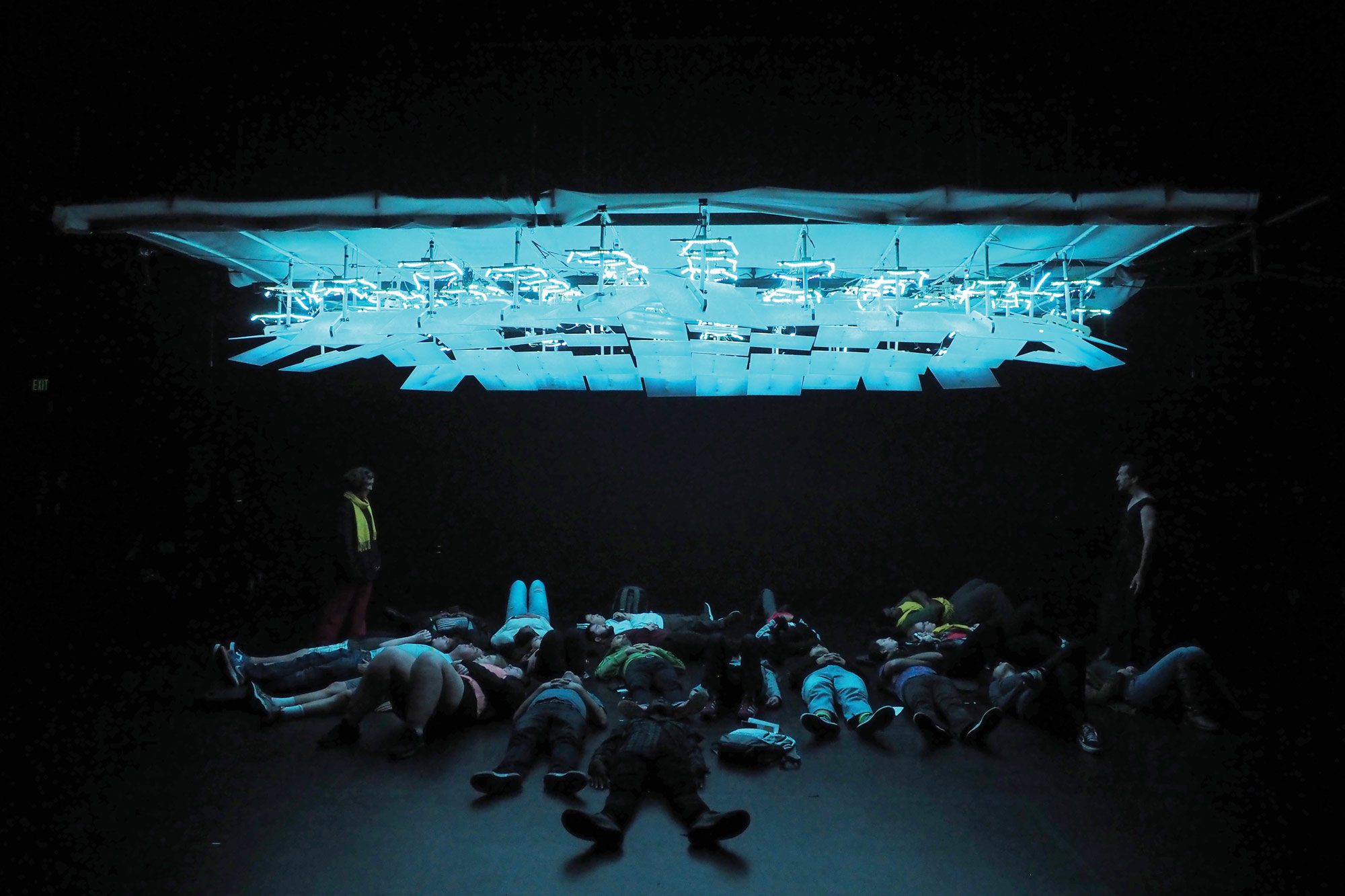 Over the course of two and a half years, Mary Armentrout Dance Theater worked in residence toward the fall 2018 premiere of Listening Creates an Opening. A collaboration between Oakland-based choreographer Mary Armentrout, media artist Ian Winters, composer Evelyn Ficarra, and performer Chris Evans, the project took shape over the course of a number of production visits, work-in-progress presentations, workshops, and pop-up performances.

Armentrout introduced audiences to the project’s focus on bodily approaches to technology through a workshop in spring 2017, From Feldenkrais to GoPro, which paired Feldenkrais techniques of awareness-through-movement with media technologies. At this point, the team also initialized a year-long time-lapse video, documenting EMPAC’s north staircase and equipping the lower landing with props, including the work’s iconic motorcycle helmet, for building visitors to interact with the video. The scope of the work grew to incorporate themes of architecture and histories of place, resulting in a work-in-progress performance that led audience members from Rensselaer’s Off-Campus Commons, through the EMPAC building and down into the city of Troy. The final, roving performance expanded on this path, with performer Jack Magai leading audiences through these sites, as well as the Karma Hair Salon, and Uncle Sam’s Good and Natural Products, ending at the Hudson River. Along the way, the performance incorporated footage from the year-long time lapse as well as recurring performance motifs.