Canadian artist Isabelle Pauwels was in residence with eight actors to film If It Bleeds, an experimental art video inspired by recent events in the world of Mixed Martial Arts.

Historically, MMA was promoted as something very distinct from both boxing (a sport so corrupt that the best hardly ever fight the best) and especially, from pro wrestling (which is totally scripted, and driven by mic skills, costumes and bad acting). But, in seeking to expand into the mainstream, MMA promoters increasingly court the artifice of wrestling, promoting the showman over the sportsman. As the characters battle through promotional tours, post fight pressers and disciplinary hearings, they are continually upstaged by each other, seduced by their public image, and driven by the fiction that everything happens “for a reason.” If It Bleeds uses the pageantry of sports-entertainment to explore the grotesque and sublime spectacle that is everyday survival. 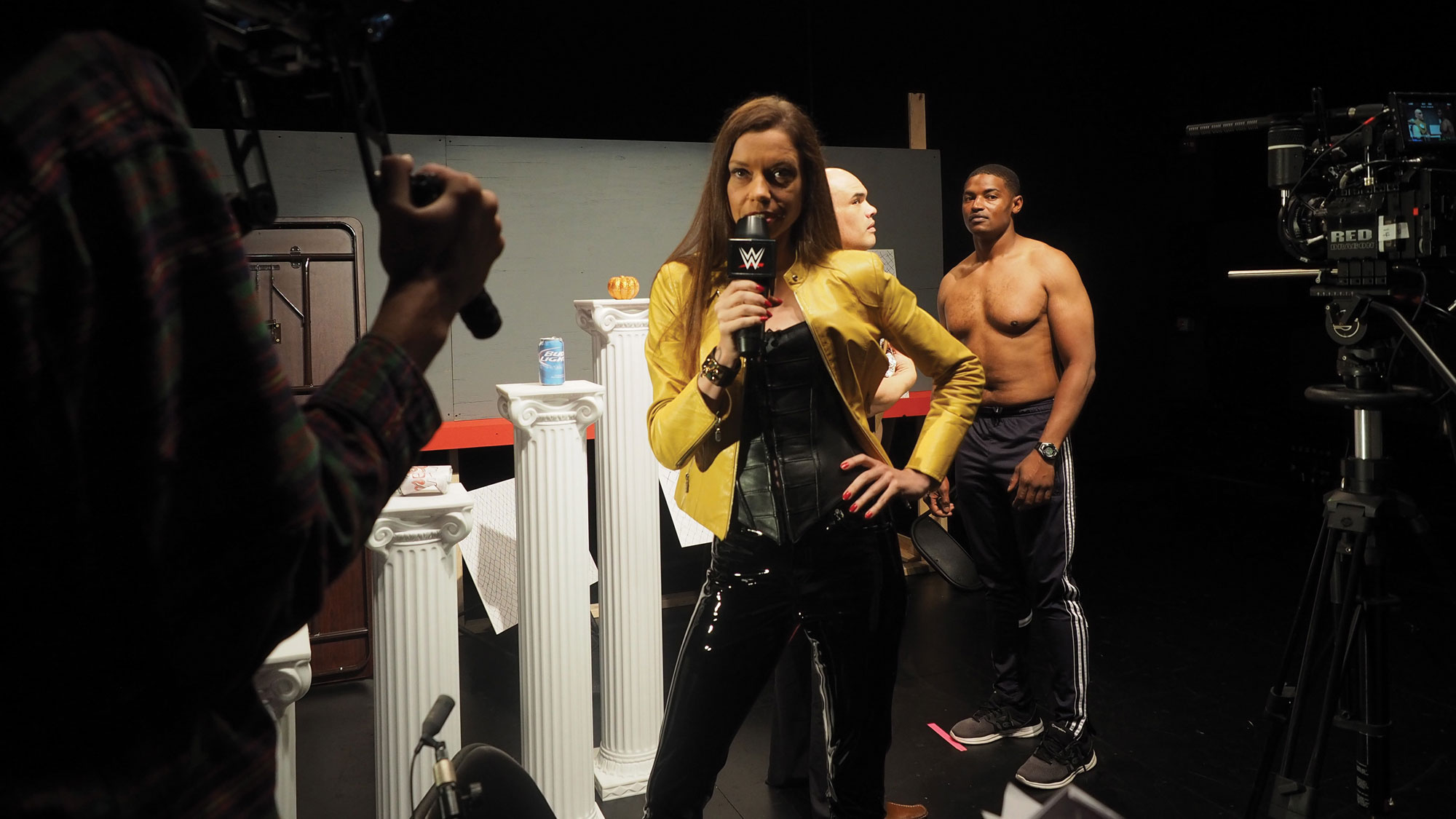