Ricardo Dominguez was a founding member of Critical Art Ensemble and a cofounder of Electronic Disturbance Theater 1.0 (EDT), a group who developed virtual sit-in technologies in solidarity with the Zapatistas communities in Chiapas, Mexico, in 1998. His recent Electronic Disturbance Theater 2.0/b.a.n.g. lab project with Brett Stalbaum, Micha Cardenas, Amy Sara Carroll, and Elle Mehrmand, the Transborder Immigrant Tool—(a GPS cell phone safety net tool for crossing the Mexico/US border) was the winner of Transnational Communities Award (2008), an award funded by Cultural Contact, Endowment for Culture Mexico–US and handed out by the US Embassy in Mexico. It also was funded by CALIT2 and the UCSD Center for the Humanities. The Transborder Immigrant Tool has been exhibited at the 2010 California Biennial (OCMA), ZKM, Germany (2013), and Intergalactix: against isolation/contra el aislamiento, LACE, CA (2021), as well as several other national and international venues. The Transborder Immigrant Tool was also under investigation by the US Congress, the FBI, Homeland Security, UCSD and UCOP in 2009–10 and was reviewed by Glenn Beck in 2010 as a gesture that potentially “dissolved” the US border with its poetry. Dominguez is an associate professor at the University of California San Diego and Principal/Principle Investigator at CALIT2/Qi, UCSD. He was a Society for the Humanities Fellow at Cornell University (2017–18), a Rockefeller Fellow (Bellagio Center, Italy) during the summer of (2018), and a UCLA Luskin Institute on Inequality and Democracy Fellow (2021). He took part in a video series entitled An Oral History of the Internet, for the NYUAD Art Gallery, (2021). Ricardo is also chair of the Department of the Visual Arts, UCSD. 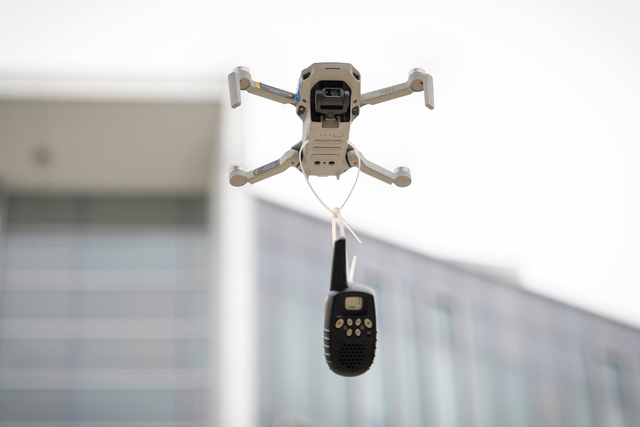 Talk
Title 42, or, The Flight of the Pallindrone
Ricardo Domingeuz & Amy Sara Carroll