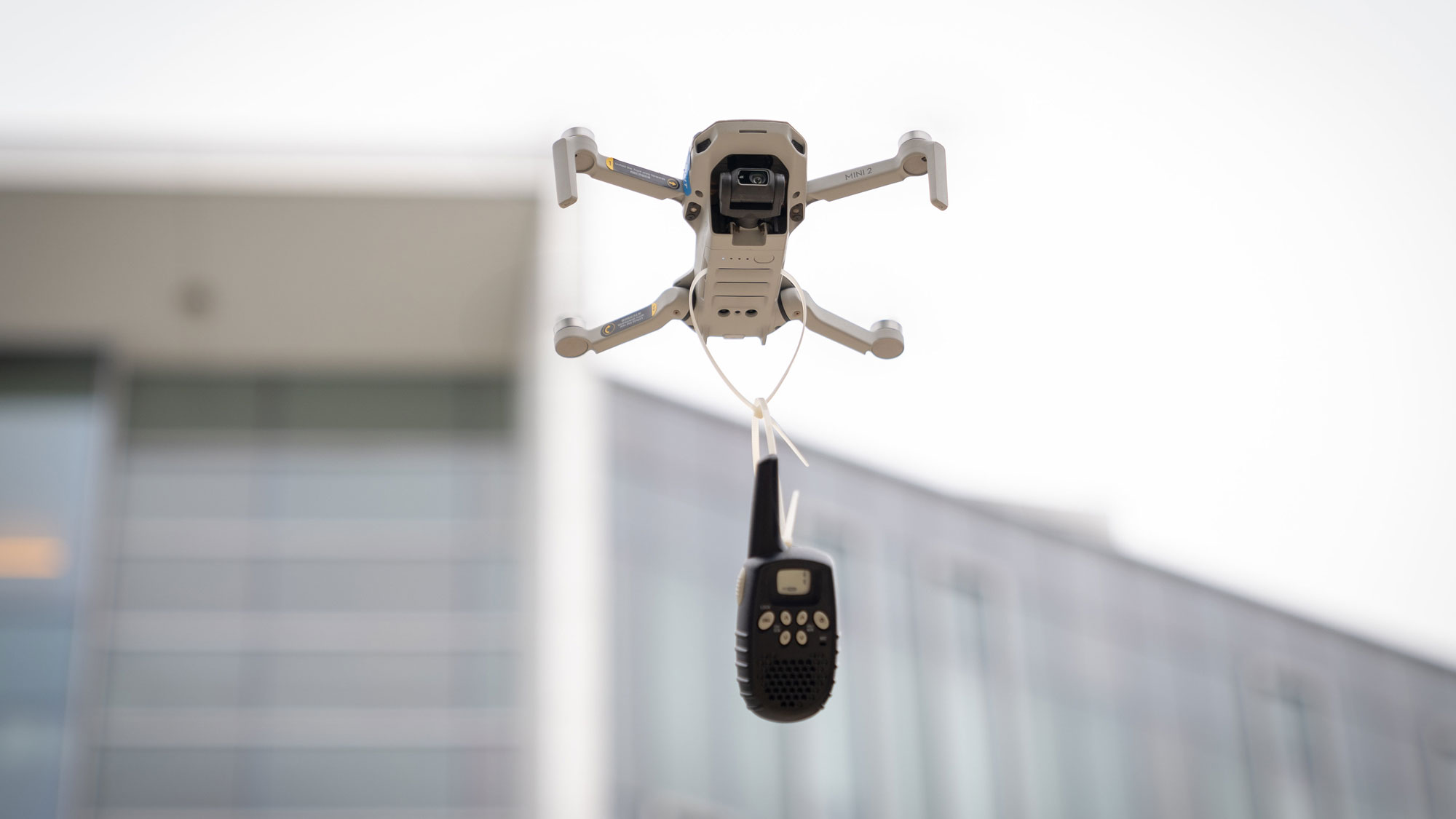 Title 42, or, The Flight of the Pallindrone

In this talk, Ricardo Dominguez and Amy Sara Carroll of the collective Electronic Disturbance Theater 2.0 discuss a brief history of the collective’s previous work in relation to borders; the relationship between NAFTA, US Prevention through Deterrence philosophy, the binational War on Drugs, and the emergence of border art as genre.

Each decade of the twentieth century triggered draconian refinements of the “border horror” of U.S. immigration policy. Resulting borderization in the twenty-first century continues as such, now with blurred divides between the flow of goods and the blockage of human beings. Supply chain disruptions and queued shipping containers and the US invocation of Title 42 and “Stay in Mexico” policies, while never comparable, are in equal measure “products” of COVID-19.

Among others, the artists will reflect on the influences, production and distribution challenges, and discordant reception of the collective’s Transborder Immigrant Tool, a project that debuted fifteen years ago. This project consists of an app designed to provide sustenance in grueling desert conditions like those that abut the US-Mexico Border. The app consists of poetry and a navigational system that points users toward water sources provided by humanitarian aid organizations like Water Station Inc.

The talk concludes with a discussion of Carroll and Dominguez’s new work-in-progress theater production, “The Flight of the Palindrone.” This project instrumentalizes drone activity to provide a sonic theatrical intervention that plays on surveillance technologies in the Mexican-U.S. borderlands, the participation of the University of California, San Diego (the artists’ own institution) in the research and development of unmanned aerial vehicles, and regional eco-catastrophe—all within the context of Carroll and Dominguez’s continued commitment to translanguaging and the artivist gesture.

In addition to this talk, Amy Sara Carroll and Ricardo Dominguez will host a workshop from 7-9PM on Thursday November 10, 2022 at The Sanctuary for Independent Media in North Troy, NY.

Amy Sara Carroll is Associate Professor of Literature and Writing at the University of California, San Diego and a member of Electronic Disturbance Theater 2.0. Her books include SECESSION; FANNIE + FREDDIE/The Sentimentality of Post-9/11 Pornography, chosen by Claudia Rankine for the Poets Out Loud Prize (2012); and REMEX: Toward an Art History of the NAFTA Era, which received honorable mentions for the MLA Katherine Singer Kovacs Prize (2017), the Latin American Studies Association Mexico Section Best Book in the Humanities (2018), and the Association for Latin American Art-Arvey Foundation Book Award (2019). With EDT 2.0 and the University of Michigan Border Collective she coproduced the Transborder Immigrant Tool. She coauthored [({   })] The Desert Survival Series/La serie de sobrevivencia del desierto. Carroll was a Fellow in Cornell University’s Society for the Humanities (2017-18), a Fellow in the University of Texas at Austin’s Latino Research Initiative (2018-19), and a UCLA Luskin Institute on Inequality and Democracy Fellow (2021).

Ricardo Dominguez is chair of the Department of the Visual Arts, University of California, San Diego. He is a founding member of Critical Art Ensemble and a cofounder of Electronic Disturbance Theater 1.0 (EDT), a group who developed virtual sit-in technologies in solidarity with the Zapatistas communities in Chiapas, Mexico, in 1998. His recent Electronic Disturbance Theater 2.0/b.a.n.g. lab project with Brett Stalbaum, Micha Cardenas, Amy Sara Carroll, and Elle Mehrmand, the Transborder Immigrant Tool—(a GPS cell phone safety net tool for crossing the Mexico/US border) was the winner of “Transnational Communities Award” (2008), an award funded by Cultural Contact, Endowment for Culture Mexico–US and handed out by the US Embassy in Mexico. It also was funded by CALIT2 and the UCSD Center for the Humanities. The Transborder Immigrant Tool has been exhibited at the 2010 California Biennial (OCMA), ZKM, Germany (2013), and Intergalactix: against isolation/contra el aislamiento, LACE, CA (2021), as well as several other national and international venues. The Transborder Immigrant Tool was also under investigation by the US Congress, the FBI, Homeland Security, UCSD and UCOP in 2009–10 and was reviewed by Glenn Beck in 2010 as a gesture that potentially “dissolved” the US border with its poetry. Dominguez is an associate professor at the University of California San Diego and Principal/Principle Investigator at CALIT2/Qi, UCSD.. He was a Society for the Humanities Fellow at Cornell University (2017-18), a Rockefeller Fellow at the Bellagio Center, Italy (2018), and a UCLA Luskin Institute on Inequality and Democracy Fellow (2021). He took part in a video series entitled An Oral History of the Internet, for the NYUAD Art Gallery, (2021).

The Flight of the Palindrone by Electronic Disturbance Theater 2.0. Courtesy the artists. Photo: Gallery@QI (2022).

In person and livestreamed. Stay tuned for more info.

This event is a collaboration between EMPAC and the iEAR Presents series with support from RPI’s ARTS department and School of Humanities, Arts and Social Science. Community co-sponsor is The Sanctuary for Independent Media.

Funding has been provided by the Electronic Film and Media area of the New York Council on the Arts.