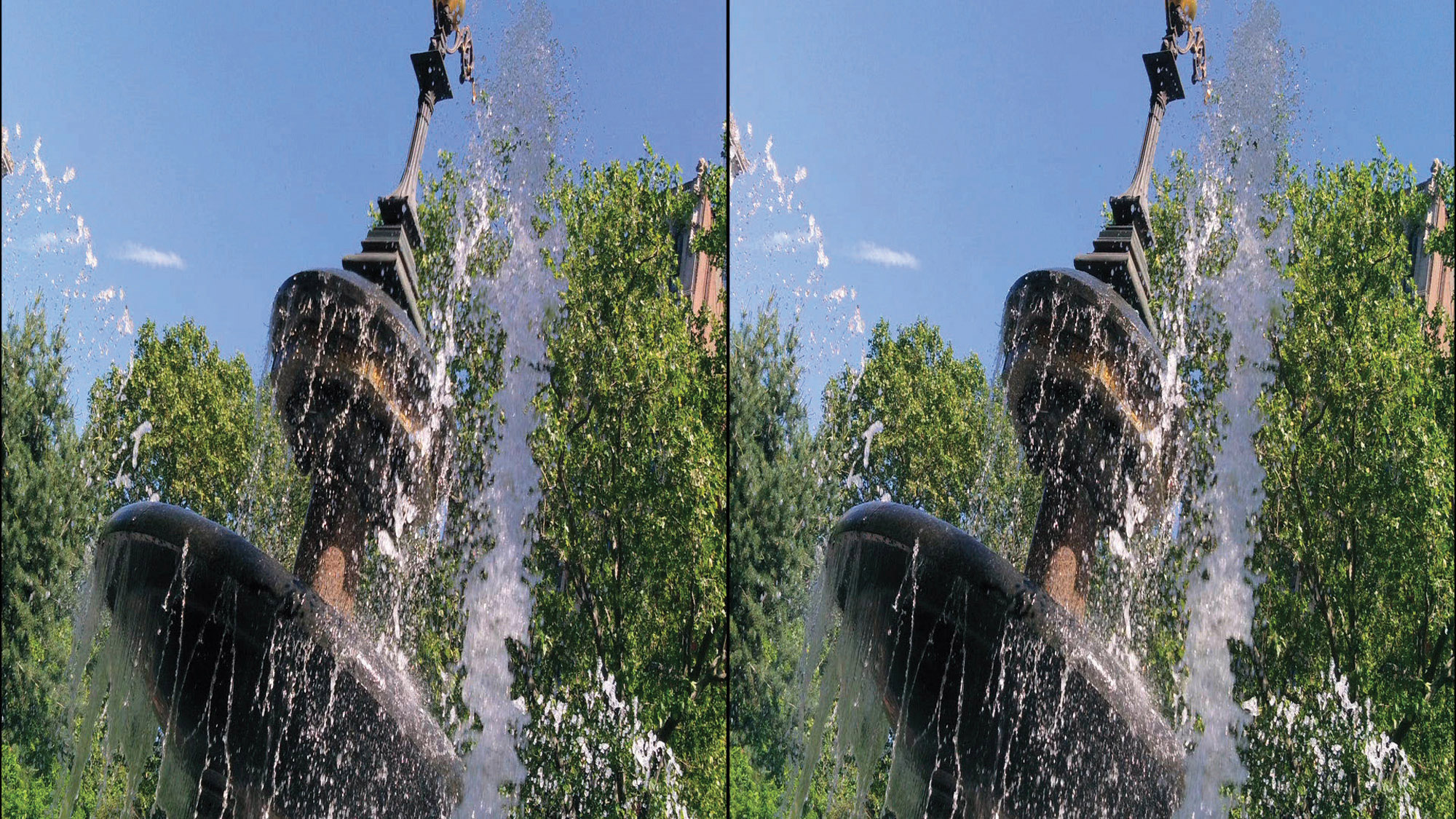 “Advanced art even questions the eyes and how they work to conduct reality to our minds.”

Blankets for Indians blends a stereoscopic study of water spurting from New York’s City Hall fountain with an intimately detailed portrait of an Occupy Wall Street march. While in the process of shooting the fountain in 2012, Jacobs serendipitously turned his camera toward a large protest marching to Zuccotti Park in support of Occupy Wall Street. The unexpected connection gives the film new life, seamlessly moving between sensual observation and political commentary, reflection, and abstraction. Using freeze-frames, text, and 3D manipulation, Jacobs questions the contemporary conditions of socio-political struggle, its relation to aesthetics, and the labor necessary to produce both.

Ken Jacobs is a pioneer of the American film avant-garde and a central figure in post-war experimental cinema. His films, videos, and performances have been received at such international venues as the Berlin Film Festival among many others; and MOMI, the Whitney, and MoMA, New York City. He was a featured filmmaker at the International Film Festival Rotterdam in 2004, and Courtisane Festival, Ghent, in 2014.