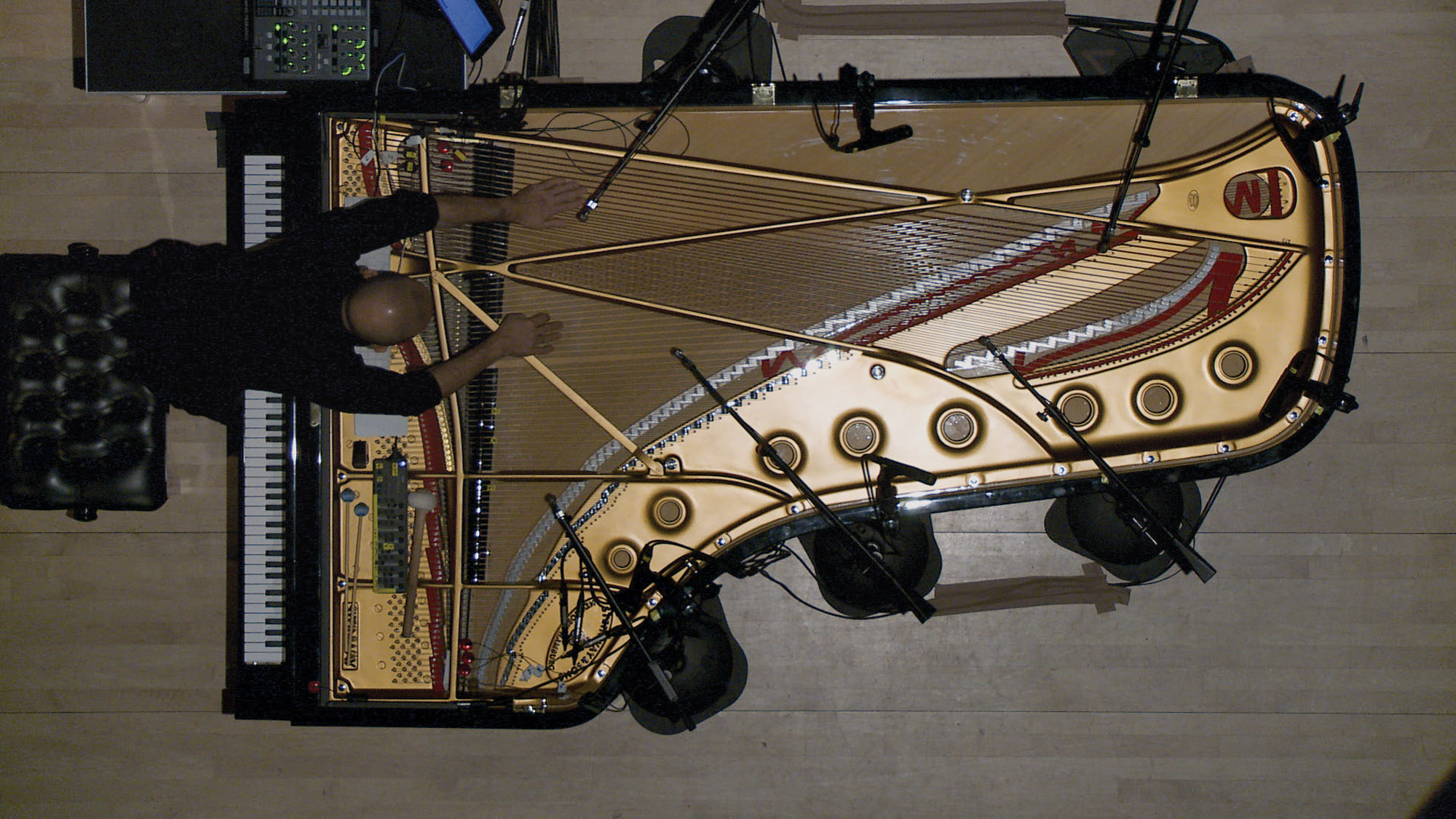 "...one of Greece's leading modern composers and sound-designers"

Imagine being inside a piano. Imagine the piano expanded to the size of a concert hall. This EMPAC-commissioned concert and installation is grounded in the idea of “prepared piano,” a tradition where screws, rubbers, bolts, etc., are attached to the strings inside a piano, altering the sound. Building on the many famous mechanically prepared piano compositions from John Cage to Aphex Twin, Expanded Piano transforms the idea into a uniquely electronic form.

An acoustic piano is wired with both regular microphones and contact microphones attached to the body of the piano, its strings, and mechanisms. Each microphone’s signal is manipulated in real time through a computer and then routed to its own loudspeaker, creating a multichannel space around the audience that puts the listeners “inside” the piano.