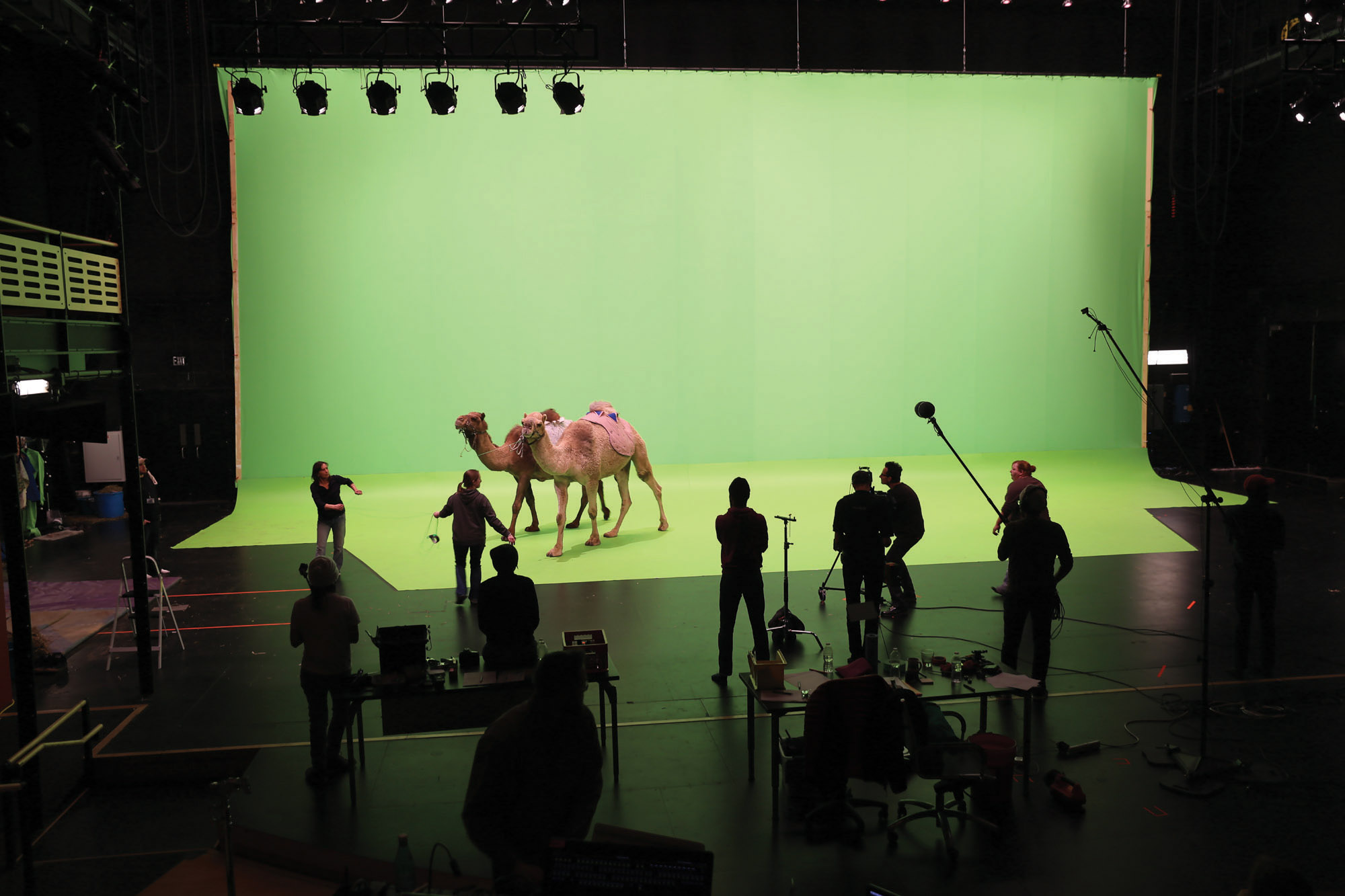 “With a mixed-ensemble cast of political circumstances, bodies (both human and animal), and technology, Atlas Revisited performs a dance between the pursuit of freedom and the pursuit of making images of freedom.” —Karthik Pandian & Andros Zins-Browne.

In 2012, visual artist Karthik Pandian and choreographer Andros Zins-Browne visited the Atlas Film Studios in the desert of Ouarzazate, Morocco. There, in front of film sets from previous Hollywood productions, they hired a group of studio camels and tried to persuade them to dance. The result of this endeavor can be seen in their 2014 video Atlas/Inserts, a choreography that casts the camel both as a political animal and a technology of movement.

Now with Atlas Revisited, their latest collaboration, the artists look back at the project and beyond. In a performance using text, movement, and moving image, they question their own motivations and the consequences of their pursuit of an “image of freedom.”

Drawing on new video material, shot at EMPAC in front of a green screen with American camel-actors, they pose the question of whether Atlas/Inserts was actually a ruse. Was the coercion depicted actually the performance of high-priced American talent keyed into background footage from Morocco? Were the artists documenting a shoot or acting in one?

In Atlas Revisited, Pandian and Zins-Browne stage the making, unmaking, and remaking of a dance about freedom and the treachery often required to realize images of it.

Production Manager: Elisa Demarré (Hiros) With the support from: The Flemish Government and Flemish Community Commission