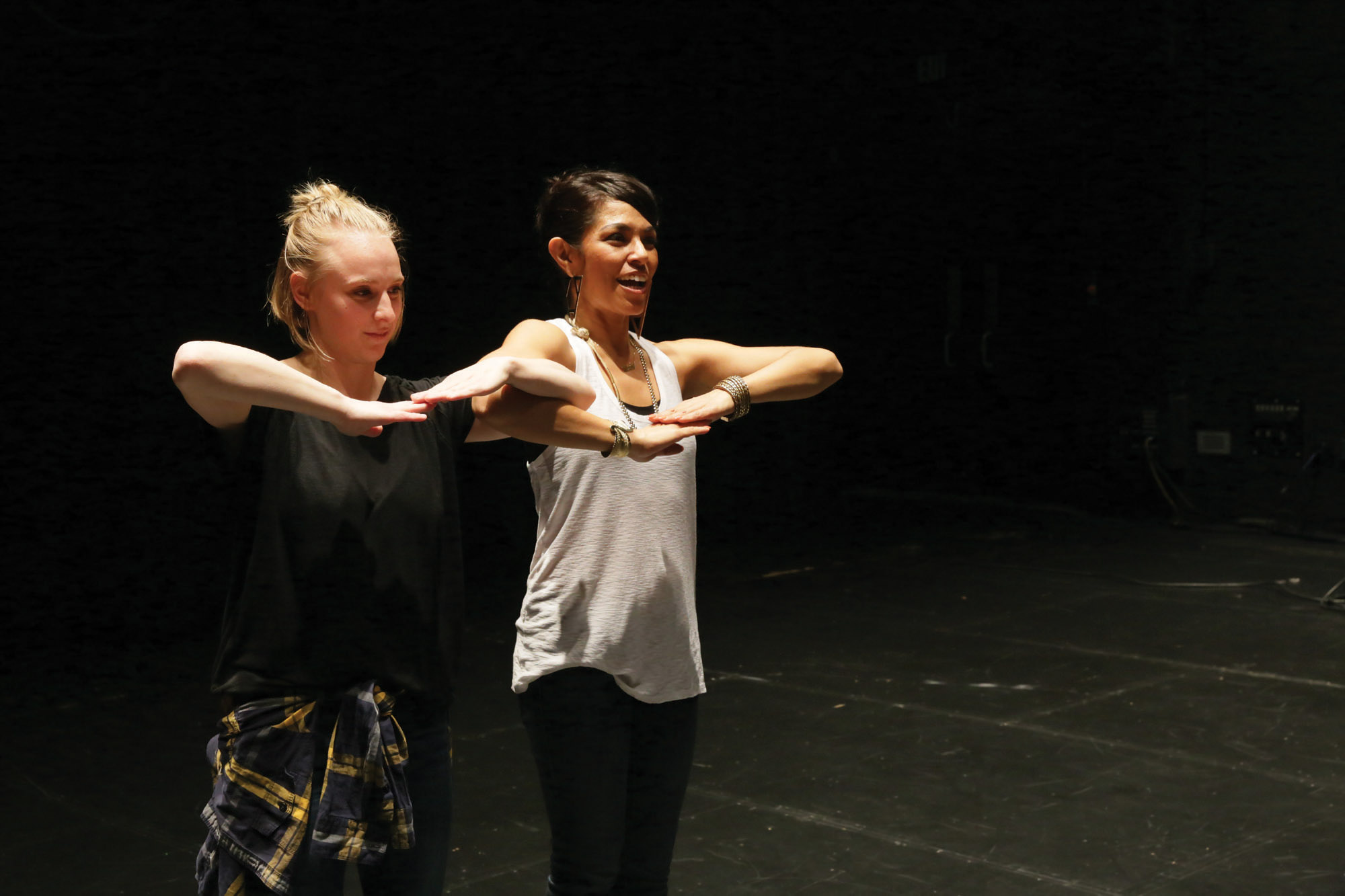 Hip hop dancer, choreographer, and scholar Naomi Bragin led a workshop on the dance style known as the Robot, Robotting, or Botting. She introduced the basic steps and movements of Robotting and contextualized them within the history and practice of street dance. Participants were invited to take part in a dance workshop featuring the freestyle circle, a collective improvisation fundamental to black expressive dance practices. Bragin also addressed the complex relationship between kinesthesia, politics, and technology, and how this relationship enables our understanding of hip hop culture. The workshop explored what happens when the body is the robot and the robot is the body on the street.

Naomi Bragin is assistant professor in the school of Interdisciplinary Arts and Sciences at University of Washington Bothell. Drawing from 20 years dancing in clubs, the streets, and onstage, she researches the intersections of dance, popular culture, media, and black political theory, attending to issues of cultural appropriation and aesthetic politics. Bragin is the founder of DREAM Dance Company, for which she was the recipient of a Ford Foundation Future Aesthetics Artist Award, a Zellerbach Foundation Grant, and was a California Arts Council Artist-in-Residence.

Main Image: Ms Bragan during a workshop at EMPAC during Fall, 2016.

Naomi Bragin presenting her talk in the Theatre in October, 2016.