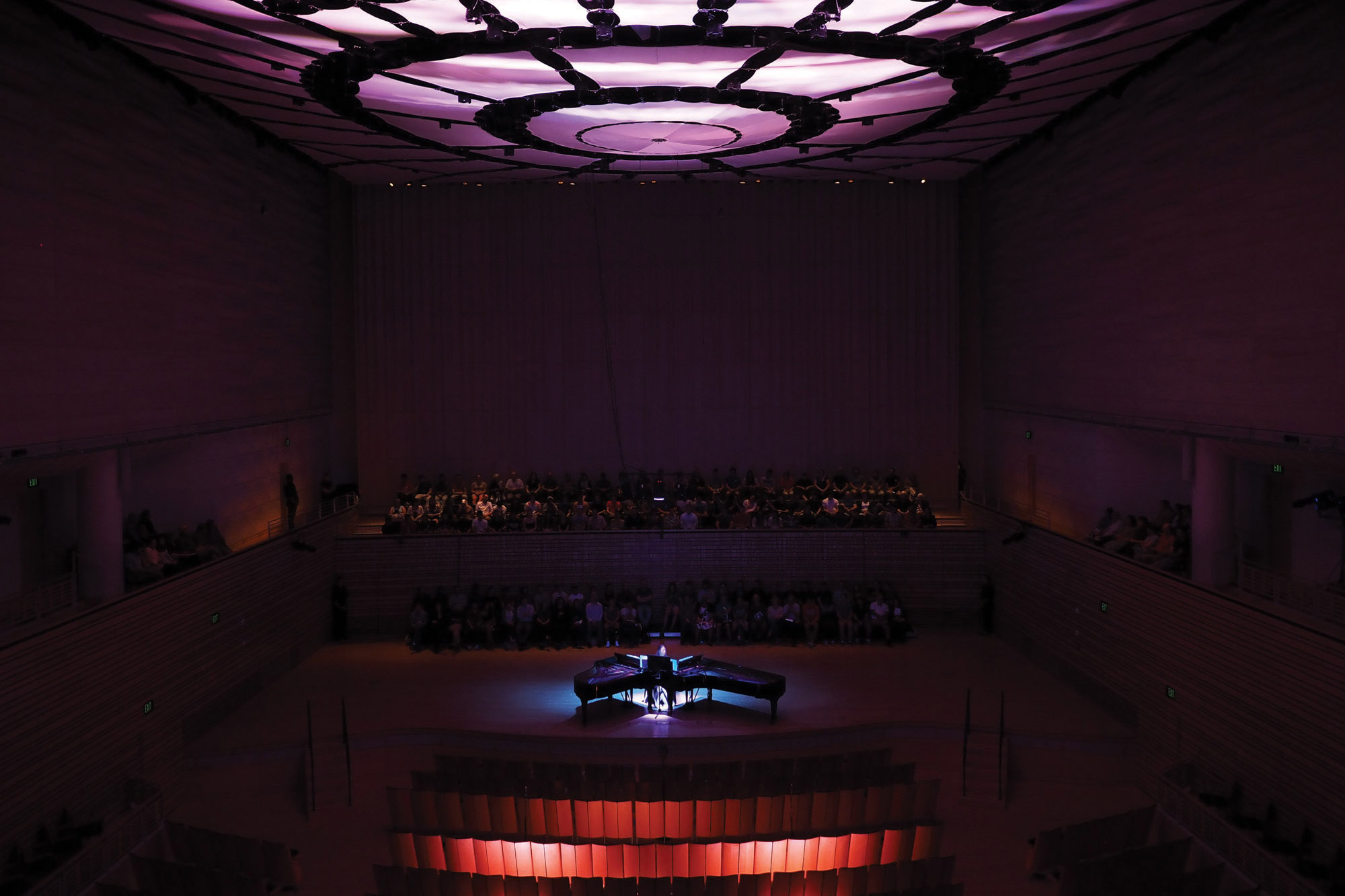 Performing on two pianos simultaneously, Mabel Kwan took on Trois Hommages, the virtuosic opus of contemporary composer Georg Friedrich Haas. Haas dedicated the work to three of the 20th century’s most influential composers—György Ligeti, Josef Matthias Hauer, and Steve Reich—and each of the piece’s three movements are played in their respective homage. While one of the pianos is tuned in a conventional manner, the second is detuned by a quarter-tone, creating 176 different pitches for the performer. Unfolding over an hour, this rarely performed composition requires incredible mental focus and physical stamina on the part of the player.

This performance was part of a residence in which Kwan recorded Trois Hommages for future release.

Main Image: Mabel Kwan in the concert hall as lit for Trois Hommages in 2016. Photo: EMPAC.