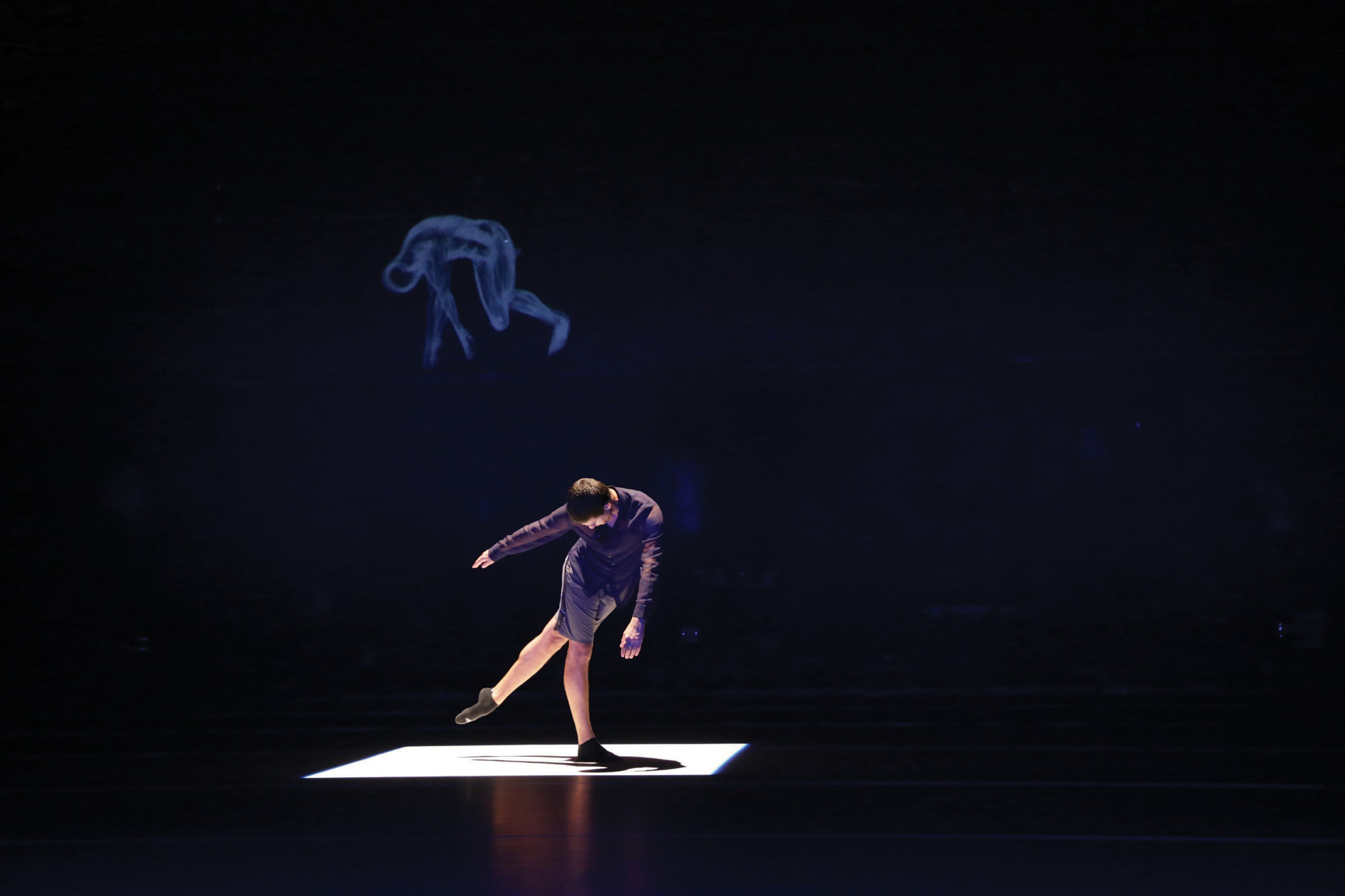 Where does a movement begin? Where does it end? What, and who, does it leave behind? In these performances, Bokaer used a digital avatar to compose body movements that he might not have discovered working with a physical person, and then transposed that choreography onto his own body for live performance. Over the course of the three works, Bokaer and his animated double dance together, the uncanny precision of each one’s movements building upon the other’s. The result was an intimate portrait of a man and the various media he comes into contact with—not just a computer, its software and projections, but also a chair, a ladder, an apple, and clothing. Bokaer navigated these objects with a personal movement style that goes beyond any specific technique and dialogued with themes of play, memory, ephemerality, and disappearance.

Jonah Bokaer is an American choreographer and media artist known for addressing the human body in relation to contemporary technologies. Recruited to the Merce Cunningham company at the unprecedented age of 18, Bokaer is a John Simon Guggenheim Memorial Fellow in Choreography, a United States Artists Fellow in Dance (Ford Foundation), and a Bessie award-winner. In addition to his own work, he has also choreographed for Robert Wilson and danced for such choreographers as John Jasperse, Deborah Hay, and Tino Seghal.