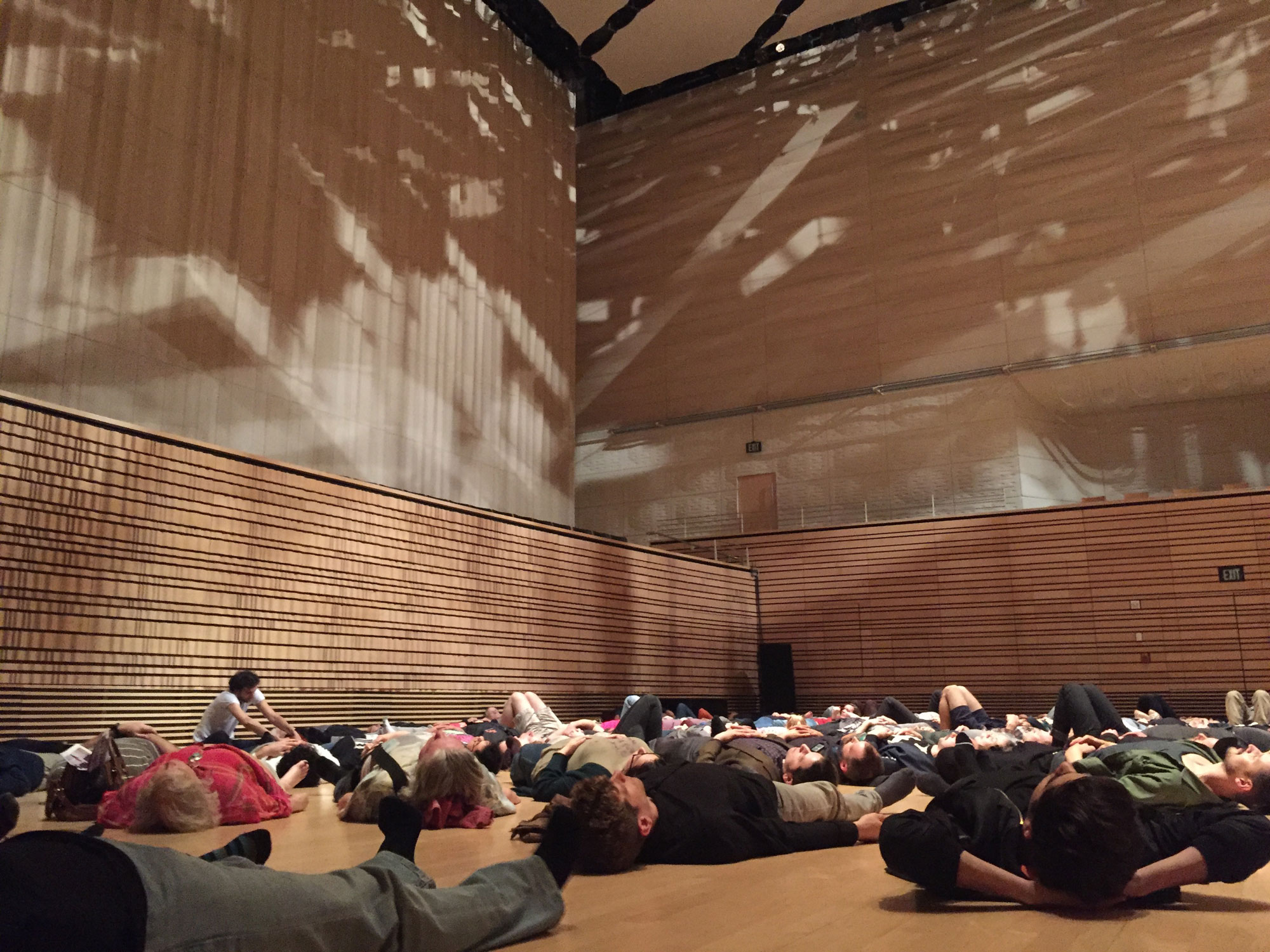 Atoui has been working in collaboration with Distinguished Research Professor of Music Pauline Oliveros and her students from the New Instrumentation for Performance seminar to think through propositions for new instruments and performance techniques. Several instruments that Atoui has been developing concurrently will be played throughout the public spaces of EMPAC and broadcast into the Concert Hall. The audience will be encouraged to explore the acoustic relationships between individual instruments and the architecture that they inhabit.

During this time, Atoui has also worked in partnership with UC Berkeley Art Museum and Pacific Film Archive, Center for New Media at University of California, Berkeley, and Meyer Sound to develop the Zero Point Nine an instrument that was premiered in a series of performances presented by BAMPFA in November 2015. The Zero Point Nine will be traveling to EMPAC for this presentation to be played alongside a new prototype interactive square wave synthesizer The Sit-thesizer by Julia Alsarraf, and the SubBassProtoTon developed by Johannes Goebel. The instruments from these two research and development phases in Troy and Berkeley respectively, will be presented together during Norway’s 2016 Bergen Assembly, organized by Atoui as artistic director.

This musical instrument was invented by director Johannes Goebel and has been installed for this performance. When inside, you can experience frequencies that dip below the human audible limit.

Rensselaer Arts grad Julia Alsarraf, has developed the Sit-thesizer as part of this performance.