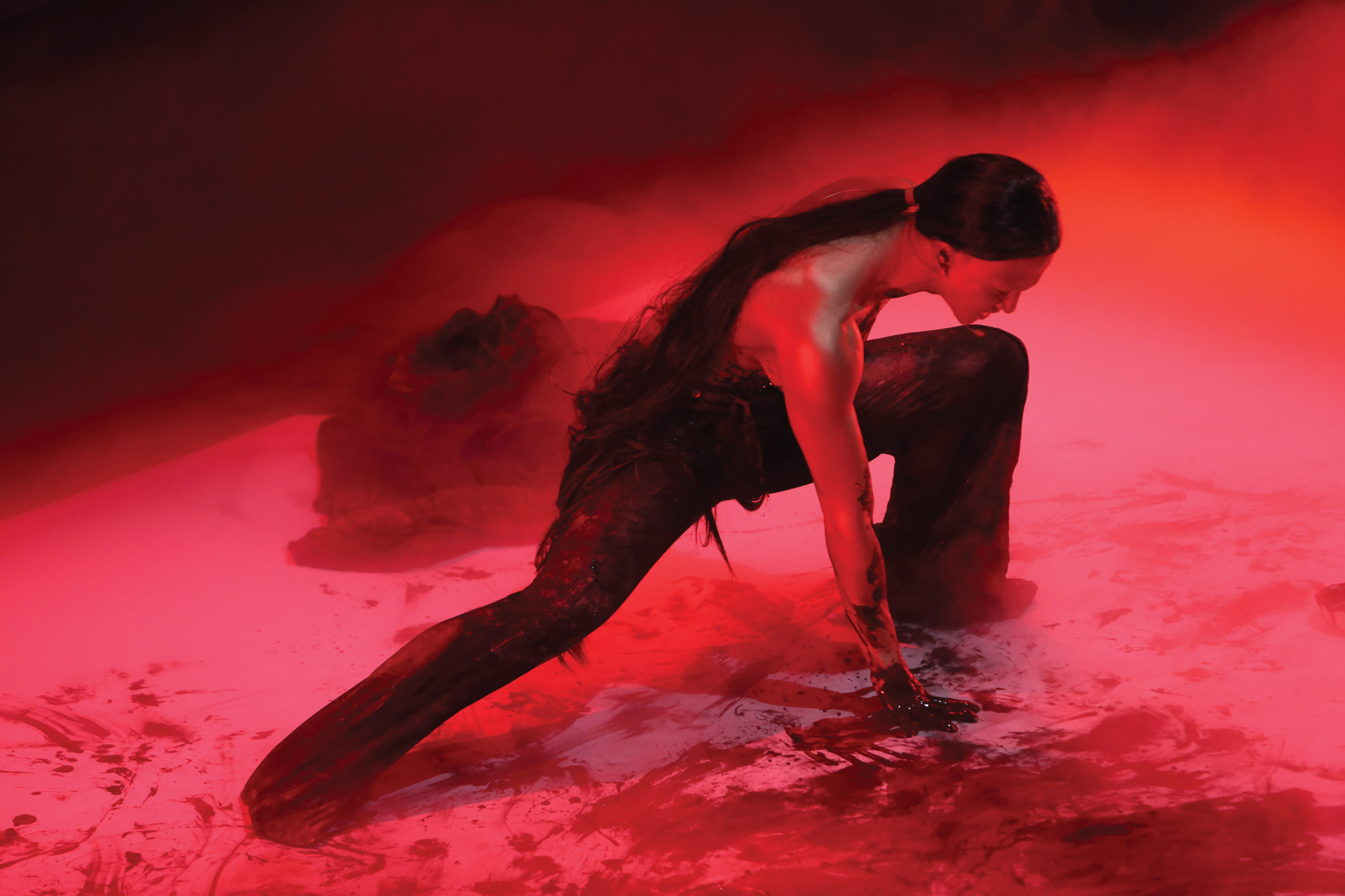 Moved by the Motion is a performance collaboration between artists Wu Tsang and boychild, featuring experimental cellist Patrick Belaga. As part of an ongoing series of such performances, Moved by the Motion explores different modes of storytelling through an improvisational structure of voice, movement, and music. The series began as a poetic interpretation of the science fiction world in Tsang’s forthcoming feature film, A day in the life of bliss, and has since evolved into its own form.

In the performance, Tsang, the film’s director, plays the voice, an evocative and commanding vocal performer, who uses language to manipulate the scene like a puppeteer pulling strings. boychild, the film’s principle actor, plays the mover, a visceral dancer who is bound to the voice but is constantly breaking down language with her ineffable physicality. All the while, Belaga plays the improvisational score live. "Play" is a central part of this performance—both play as an activity, and play as it defines a space for flexibility and leeway.