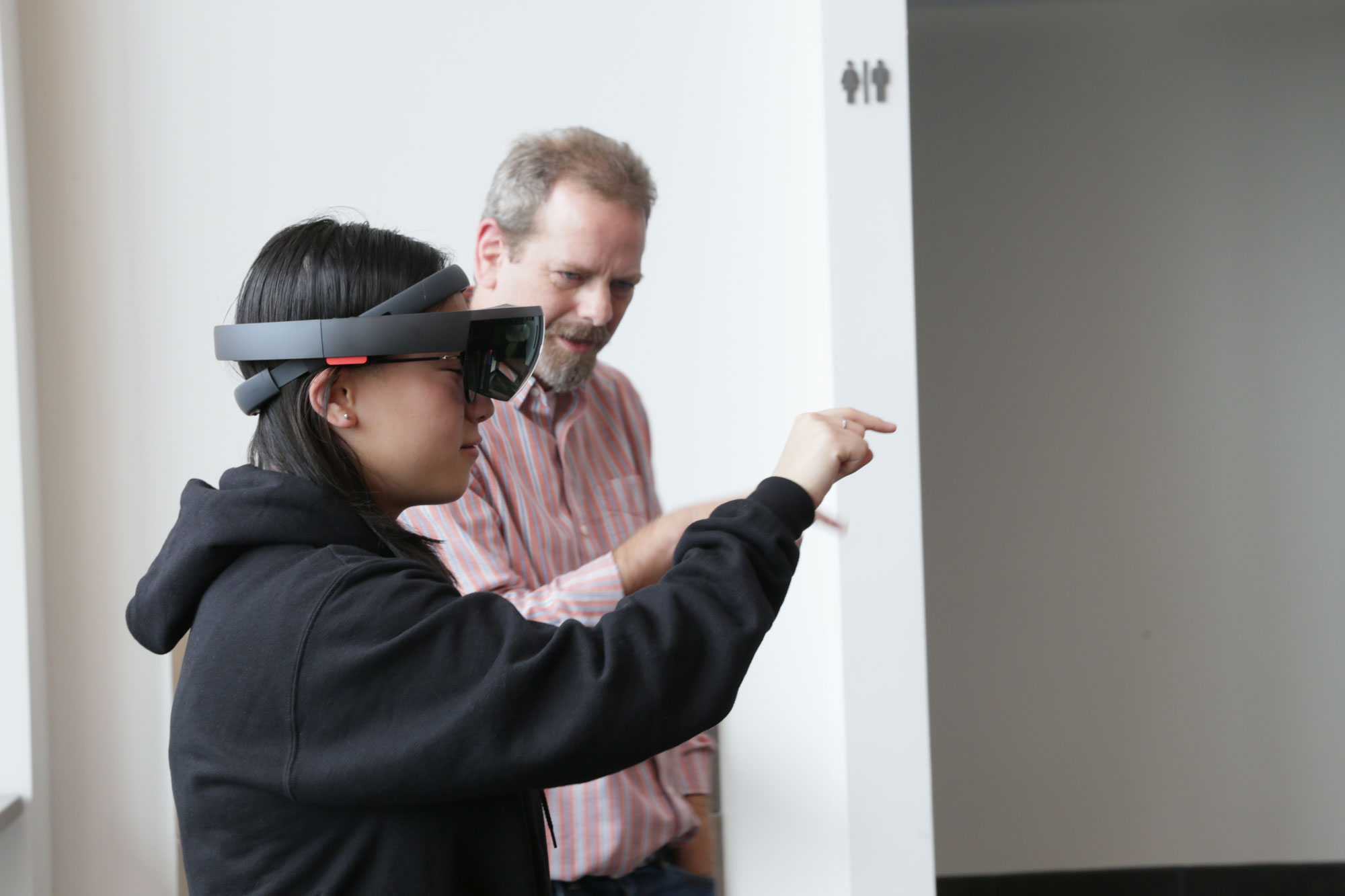 Microsoft’s HoloLens and the Future of Human-Computer Interaction

Distinct from virtual-reality environments, the HoloLens creates a “mixed reality” where computer-generated elements are integrated into the human world. From the classroom to the operating room and into the performing arts, applications for the system are just starting to be explored.

Following a daylong open demo of the HoloLens on the EMPAC Mezzanine, Microsoft’s Kayla Kinnunen will present a talk on the future of human-computer interaction within mixed-reality environments. Kinnunen leads a production team building HoloLens and Mixed Reality applications. She and her team generate content for the platform meant to reach a wide range of audiences and spur creativity and innovation in the new medium. This event will be an opportunity for audience members to help imagine the impact of devices like the HoloLens and provide feedback on their experience working in mixed reality.